Alcohol commercials often focus on the fun times of drinking, and show a confident and happy person doing it.

What they don’t want you to see is the aftermath of a few too many drinks. Lee Chapman, a British photographer, captured this scene in Tokyo the morning after the party.

Lee arrived in Tokyo in 1998 and has remained there ever since. During that time he’s created the Tokyo Times and got to know Japan’s biggest city pretty well, allowing him to capture many of its layers.

This is not a Japanese problem. Many of you will have seen cases of excessive drinking around the globe. While there is no easy solution to addictions such as these, this series can be a deterrent and help you avoid getting in the way. 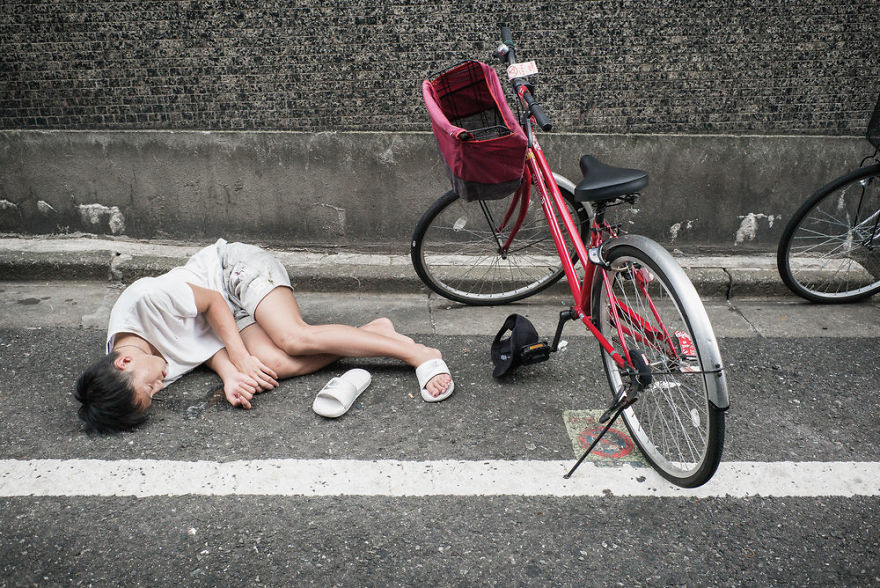 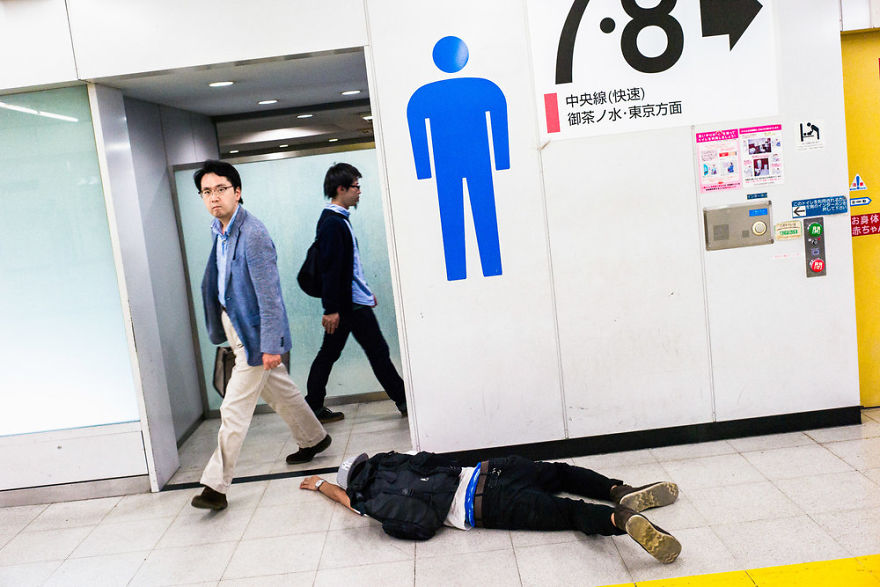 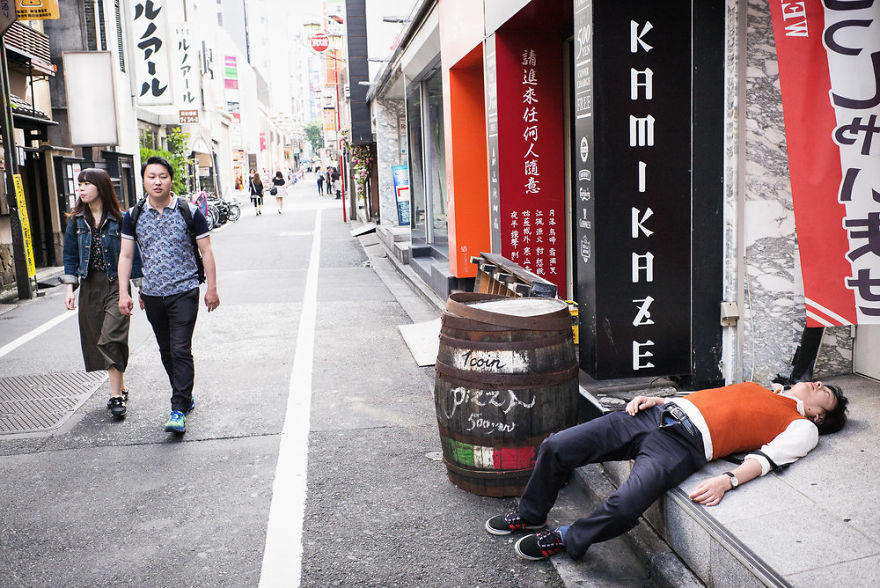 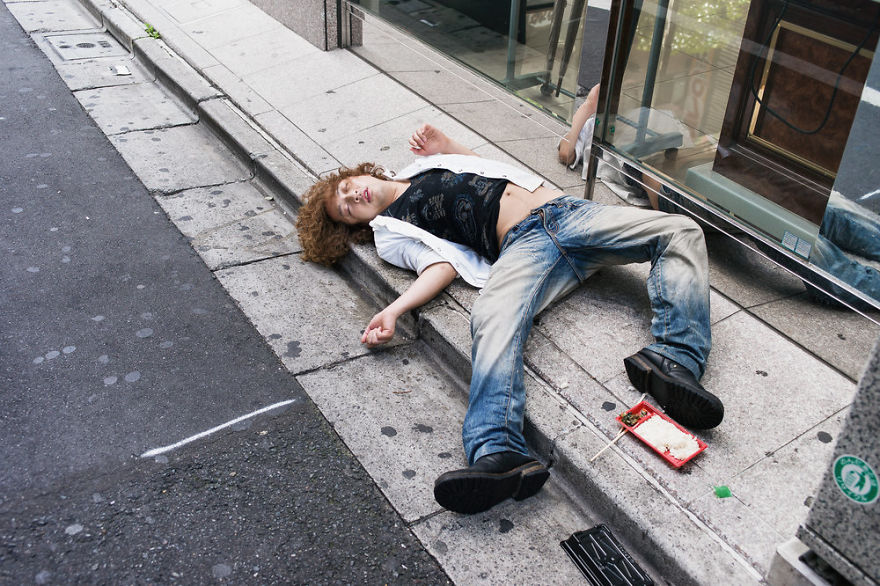 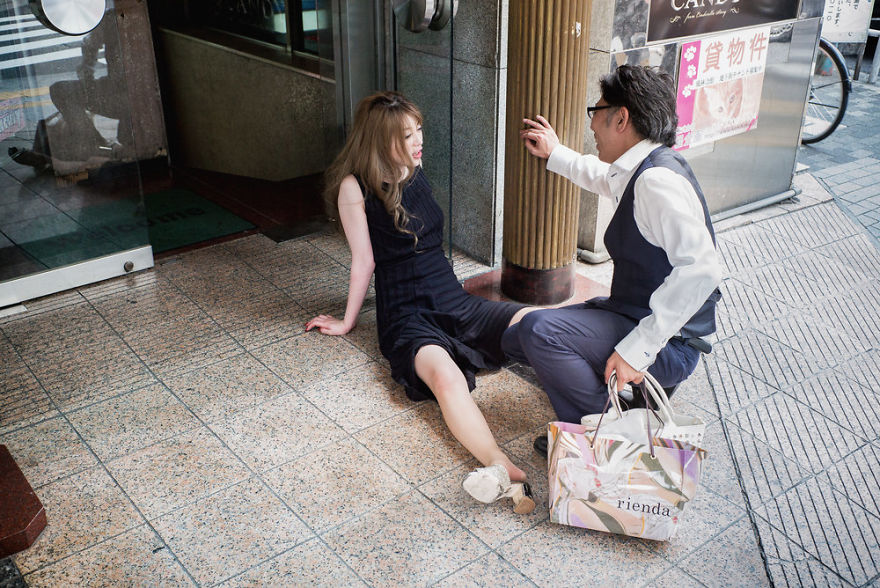 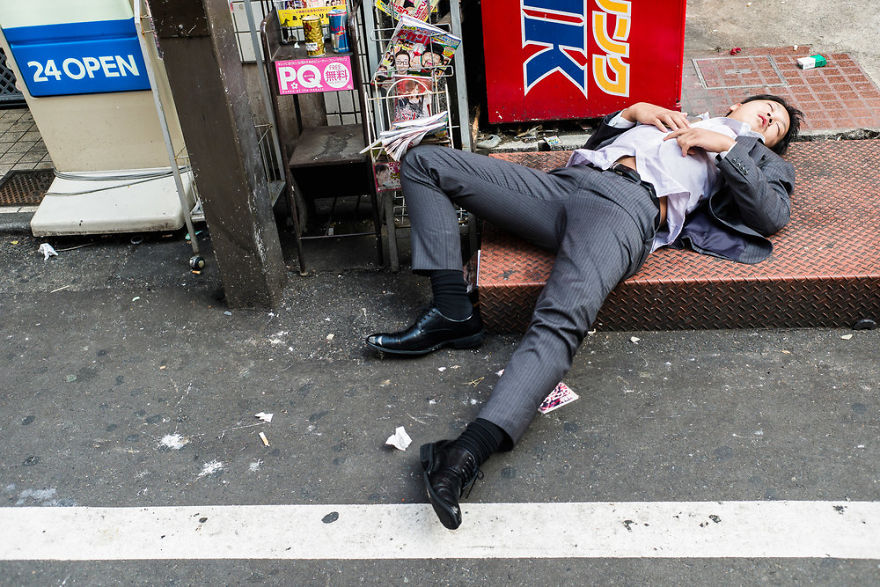 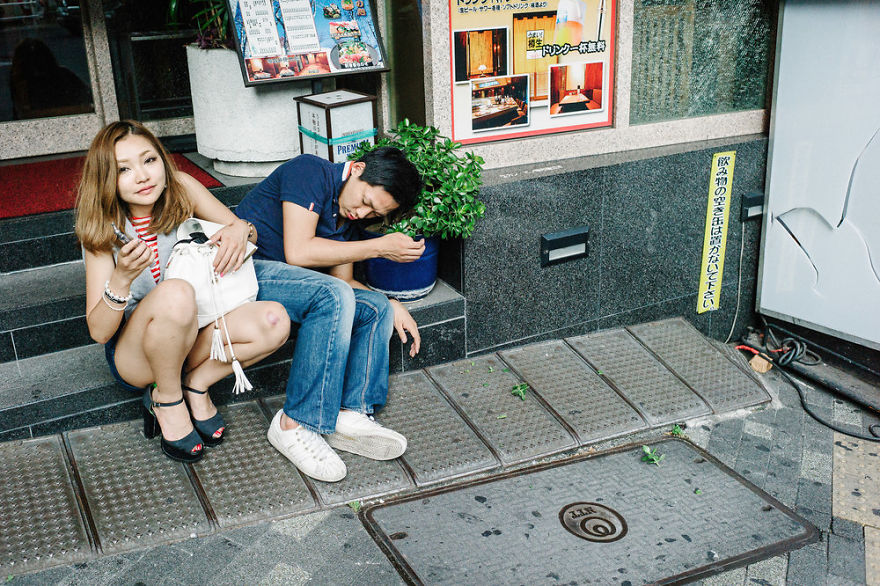 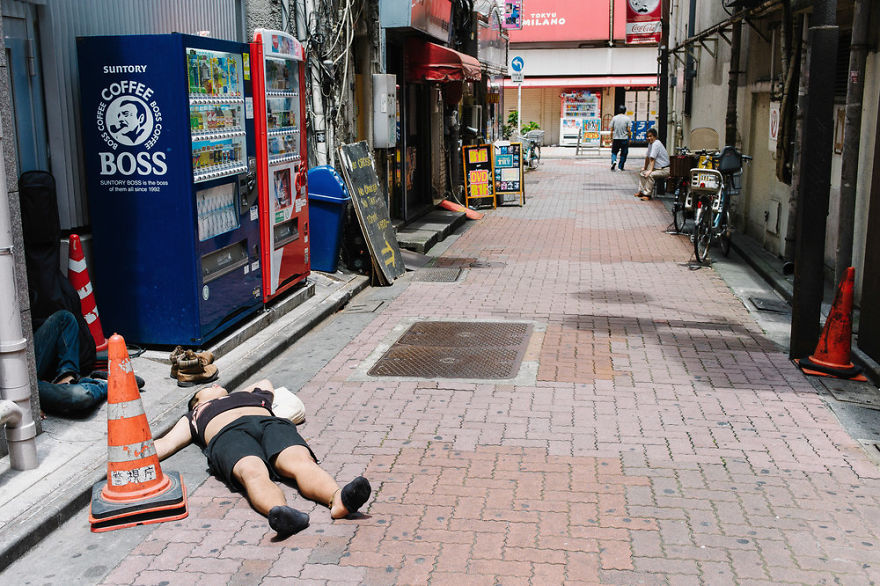 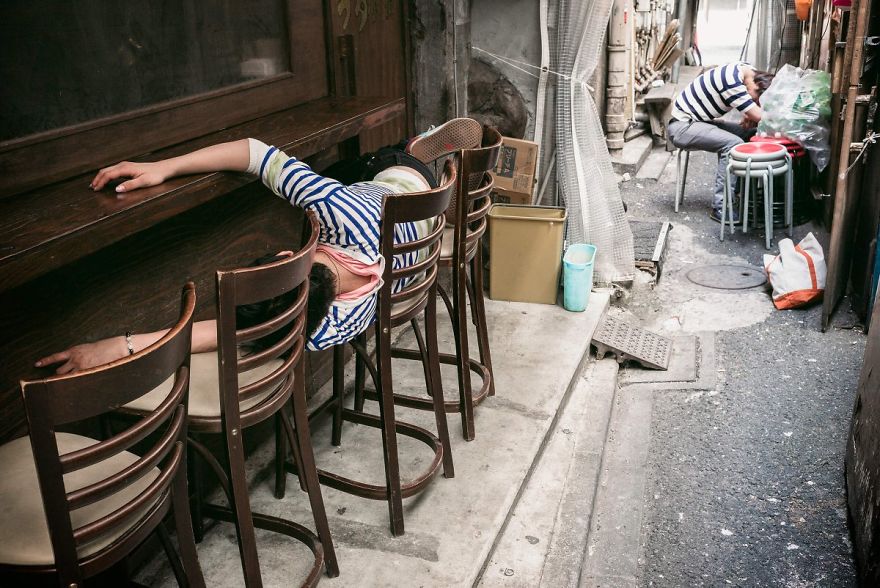 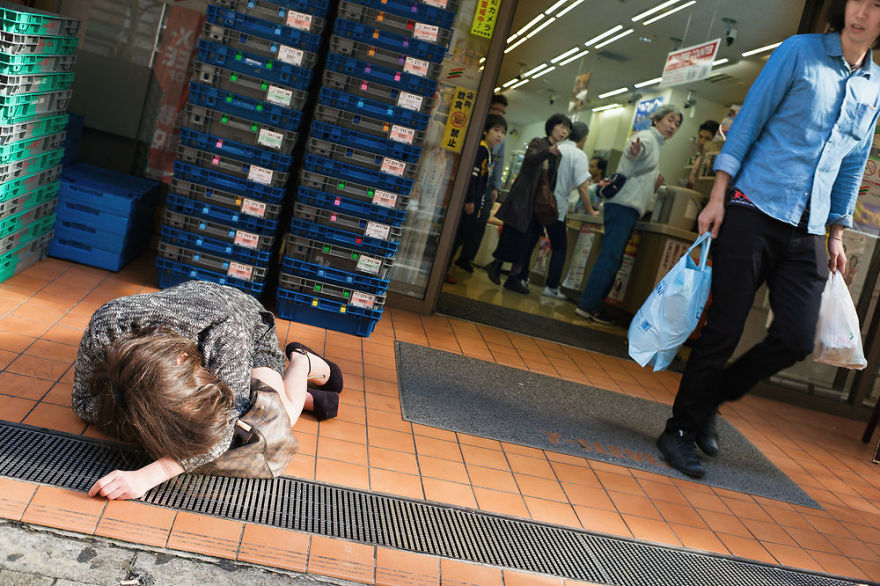 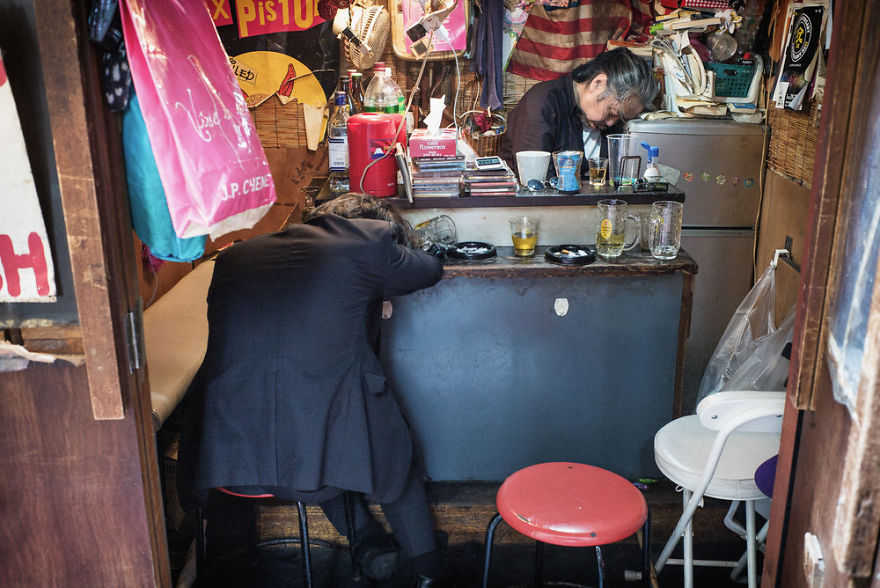 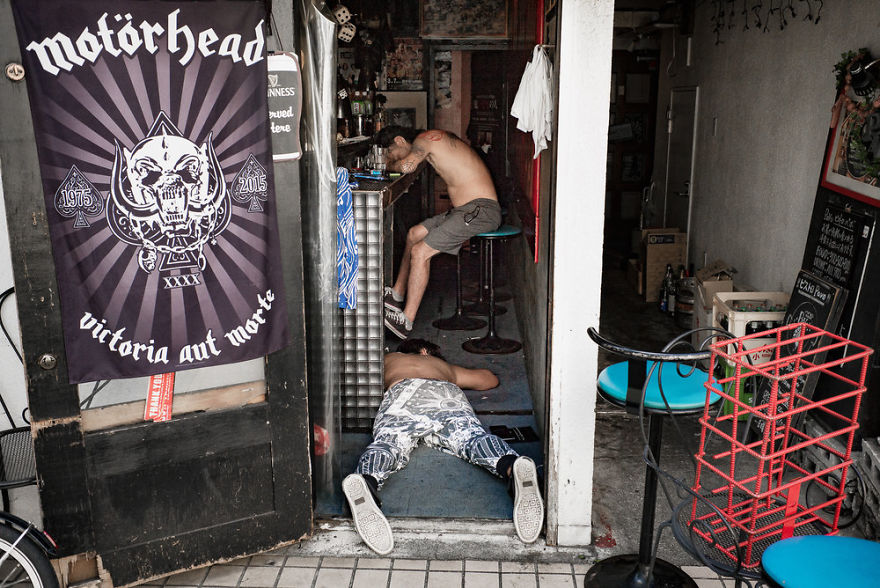 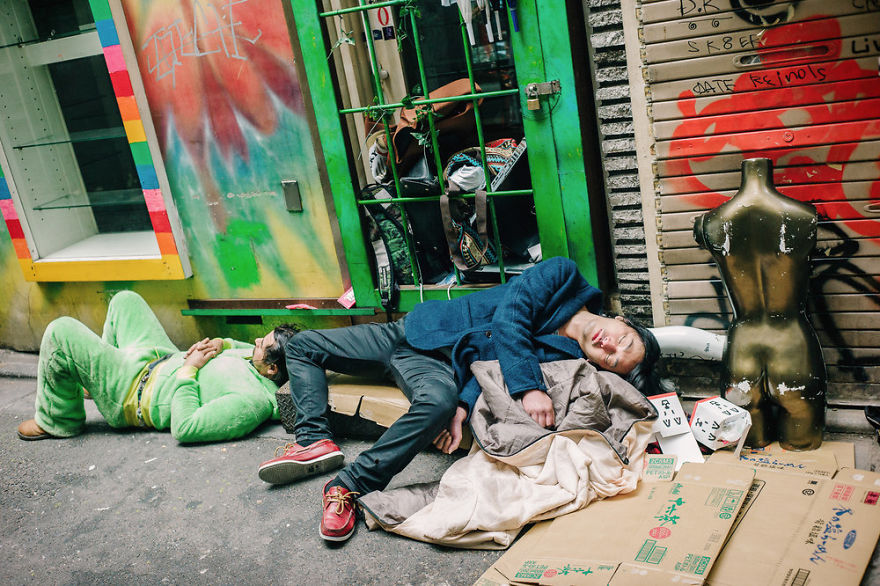