Sienna Mae Gomez is a TikTok star and social media influencer. At this point in time, she is only 18 years old. She is very active on the video-sharing platform TikTok and consistently posts content on the service.

Today, we are going to tell you everything about the social media star. Continue reading further to know more about the personal and professional life of Sienna Mae Gomez. 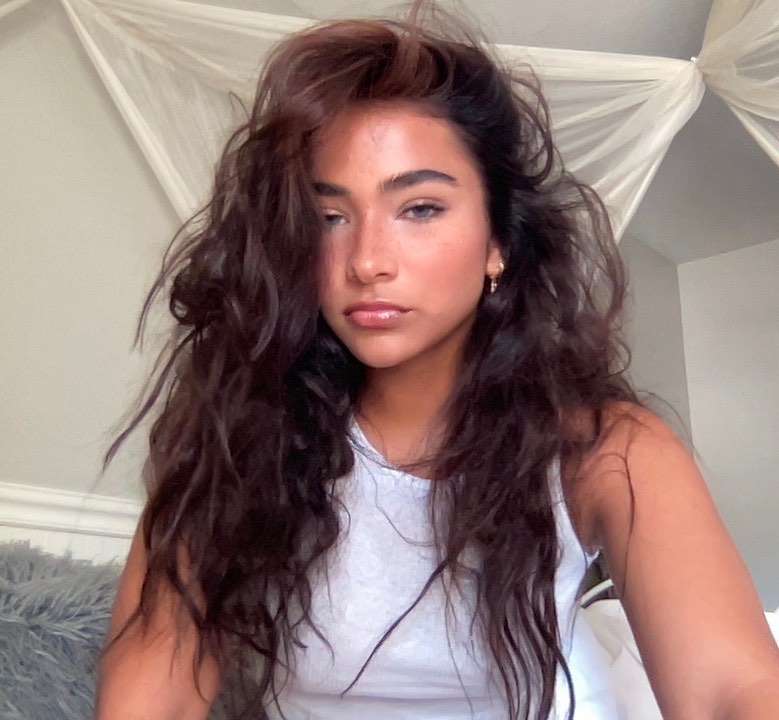 Here’s everything you need to know about Sienna Mae Gomez

Sienna Mae Gomez was born on January 16, 2004, in Temecula, California to Ramón and Dina Gomez. She is the second youngest of four children. Her brother Jacubis is a photographer by profession. The names of her other 2 siblings are as follows: Micaela and Caden.

Before getting name and fame, Gomez was a competitive dancer in her hometown. Now, she splits her time between Los Angeles, Hawaii, and San Diego. She joined TikTok in early 2020 and within that year, she gained the attention of the viewers. 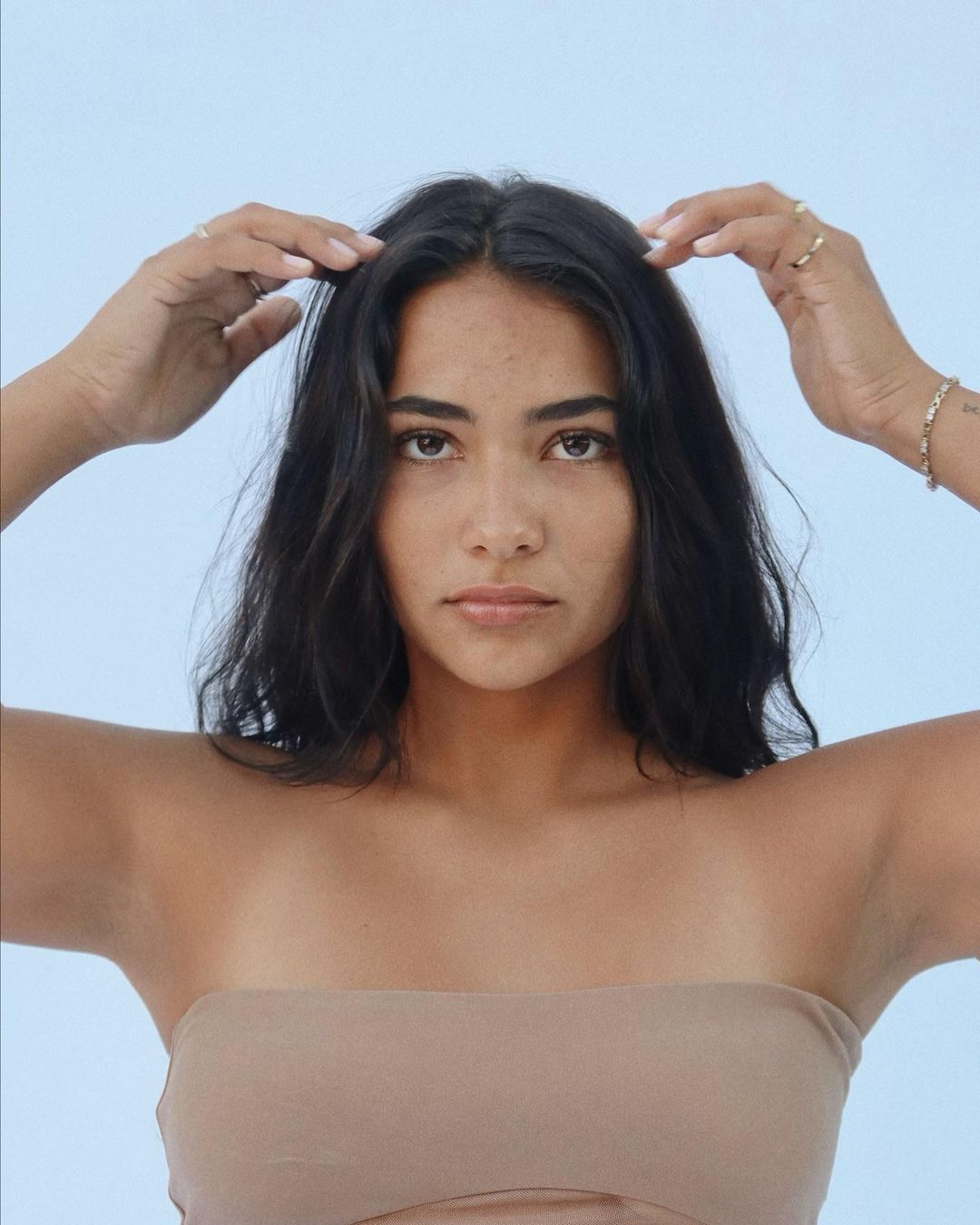 Sienna Mae Gomez is a social media influencer and TikTok star who is very famous for her duets, dancing videos, and body positivity clips on TikTok. So far, she has more than 13 million followers and over 1 billion likes on TikTok. She joined the platform TikTok in the year 2020.

In addition to this, Sienna also has a swimwear line and a merchandise store. To date, she has been a part of various campaigns by brands such as Maybelline, Levi’s, IPSY, Converse, and more. Over the last couple of years, she has worked with several brands, including Maybelline, IPSY, Levis, Aerie, Reebok, and RayBan. Last year, Gomez starred in a music video alongside Becky G, Julia Michaels, and Khea. Along with this, she also served as the host for a music awards show starring Lil Nas X, 24kGoldn, and other artists during the same year.

When we talk about Sienna’s personal life, at one point, she was linked to her fellow TikToker, Jack Wright. The two of them met each other for the first time when they were in high school and social media users often think they were a couple.

In the past, Sienna Mae Gomez and Jack Wright used to share a lot of lovey-dovey TikToks together but now things have changed between the two of them. Sienna Mae Gomez has been accused of sexual assault

Last year, Jack’s fellow friend Mason Rizzo accused Sienna of allegedly assaulting Jack but she denied the allegations on YouTube. Soon afterward, she addressed all the claims posed against her.

In a video posted on social media, Sienna said, “I unequivocally deny the allegations that I sexually assaulted Jack Wright. My name is being dragged in the mud, and I am going to stand up for myself and tell the truth. I have nothing to apologize for.”

She went on to say, “It feels really uncomfortable having to disclose this part of my life to the internet, especially because I am a 17-year-old girl. For so long, I was strung along and misled by Jack… It’s honestly really embarrassing for me because I gave my entire heart and all my love for nine months so vulnerably on the internet, and everyone can go and look at these videos and see how invested I was in our relationship.”

Gomez even stated that when the cameras were not rolling she wasn’t important to Jack Wright. Indirectly, she mentioned that he was using their relationship to increase his popularity on TikTok.

Sienna further added, “I’ve seen numerous arguments asking, ‘Why lie about sexual assault?’ And this isn’t a lie. But it wasn’t me who sexually assaulted him. We both know what happened, we both know who it was, and we both know that I was not at that gathering that night.”

Soon afterward, Jack replied to Sienna on the social media Instagram. Wright took to Instagram and wrote, “Sexual assault is a serious matter that has real consequences. Mason and James’ only intention was to protect me with the truth, and I really value their enormous support through this extremely difficult time.”

Wright further added, “I truly encourage my childhood friend Sienna to get the support and help that she needs. I don’t want to tear anyone down and only wish healing for everyone involved.”

Earlier this year, in January, Jack posted a 17-minute-long YouTube video in which he talked about the sexual assault he allegedly experienced from Sienna Mae Gomez.  In the video, Jack stated he can’t be quiet anymore.

Jack also alleged that other men had been assaulted by Sienna Mae Gomez and said, “Especially when other guys in LA told me what she did to them as well. I’m done being gaslighted and silenced. Y’all deserve to know. Please give me a little more time but please know that I’ve had love and support through all of this from friends, family, and all of you online.”

The answer to the above question is a huge yes. Sienna has a profile on the social networking service Instagram. We must say she has a good fan following on Instagram. As of this moment, she has nearly 1.5 million followers on the photo and video-sharing platform.

The social media star’s Instagram bio reads, “18, probably in la, hawaii, san diego” Up until now, Sienna has 492 posts on her Instagram feed. Her latest Instagram post is a Fall photo dump. “air: crisp phone: off leaves: colored me: happy,” she wrote alongside the carousel of pictures.

When we scrolled through the Instagram feed of Gomez, we found a series of pictures of her from trips all over the world, a few photos of her with his friends and family, and some stunning snaps of her from her professional shoots.

Who is your favorite TikTok star at the moment? Kindly let us know in the comments section below. Don’t forget to stay tuned with us for the latest updates from the world of showbiz.