Maryna Moroz is setting the internet on fire with her steamy pictures and is making history on the way! The UFC star has become the first fighter in history to sign a deal with Playboy Centerfold and pose nude for the platform.

The 31 year old MMA fighter from Ukraine, who has been fighting in the UFC since 2015 making a successful career for herself, is excited to show her new and different side to the world. Continue reading to watch the racy pictures and know more about Moroz’s deal with Playboy.

Moroz made the announcement on her social media, sharing some revealing photos in a bathing suit. “Happy to announce that I’ll be the first UFC Fighter on Playboy Centerfold! Can’t wait to partner up with such an iconic brand with clothing, activations, and now the platform that has all my exclusive content,” wrote the fighter along with the photos.

The news got fans excited, who congratulated the mixed martial artist on her achievement. Moroz further revealed that she would sign ten of her pictures for anyone who retweets her post and follows her account.

🚨Announcement🚨 Happy to announce that I’ll be the first UFC Fighter on Playboy Centerfold 🐰! Can’t wait to partner up with such an iconic brand with clothing, activations, and now the platform that has all my exclusive content 🍑” Link In Bio!! @plbycenterfold @playboy pic.twitter.com/JSw1Tw6Nxr

Maryna is also offering a special discount for early birds. She wrote, “Follow for free! And subscribe for 2$ only today and tomorrow!! Ask me anything.” The bio on her Centerfold profile reads, “I’m UFC’s Maryna “The Iron Lady” Moroz! I am the first professional UFC Fighter on PlayBoy Centerfold! In my free time outside the octagon I love to model, run, travel, and chat with my fans! Subscribe to see all my NSFW content, and talk with me direct!”

Moroz Says the Deal has Changed her Life

Maryna has now talked about her transition to modeling in an interview with TMZ. “Before, I was a very closed person. Now, America changed me, and now I’m open, and I feel more energy when I show nude pictures,” she said.

“My life is like train, my pictures, rest, food, and that’s it. Super big fight for me, and I’m ready for it because I work hard and focus is always in training. I love my job! Playboy is super big for me. It changed everything in my life, and now I am different. I am a different person,” she added.

Moroz has maintained that fighting still comes first for her, and modeling will be secondary. The fighter signed on with UFC in 2015, a year after appearing at the XFC International 7. She has an excellent track record, with a recent three-match winning streak defeating Sabina Mazo, Mayra Bueno Silva and Mariya Agapova. 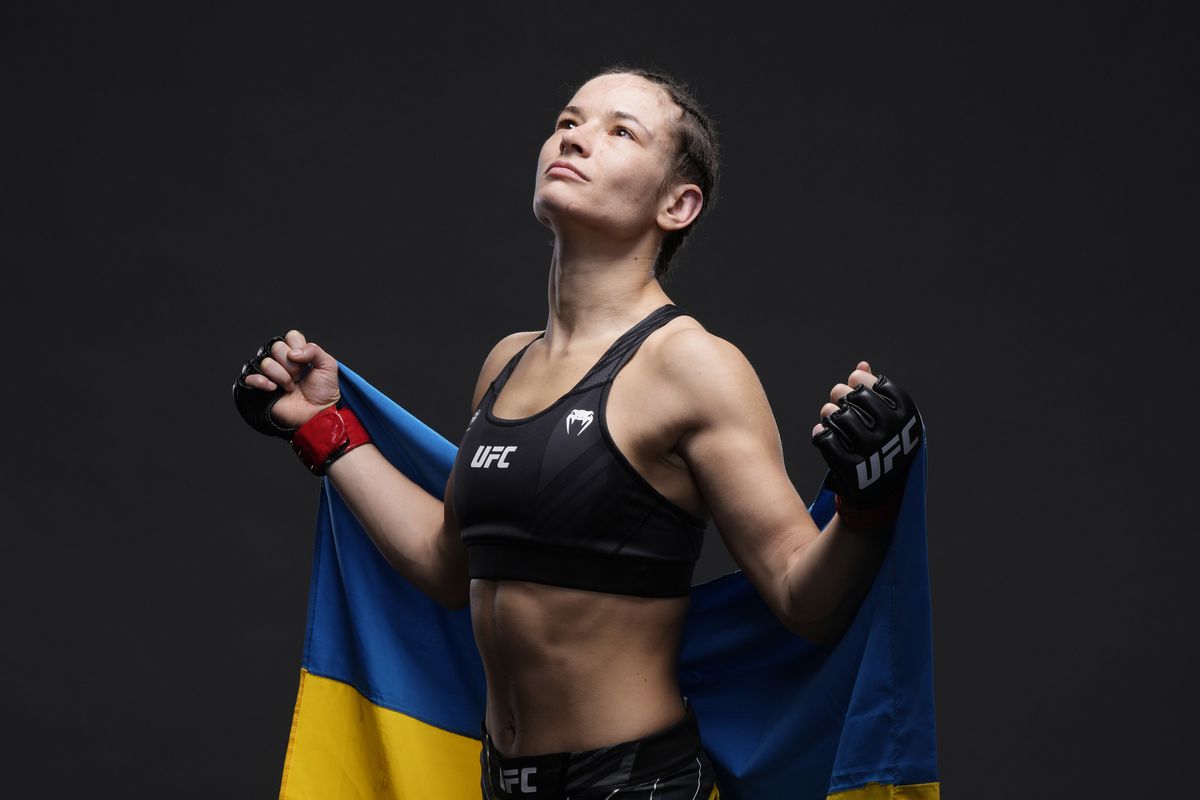 The mixed martial artist fights in the Women’s Flyweight division and boasts of 11 wins in 14 matches. Moroz also serves as the boxing coach for Ukrainian Olympic women’s boxing team. For her next match, she will be returning to the Octagon at UFC Vegas 64 on November 19 to face Jennifer Maia.

What are your thoughts on Maryna becoming the first UFC fighter on Playboy? Tell us in the comments section.