Taylor Swift is one of the most celebrated names in the music industry. The singer has achieved a lot and is still spreading her wings globally, flying up and high. Besides singing and recording, Taylor loves to spend her time on social media platforms, where she interacts with her fans and roots for her friends.

Time and again, she boosts and speaks highly about other creators, including her best friend Selena Gomez and her brother Austin. Yes, Taylor Brother has a younger brother, and this article discusses the same.

Here’s everything to know about Taylor Swift’s younger brother.

Taylor and Austin Grew Together

Taylor Swift grew up alongside her younger brother, Austin. They share a sweet sibling bond and always have each other’s back. 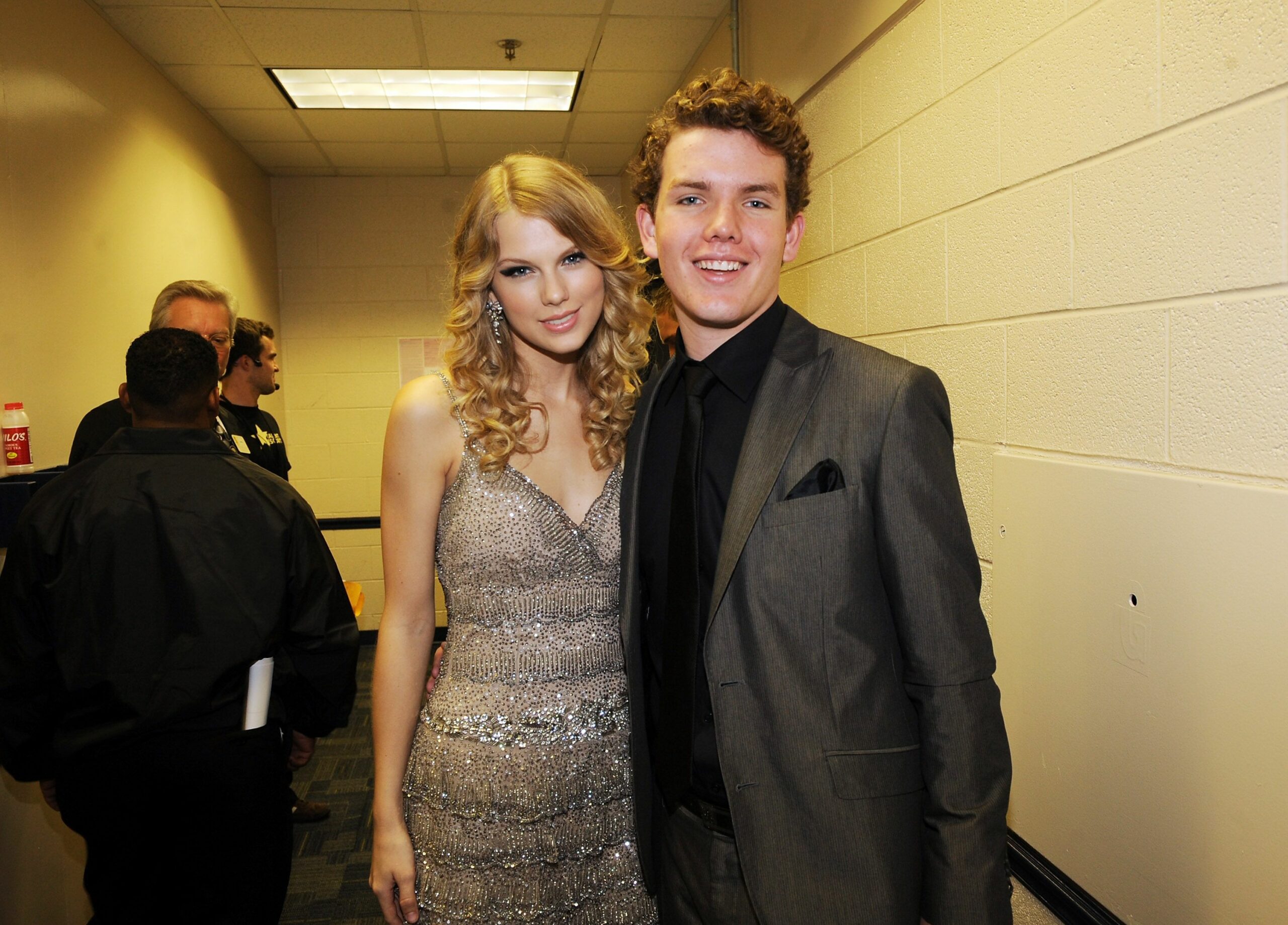 What does Austin Swift Do?

Austin Swift is an actor.

He completed his graduation from the University of Notre Dame in 2015 with a degree in film. It’s been only a few years out of school, yet he has managed to score a role in some promising projects and big names. In his first film, IT, Austin starred alongside Pierce Brosnan.

Since then, he has been a part of many projects, including Live by Night, a crime drama. He also had a role in one episode of Still the King, a CMT sitcom. Austin was further seen in a short-lived drama series called Embeds.

Currently, he is working on many upcoming projects that are sure to expand and grow his career by leaps and bounds.

How Close is Austin with her Sister?

Taylor Swift and her little brother share a great relationship, as reflected on the former’s Instagram account. Austin, too, loves rooting for her sister on social media.

After the release of Evermore, Austin shared a snap of Taylor on his Instagram handle with a caption,

“As a brother and friend, I couldn’t be more proud as a lifelong fan. I am thrilled beyond words. As a human being, I am simply dumbfounded at this level of artistry and depth of insight into what it is to love and lose to and to simply exist. Now please stop reading this and go listen to evermore by @taylorswift!!!!”

Keep in touch for more on the personal lives of your favorite celebrities.