Webtoon, the popular webcomic platform, has been facing some issues over the last few days as users around the world are reporting that the app is not working properly. The comic site is said to be down, and the app is crashing, freezing, and not opening for some users.

The platform hosts a huge collection of comics, manga, and manhwa and is widely popular among anime lovers. The crash has led to panic among many fans, who are now waiting for the issue to be resolved. Thankfully, there is a way to fix the problem easily. Read on to find out.

Multiple users have reported that they are facing issues accessing Webtoon. Others have said that the content is still accessible on the website, and the issues are only persisting on the app. Over the last two days, a number of people have tweeted that the platform is down.

“is webtoon still down for everyone else? i swear it’s been 2-3 days and the app won’t stop loading for me,” wrote a user, while another tweeted, “@webtoonofficial why aren’t you sorting out the app being down. please helppppp.”

is webtoon still down for everyone else? i swear it’s been 2-3 days and the app won’t stop loading for me.

A user posted, “why is the webtoon app down rn… my nightly routine is being disrupted.” Another wrote, “Been trying to open the app all day, and it never switched from the green screen.”

How to Fix the Webtoon App Not Working Issue?

If you, too, are encountering problems while accessing the app, there is a simple way to fix the issue. Uninstalling and reinstalling the app can get things back to normal, and you can continue to scroll through your favorite comics again.

On January 23, Webtoon addressed the issue on its official Twitter handle and wrote, “We’re aware some people are experiencing issues accessing our service. We’re working to fix it ASAP. Thank you for your patience.”

We’re aware some people are experiencing issues accessing our service. We’re working to fix it ASAP. Thank you for your patience.

The developers also provided the solution to the ‘green screen’ issue and wrote, “We want you to get back to scrolling the night away ASAP. If you’re stuck on a green screen, delete your app and reinstall. We recommend writing down your login credentials first!” The app has said that if you continue to face issues despite reinstalling the app, contact [email protected] 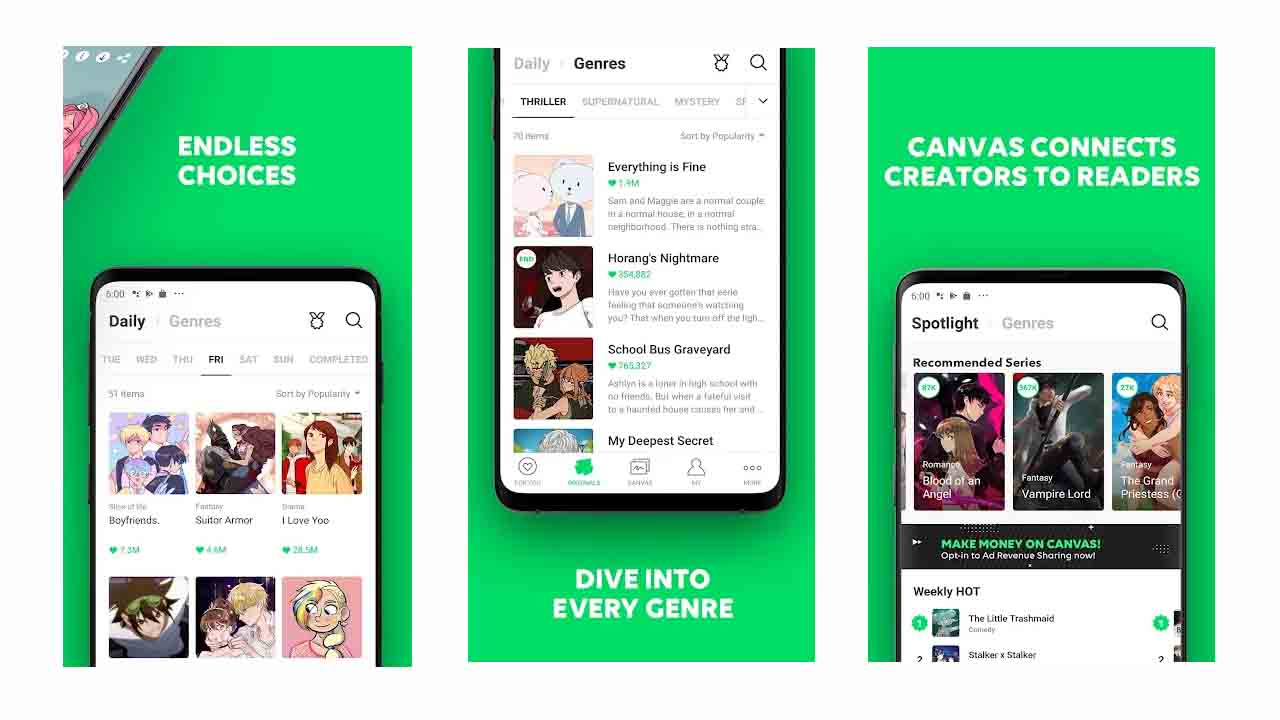 The solution has worked for many users. “I thought I was the only one. I deleted it and then download it again, and it worked. Hope this help, replied a follower, with a second one writing, “I got the green screen on my phone since the last update (2 days ago). I Uninstalled it and reinstalled. Now is working again.”

The issue has come at a time when Webtoon is preparing to add several new web novel adaptations to its catalog. The platform has announced a number of new web books and comics will be arriving this year, including Trailer Trash, The Primal Hunter, Paranoid Mage, A Practical Guide To Evil, Chasing Red, and Float.