Tucker Carlson is an American television host, conservative political commentator, and author who is most noted for hosting Fox News’ political talk show called Tucker Carlson Tonight. The show premiered in the year 2016.

Lately, Tucker Carlson has been the talk of the town due to his interview with the Donda rapper Kanye West. Keep reading further to know more about Tucker Carlson including his age, career, and net worth. 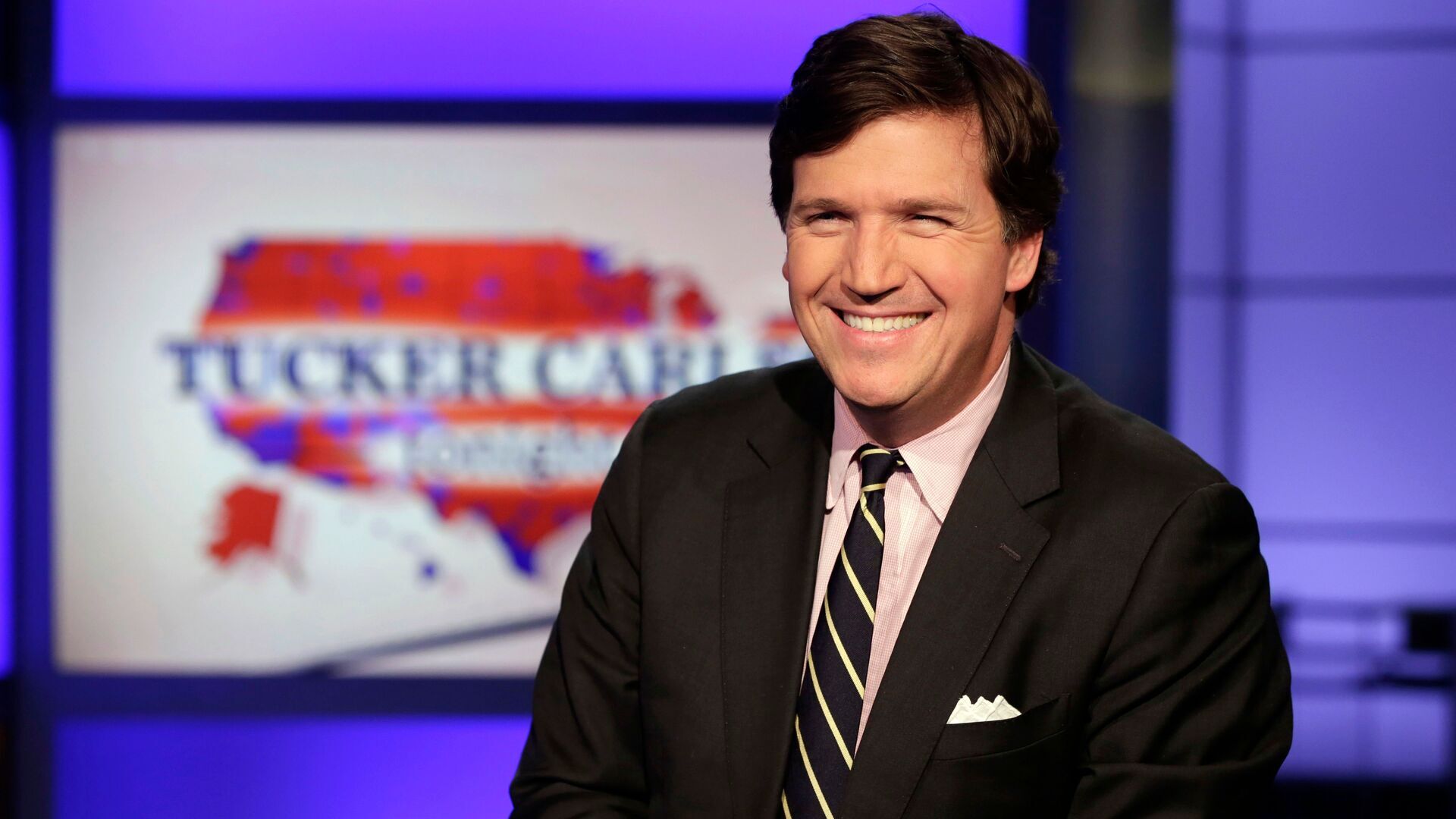 What is the net worth of Fox News host Tucker Carlson?

As per the reports of Celebrity Net Worth, the estimated net worth of the Fox News host Tucker Carlson is a whopping $30 million. He has been the host of the talk show Tucker Carlson Tonight since the year 2016.

It has been reported by the media outlet, that Tucker Carlson who is known for his outspoken views, makes somewhat around $6 million per year at Fox News. Isn’t that insane? 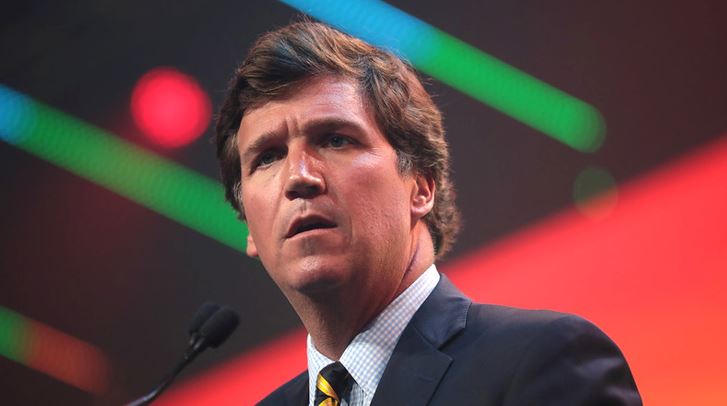 Tucker Carlson was born on May 16, 1969, in San Francisco, California, U.S. He is the elder son of Dick Carlson, a former “gonzo reporter” who became the director of Voice of America, president of the Corporation for Public Broadcasting and the U.S. ambassador to Seychelles and San Francisco native Lisa McNear who was an artist by profession.

Tucker has a younger brother named Buckley Peck Carlson. His younger sibling Buckley has worked as a communications manager and Republican political operative. Carlson is of English, German, and one-sixteenth Swiss-Italian ancestry. Tucker’s parents got divorced in the year 1976 after nine years of marriage. His father got custody of Tucker and his younger brother Buckley. His mom left her kids and the family when he was 6 years old to pursue a bohemian lifestyle.

Soon afterward, Carlson, his dad, and his brother shifted to the La Jolla neighborhood of San Diego, California. He went to La Jolla Country Day School and he was raised in a home overlooking the La Jolla Beach and Tennis Club.

His dad went on to marry divorcée Patricia Caroline Swanson in the year 1979. At that time, Tucker was 10 years old. For those of you who are unversed, let us tell you, Patricia is an heiress to Swanson Enterprises, daughter of Gilbert Carl Swanson, and niece of Senator J. William Fulbright.

When did Tucker Carlson start his media career?

Carlson kickstarted his media career in the 1990s, by writing for The Weekly Standard and other publications as well. He was a CNN commentator from the year 2000 to 2005. From 2005 to 2008, he served as the host of the nightly program Tucker on MSNBC. Along with this, he hosted Tucker Carlson: Unfiltered on PBS for two seasons.

Tucker started working for Fox News in 2009. During his early years at the network, he was a frequent guest panelist on the network’s late-night satire show Red Eye w/ Greg Gutfeld. Soon afterward, he founded and served as editor-in-chief of The Daily Caller, a news website that was launched by him in the year 2010. In addition to this, Tucker who graduated from Trinity College with a bachelor’s degree in history in the year 1991 is also an author. To date, he has written a total of three books and they are as follows: Politicians, Partisans, and Parasites (2003), Ship of Fools (2018), and The Long Slide (2021).

Did Tucker Carlson sign an extension contract with Fox News?

In the spring of 2021, Carlson started hosting a show on Fox Nation called Tucker Carlson Today. During a media interaction, Tucker talked about his new duties and he said, “This is my 12th year at Fox News and I’ve never been more grateful to be here.” 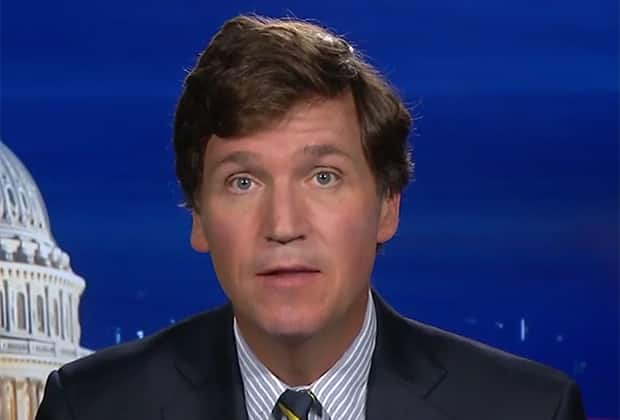 Carlson went on to say, “As other media outlets fall silent or fall in line, Fox News Media’s management has redoubled its commitment to honesty and freedom of speech. I consider that heroic at a time like this.”

When we talk about the personal life of Fox News host Tucker Carlson, he is a happily married man. The name of his ladylove and the mother of his kids is Susan Andrews. The two of them have been married since the year 1991.

As per various reports, Tucker Carlson and Susan Andrews met each other for the first time at St. George’s School, a boarding high school in Middletown, Rhode Island. At that time, she was the headmaster’s daughter. Susan and Tucker tied the knot on August 10, 1991, in the school chapel after he got permission from her dad. 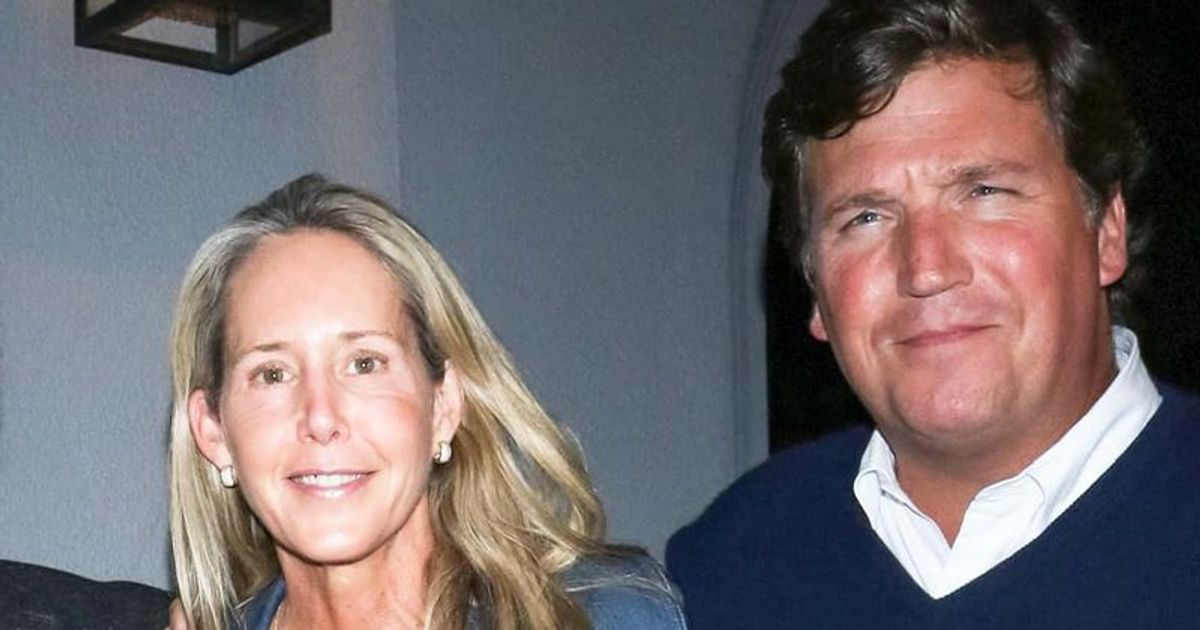 In a 2000 media interaction with People magazine, Tucker couldn’t stop gushing over his wife Susan Andrews, and told the media outlet, “She was the cutest 10th-grader in America.”

On the other hand, Susan went on to say, “There was a bounce in his walk. He was in his khaki pants and ribbon belt and I thought, even then, he seemed so optimistic and positive.”

The couple shares four children. The names of their kids are as follows: Hopie, Buckley, Dorothy, and Lillie. According to the reports in People magazine, Lillie is Susan and Tucker’s oldest child, followed by Buckley, Hopie, and Dorothy. 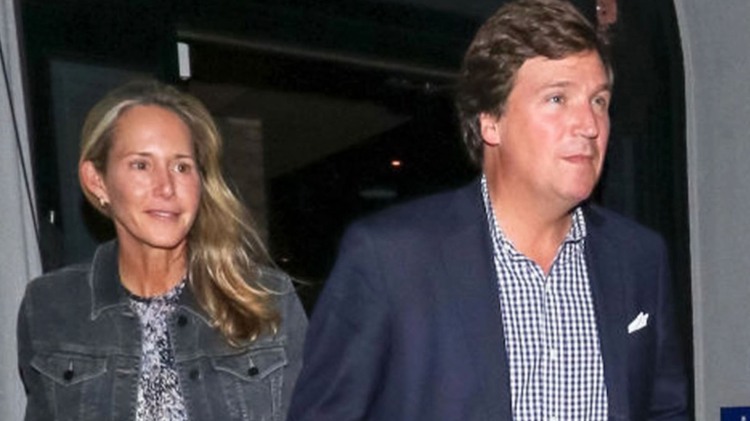 Have you seen Tucker Carlson’s show Tucker Carlson Tonight? Kindly let us know your thoughts on the show in the comments section below. Don’t forget to stay tuned with us for the latest updates from the world of showbiz.