True Geordie has been banned from Twitch for making Islamophobic comments toward Andrew Tate.

For those who are not aware, Andrew Tate is a controversial fighter-turned-internet-personality who went viral for his comments on a lot of things. Many of his opinions were controversial which got him hate and even banned from many apps like Instagram, TikTok, Facebook, Twitch, and YouTube.

Even though he is not there on any of the mentioned sites, he continues to make appearances in podcasts and often goes viral for his opinions.

About a month ago, the news of Tate converting to Islam also did the rounds on the internet.

Why Was True Geordie Banned?

True Geordie is an English YouTuber. He holds a podcast on the channel along with his best friend Laurence McKenna. When asked about a potential fight with the former fighter, Geordie said “I would gladly blow myself up if I could take that sh*tbag with us. If he really wants to prove it, do the right thing.”

This Islamophobic statement went viral and got him a lot of flack. Twitch banned him on the platform soon after.  Although he is mostly known for his YouTube, Gordie holds a weekly football show on Twitch called the KickOffShow, which he won’t be able to do after the ban.

There is no clarity on how long the ban is for.

A little while later, he tweeted an apology that read “I made a very stupid comment last week on a Livestream which has upset a lot of people.” He tweeted a link to his apology video and wrote “I want to say sorry, please watch this guys as I mean every word.”

The video is 22 minutes long where he talks about what happened. He said that he didn’t believe that Tate had actually converted so it was a silly way to say it and prove it by blowing yourself up. He also went on to say that he was not prejudiced against people of any religion.

In one of the clips, he said that telling Andrew Tate to go and pray five times a day would not be the same as telling him to “f*ck off”, which is what he meant by that statement.

To clarify what he meant by telling Tate to “blow himself up”, he said “I made a joke in questioning that ‘newfound faith’ of his, that conveniently comes at a time when he needs as many supporters as he can get. It was a stupid joke.” 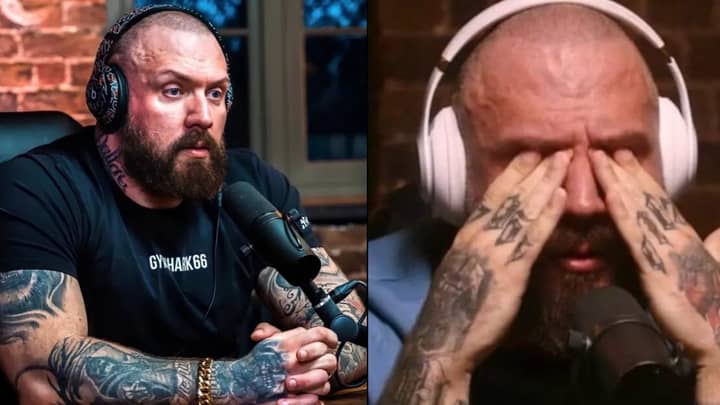 How Did People Respond?

One of his sponsors, Gym Shark canceled their deal with him. They posted a statement on Twitter “We do not condone racism, discrimination or Islamophobia in any form,” and further added that they were suspending their relationship.

PokerStars also issued a similar statement and said that they “do not tolerate any comments or attitudes that don’t align with our inclusive values.”