TikTok is the home of trends and every single day you can find a new one going viral. The latest trends to join the list are the “Pulling Man Game” and the “Green Line Test.” Find out what they are and how to play the Pulling Man Game going viral on TikTok.

Both of these are pretty different. One is a potential relationship-based test that tries to figure out the bond between two people while the other is a random game that TikTok users are playing to prank other people. However, they are going viral under a single keyword.

Regardless of that, let’s quickly jump further to figure out everything about them. After that, you’ll be able to take the Green Line Test or play the Pulling Man game and post your TikToks around them.

What is the Pulling Man Game going viral on TikTok?

The Pulling Man game is the latest viral sensation on TikTok that users are playing to create comedy and prank videos. This game is created by Project Playables. It’s available on their official website- “projects.playables.net/keys.”

You can visit the site to play a simple and satisfying game. There isn’t much to do but you’ll see a white-bodied animated man in empty space. The man is holding four keys in each of his limbs (arms and legs). You can control these using the arrow keys on your keyboard.

When you press any key, the related limb will stretch and the man produces a sound. You can describe it as wailing or whimpering while others would call it a shriek. Some users find the sound as if the man is moaning. This has led to the game going viral on TikTok.

How to play the Pulling Man Game for TikTok?

The Pulling Man game is going viral on TikTok as the man’s reactions to pressing the keys and stretching his limbs are like moans. This catches the users off guard and they couldn’t control their laughter. TikTok users are simply recording these reactions.

To play it, you just have to launch a browser on your PC or mobile and visit this website. Upon visiting, just press any of the four arrow keys (direction keys) on the keyboard and you can stretch the arms or legs of the animated man. He’ll then produce the awkward sound. You can then use it to create your TikTok video. 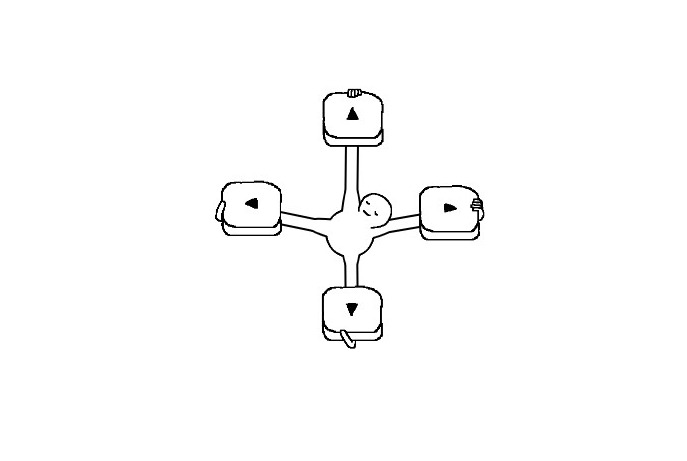 One user named B Rose made her mother play the Pulling Man game. Once the mom played it, she flinched a little bit on hearing the sound for the first time. She then burst out laughing as B Rose successfully produced a fun TikTok.

Another user Lilpxuls.welding displayed his Pulling Man gameplay to his followers. It turned out to be pretty hilarious. There are plenty of such fun videos trending on TikTok recently.

What is the Green Line Test that TikTok users are talking about?

The Green Line Test is another TikTok trend that people are calling the “Pulling Man” game. This fun game is said to define the dynamics of any relationship. It reveals who likes the other person more and who’s more confident in the bond.

This trend started after a user named @alpharivelino posted a video referencing the directions of the green lines they were drawing to figure out who the alpha was within each pictured releationship.

This couple-based game uses two green lines, each of which is drawn on the two people standing together. The line which is leaning more toward the other person reveals that the person is more attached to him or her comparatively.

For instance, if the man’s line is inclined toward the woman while the woman’s green line is vertical, it means that he has deeper feelings for her than she has for him. The vertical line also indicates that she is powerful, independent, and more confident.

In most cases, the men’s green line is inclined while the women’s line is vertical. This gave birth to the “Pulling Man game” synonym.

How to take the Green Line Test with your partner?

Taking the Green Line Test is fairly simple. Just find multiple pictures of a couple and make sure the two bodies are clearly visible in them. Now open them in a photo editor and draw a straight green line over each person’s posture.

Once done, identify who is sitting/ standing upright, and who’s leaning toward the other person. If there are too many pictures, you can also note down the results and calculate an average. 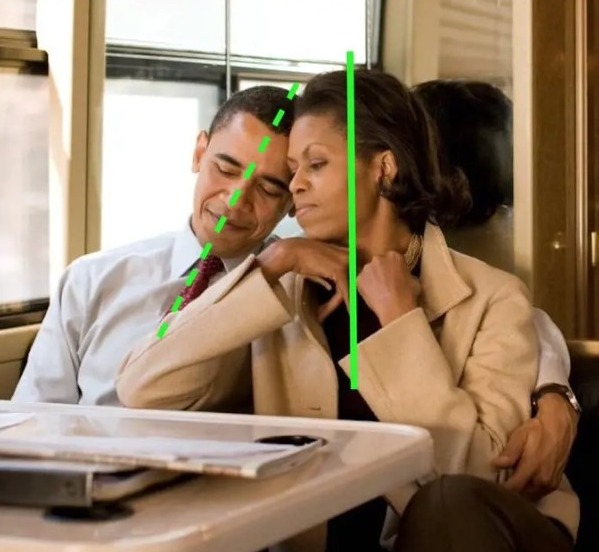 You’ll then know who has more feelings in the relationship and who’s the dominant one. You can also figure out the dependent, subordinate, and gentle person. Finally, you can share the test results on TikTok, Twitter, Instagram, or any social media platform.

Is the Green Line Test correct and accurate?

Social media users are enjoying the Green Line Test (Pulling Man Game). However, relationship specialists and body language experts have described it as baseless and highly inaccurate. They seem to find no purpose or science behind it.

Joe Navarro, a body language expert, says, “The green line body language test is rubbish. There is no science to support it, and has no legitimacy in logic, as humans are highly complex in how they display emotions bearing in mind that non-verbals are fluid and contextual.”

Dr. Rachna Khanna Singh, a specialist in mental health and relationships, states that the notion is false regardless of how believable it may sound. She claims that candid photos are rarely taken, especially when the two people are celebs. 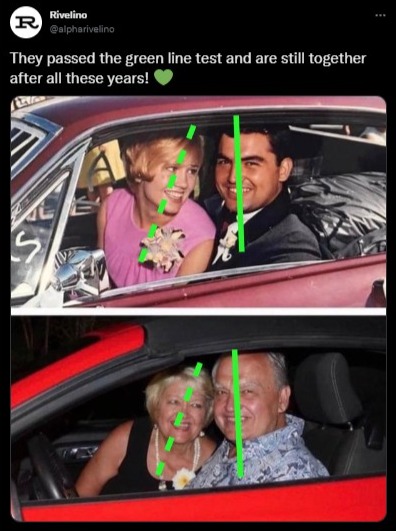 It seems that this Green Line Test is simply a fun trend and nothing to be taken seriously. You can take it to have fun with your friends or partner. Apart from that, you don’t need to think more about it.