Vernon Kay surprised his fans as he revealed a massive tattoo of former NFL star Eli Manning’s face on his back. The television host and presenter made the revelation on Sunday during his appearance on The Eli Manning Show in London.

Vernon apparently got his back inked with the football player’s face on losing a bet to a friend a few years ago. Fans were shocked by the 48 year old’s enormous tattoo, with many wondering if it was permanent and real.

Vernon described that he got the tattoo as a punishment for losing a bet over who would win the Superbowl in 2012 between New England Patriots and the New York Giants. The former model said during the interview with Manning, “In 2012, someone was in the Super Bowl. You were playing the quarterback who is the godfather of my children, Tom Brady.”

“Big fan of Tom Brady. I said the Patriots would win, and my best friend said that you guys would win. Obviously, you guys won,” he added. The former football quarterback then asked, “How did that work out for you?” to which Vernon got up from his seat, telling him he would show him how it went.

He then turned back and lifted his shirt up, revealing the tattoo. Eli was visibly shocked and exclaimed, “Oh my God,” as an equally shocked audience screamed and exclaimed along with him. The 48 year old player then even tried to rub the ink to see if it got off, but it did not. He then stood beside the tha tattoo and got some pictures clicked. “I think it looks great. You’re lucky it’s a good-looking guy back there,” he said.

Fans are Amused by Vernon’s Tattoo

The BBC Radio 2 presenter then posted the photo of the tattoo on his Instagram, and fans were definitely amused. “Holy moly, that does look real, & not henna either. If this is a deepfake video, I’ve never seen better,”  commented a follower.

Another one wrote, “Vernon a man of your word! Gold!” with a third one commenting, “Oh wow Vern, you crazy dude. Such a top guy 😂👏👍”

“Legendary – a true gent is a man of his word – what a gent! Bravo Squire 👏👏.” penned a fan with another surprised fan writing, “Oh my god V! How pickled did you get to do this 😂😂😂 hoping it’s a transfer!”

Eli Manning is in London for NFL International Series

Eli Manning is currently in London to cover the NFL International series. Two games have already been played, with the final one scheduled on October 30 in Wimbledon. Meanwhile, Vernon was in the news last week as he was seen at the special welcome reception for the Rugby League World Cup in the UK. 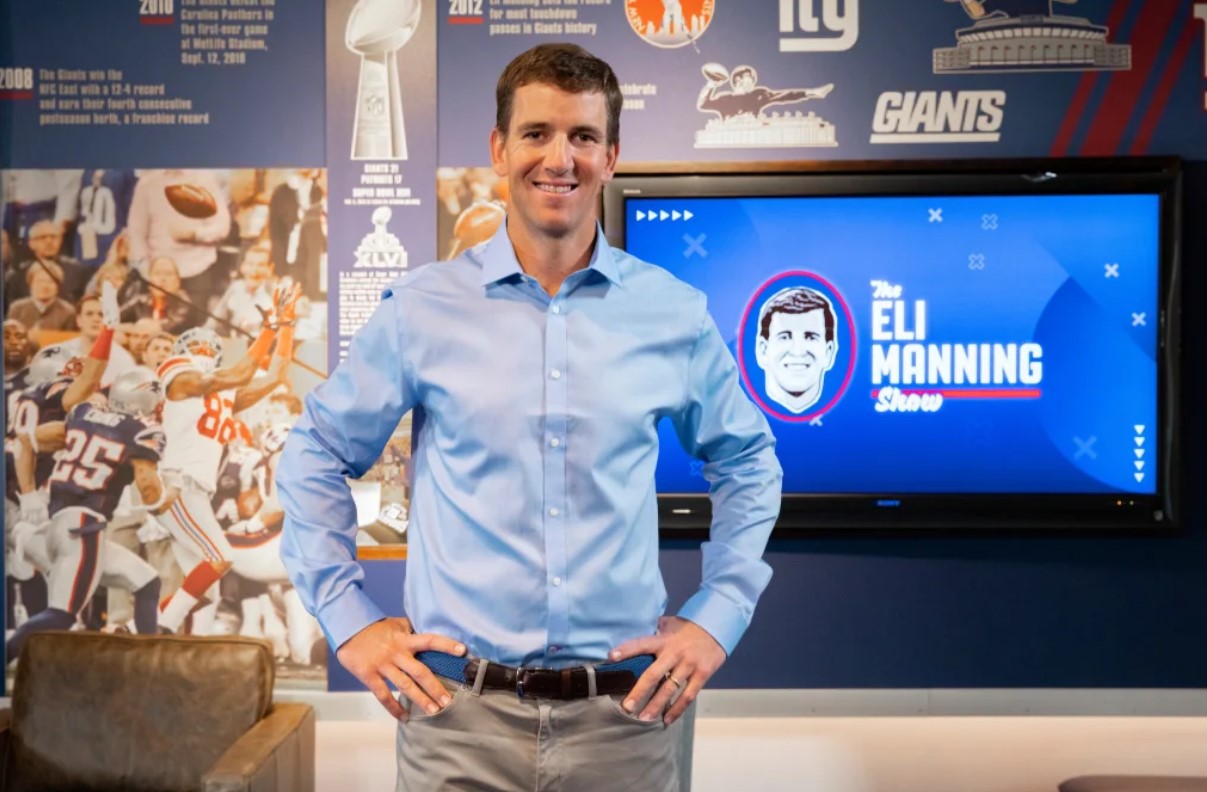 “Getting young people involved in sports is so important – and it’s great to see my hometown of Bolton doing everything they can to encourage the younger generation of people to embrace rugby league,” he said at the event.

What are your thoughts about Vernon Kay’s surprising tattoo? Tell us in the comments section.