Talk about a paleo diet. Scientists have uncovered the last meal of a frozen hunter who died 5,300 years ago in the Alps.

The stomach contents of the corpse, widely known as Ötzi the Iceman, offer a snapshot of what ancient Europeans ate more than five millennia ago, researchers said.

On the menu, described Thursday in the journal Current Biology, were the fat and meat of a wild goat, meat of a red deer and whole wheat seeds, which Oetzi ate shortly before his death.

Traces of fern leaves and spores were also discovered in Ötzi’s stomach. Scientists think he may have swallowed the plant unintentionally or as a medicine for parasites previously found in his gut. “It was very impressive,” said lead author Frank Maixner, a microbiologist at the Institute for Mummy Studies in Bolzano, Italy. “We could see chunks and pieces of food with (the) naked eye.”

Though the researchers had previously examined Ötzi’s intestines, this was the first time they could look into his stomach.

The reason is nothing short of grotesque.

Following Ötzi’s death, the organ moved upwards. It was not until 2009, 18 years after his remains were discovered near the Italy-Austria border, that a radiologist detected it behind the rib cage. And it was full. After slowly defrosting the body, the team took samples and rehydrated them. 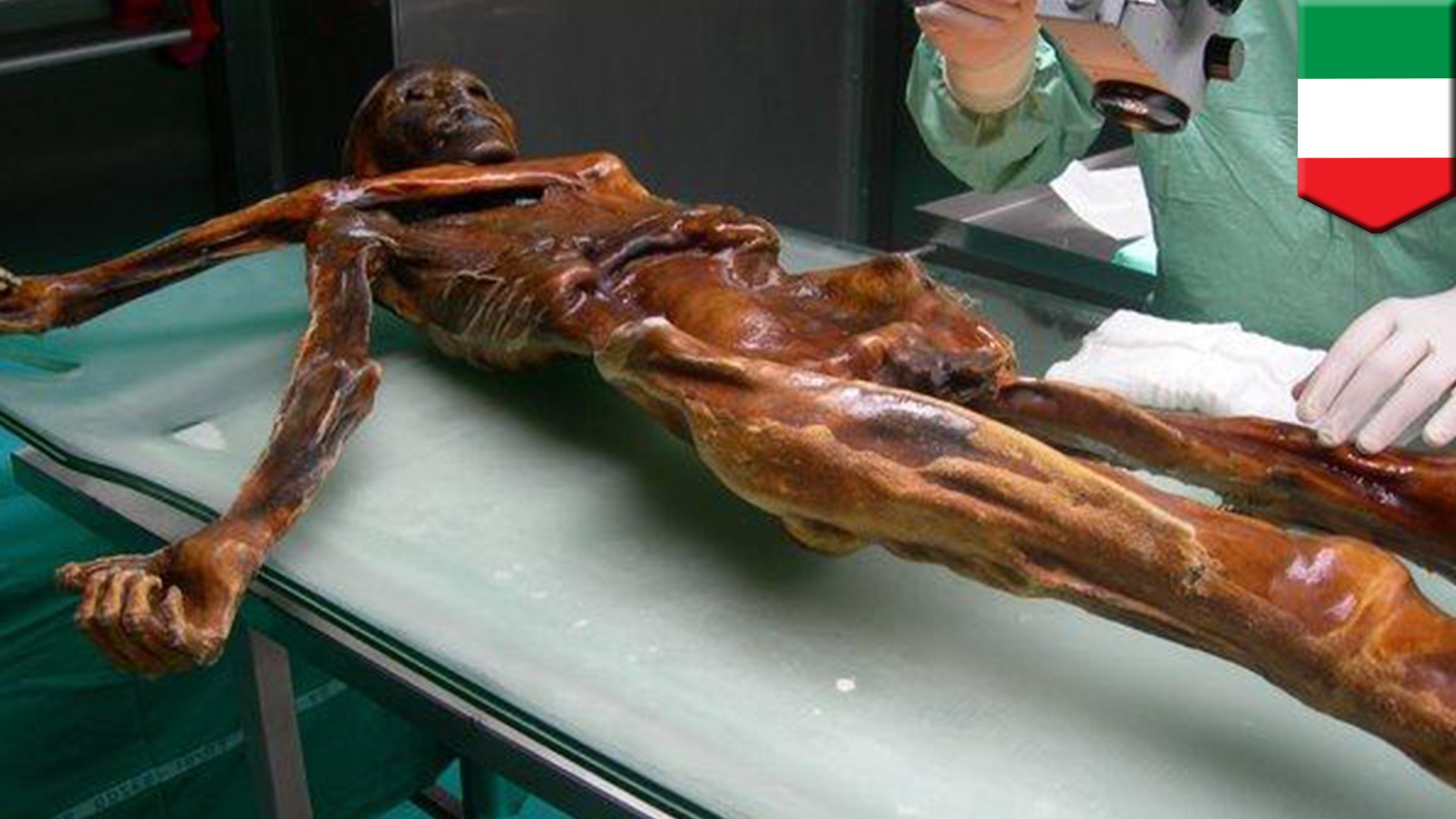 Nearly half the stomach contents were identified as the body fat of an ibex, a wild goat that still lives in the Alps. That’s a lot of fat. But scientists think the finding makes sense.

“It’s a harsh environment,” said Maixner, who has climbed to the cold and windy site where Ötzi was found. “They had to be prepared. They had to have food that gave them the necessary energy (to survive).”

Albina Hulda Palsdottir, an archaeozoologist from the University of Oslo, believes the findings are very valuable.

“They’re trying to use all the methods in the toolbox to answer this really important question of what people were really eating” back then, she said. 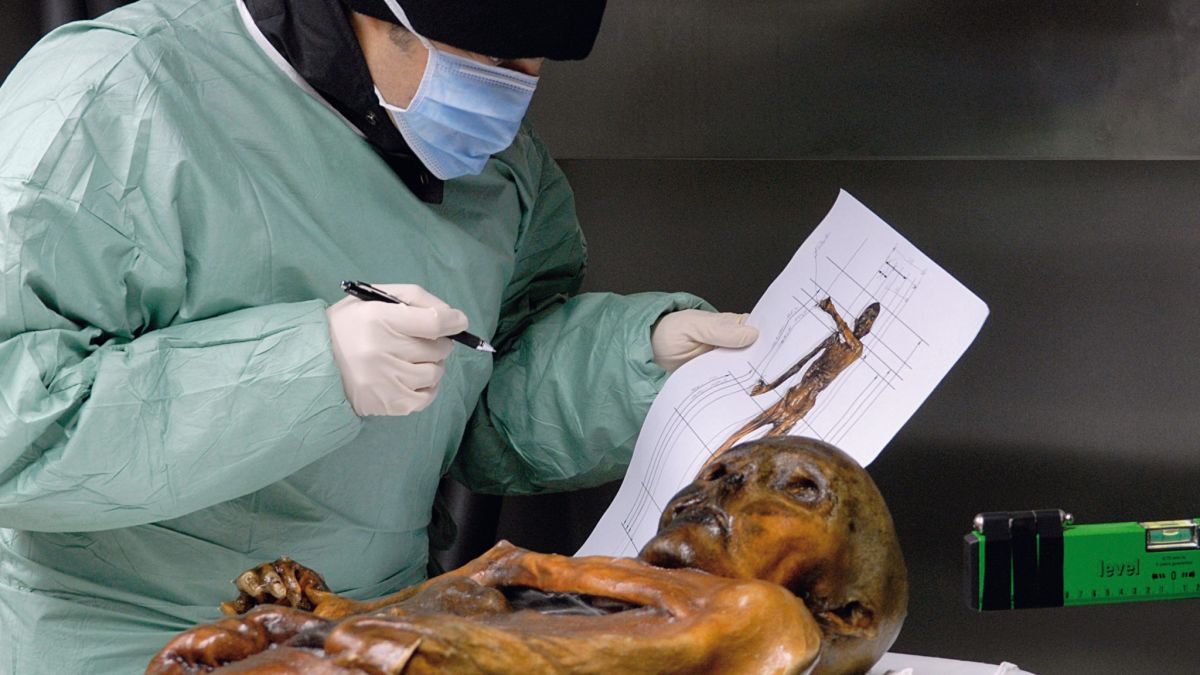 Now, Maixner and his team are hoping to reconstruct the composition of bacteria and other microorganisms that lived in the Iceman’s gut and see how it differs from what modern people show.

“Ötzi is always interesting,” Hulda Palsdottir said. “He’s already told us so much.”