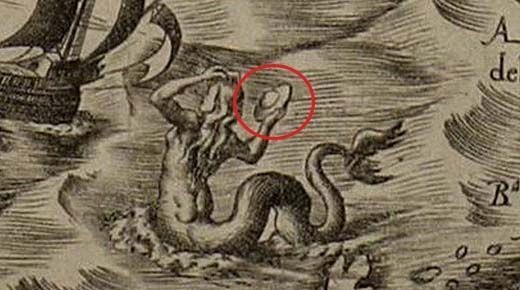 In addition to depicting giant dragons and cannibals, the lower left corner of the map, near “Tierra del Fuego,” an archipelago at the southern tip of mainland South America, across the Strait of Magellan, illustrates what appears to be being a mermaid holding an object that eerily resembles a flying saucer. 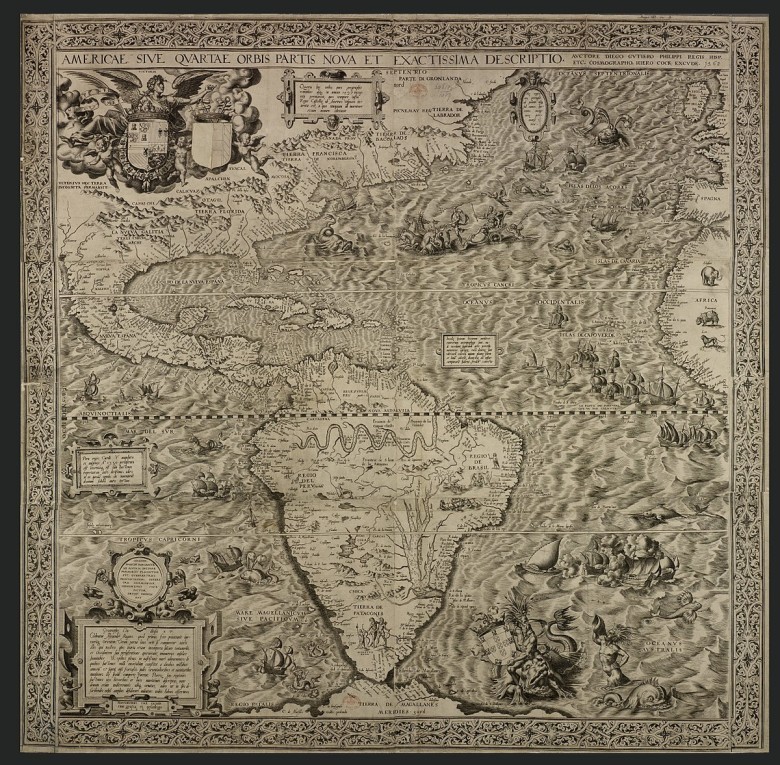 The map of the American continent is extremely detailed, and is made up of six well-assembled engraved plates.

It measures 93 by 86 centimeters, making it the largest map of the Americas for a century.

The map correctly recognizes the presence of the Amazon and Paraná river basins, Lake Titicaca, the location of Potosí, Mexico City, Florida, and various points along the coast.

However, aside from its importance and rich history, this ancient map illustrates quite a few peculiar things. 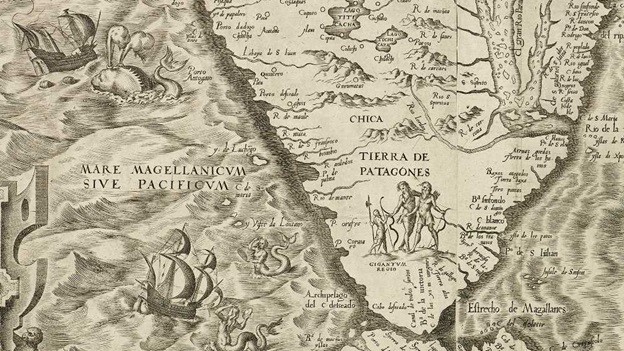 In addition to depicting cannibals, sea monsters, dragons, and giant Patagonians, the lower left corner of the map, near Tierra del Fuego, an archipelago at the southern tip of the South American continent, across the Strait of Magellan, illustrates what appears to be a mermaid holding an object that resembles a flying saucer. 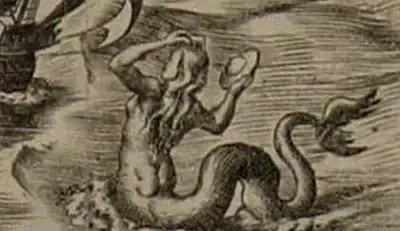 The mermaid, facing a ship traveling towards the coast of modern Chile, holds in her right hand an object that strangely resembles a disk-shaped object, with a clear dome protruding from the center.

It looks like what many people today would say would be a UFO, a flying saucer.

But is it all that it seems? Is it really a flying saucer?

Just above said siren, and to the right of the depicted ship traveling to Tierra del Fuego, we see another siren looking toward the ship and holding an oval-shaped object in her left hand. This object may be a mirror, as the mermaid is depicted touching her hair as she looks on, which is probably a mirror.

Does this mean that the mermaid holding the supposed flying saucer is doing the same thing? 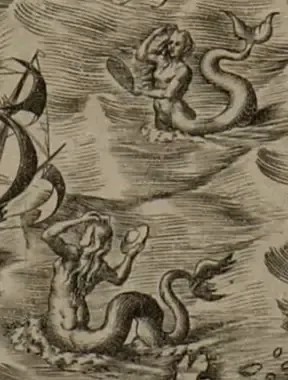 Whatever item the mermaid possesses remains a mystery. However, it’s really interesting to see items like that on an old map of the American continent, as it clearly shows what people might have seen in America over 500 years ago.