In June 1972, at Cedars-Sinai Hospital, Los Angeles, a woman wearing a white dress spattered with blood was admitted. The woman’s appearance did not surprise the doctors, but two other things shocked the staff at the hospital. 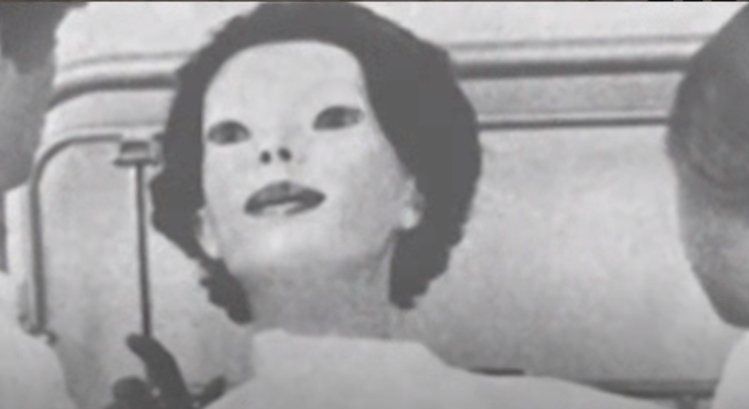 The first is that this woman doesn’t exactly look human. She looks more like a mannequin, but her body functions like a human. Her face is white and smooth, like plastic, without eyebrows and with a lot of makeup.

Turns out she’s injured, oh yum and the blood. From the moment she enters the hospital, is settled, and then prepped for surgery, the “woman” is completely calm, expressionless, and motionless.

Still, the doctors decide it would be wise to tie her up just in case. She again did not protest, did not answer any questions and did not react to anything. Most of the hospital staff feel uncomfortable around her and cannot look her in the face.

However, the moment the anesthesiologist tries to anesthetize her, she begins to rage. Two sisters have to hold her, but the woman turns out to be unexpectedly strong and manages to rise. Her eyes suddenly look directly at the doctor and she does something unusual – she smiles. One of the sisters starts screaming and runs out of the room. There are no normal human teeth in the patient’s mouth, but sharp spikes.

The doctor barely manages to say:

“What the hell are you?”

The patient approaches him, still smiling. The footsteps of the guards can be heard clearly. The “woman” stands up on the bed, ripping the cloth that binds her, her face coming dangerously close to the doctor’s. She whispers:

The doctor goes into shock and the woman disappears. No one ever sees her again.