The Creature U-28 also known as the Abomination U-28 was a massive sea monster briefly seen in the North Atlantic during World War I.

The animal is named after the German submarine whose crew spotted it after a clash with a British vessel. 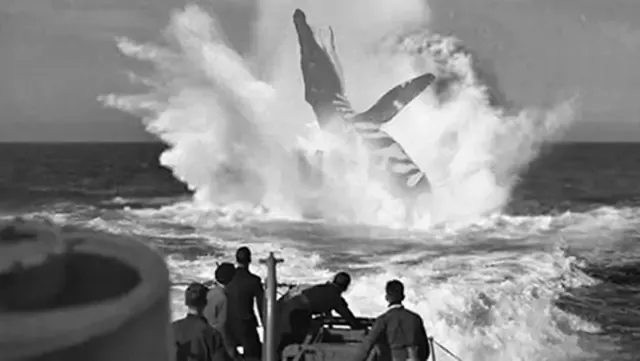 * During times of war, things happen that many cannot explain and that have remained unanswered mysteries.

It is not surprising that during the War, areas that have not been explored are traveled and unexpected things can arise. This is the mysterious case of a German submarine that during the first world war spotted what appeared to be a sea monster.

On July 30, 1915, the German submarine U-28 torpedoed the British steamship Iberian in the North Sea.

The Iberian quickly sank but after about 25 seconds of being totally entombed by the waves its remains exploded underwater, launching the remains of the ship to the surface along with a totally unknown sea creature that flew about 30 meters through the air. 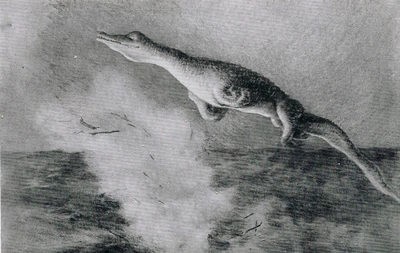 Commanding captain Georg Freiherr-Günther von Forstner described the creature as “a crocodile about 20 meters long, with four large leg-like limbs, a long, pointed tail, and a huge pointed head”; he added that its legs ended in flippers.

The captain assured that the monster would measure about 20 meters in length.

Von Forstner explained that the monster appeared to be injured and dying from the explosion and that it writhed pitifully floating on its back for about 5 seconds after which it sank.

The Captain regretted not being able to photograph the beast, however he said that he did not hesitate to add it to his report and recount his experiences even though no one believed him and his crew.

The story of the encounter was first published in the Deutsche Allgemeine Zeitung in 1933 by von Forstner himself; after this, another German submarine captain named Werner Lowisch published his own testimony assuring that on July 28, 1918 around At 10 p.m. in the North Sea, he, along with another member of the U-109 crew, saw in the sea a being very similar to the one described by Von Forstner but measuring about 50 meters in length.56

There is a theory that it is a prehistoric species of crocodile that lives in salt water, according to the expert on the subject, Bernard Heuvelmans, as he assured, it is one of the most reliable sightings in history.

There is also a theory that Captain Von Forstner simply made up the story for various compelling reasons. Firstly, because, although he said that the other seven members of his crew had also seen the monster, six of them died in the war before testifying and the last man was the submarine’s cook Robert Maas who never wanted to talk about it.

However, a few years ago the discovery of a German submarine UB-85 came to light that would have been sunk in the area “by a sea monster” more or less 100 years ago.

* The German submarine that sank nearly 100 years ago was discovered by engineers laying electrical cables in the Irish Sea.

Based on official records, some experts believe it could be UB-85, a submarine sunk in 1918 by a Royal Navy ship called HMS Coreopsis.

However, “submarine logs” suggest that a sea monster may have attacked it.

A submarine sunk to the bottom of the sea (almost intact) by the attack of an artillery warship? 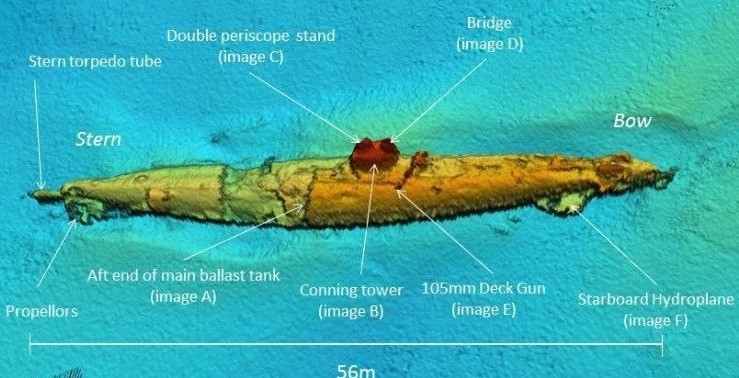 Could it be that he sank in fear? How is that possible?

Allegedly the entire crew of the submarine abandoned the ship due to a “monster attack”.

Once on board the HMS Coreopsis, Captain Krech (commander in charge of the submarine) described the fatal encounter. 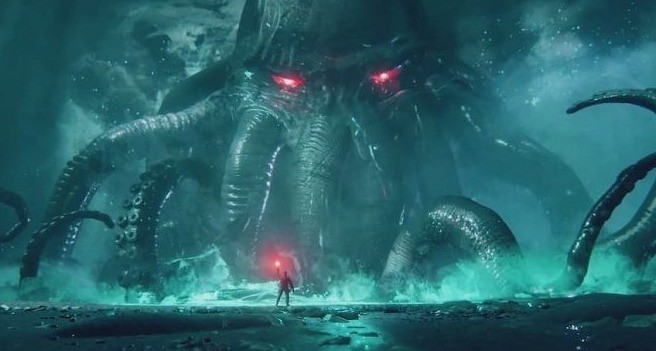 He is said to have spoken of a beast “with large eyes sunken in a queer skull and with teeth that could be seen to gleam in the moonlight.”

Apparently, she stated that the sub was so damaged after her battle with the “monster”, that she was unable to submerge again.

“It is known that there are at least 12 British and German submarines sunk in the waters of the Irish Sea. There could potentially be others whose exact area of wreck is still a mystery.”

According to McCartney, the characteristics of the boat (which has remained almost intact) correspond to those of a German submarine type UBIII.

Of this class of submarines, two “disappeared in that area: the more famous UB-85 and her sister UB-82”.

The remains found may belong to either of the two, explains the historian.

“It would be virtually impossible to tell them apart, apart from the numbers that identified them while on duty.”

Those numbers obviously got scratched off the cover. Unless a diver can find some identification, it cannot be determined with complete certainty.

“But yes, we are certainly close to solving the so-called ‘UB-85 mystery’ and the cause of her sinking, whether it be a common mechanical failure or something less easily explained,” argued the marine archaeologist.

However, for Gary Campbell, in charge of the Official Register of Loch Ness Monster Sightings (Scotland): “It is entirely possible that a large sea creature has disabled the submarine.”

Campbell cites as an example the report presented by the captain of another British ship, the HMS Hilary. The report “makes it clear that mariners at the time were well aware of the existence of large sea monsters that could damage their ships.”

Apparently the area where the attack took place has a reputation for monster sightings. “What the German captain saw could very well be true,” Campbell concludes.

As an example, have you heard the story of the Gingen? The Mysterious Humanoid Creatures of the Arctic 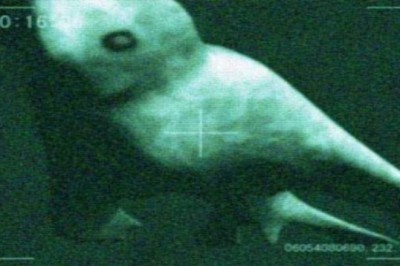 Meanwhile, McCartney disagrees: “I don’t think it was a sea monster. I like the idea of Nessie making a small contribution during the war, but the real monster was the submarine.”

And well, whoever the monster is, the mystery will remain there until an official version is found, either through a medium or any scientific advance.