The Giza pyramid in Egypt is one of the most famous in the world, but it is not the largest.

That title goes to “the great pyramid of Cholula”, with a base four times larger than the other Pyramids and almost twice the volume.

This pyramid belongs to the Aztec culture and is located in the City of Puebla, Mexico, 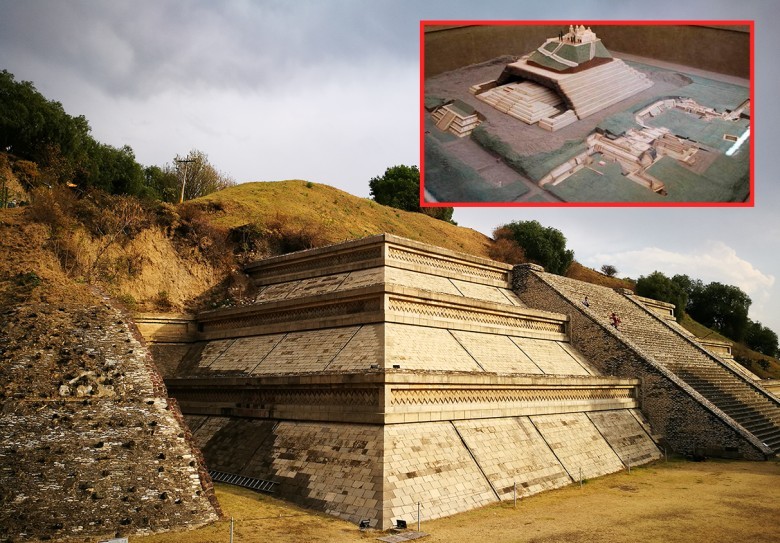 When the Spanish conquistadors led by Hernán Cortez arrived in the 16th century and settled in the sacred Aztec city of Cholula, in the current Mexican state of Puebla, they filled the site with their buildings. 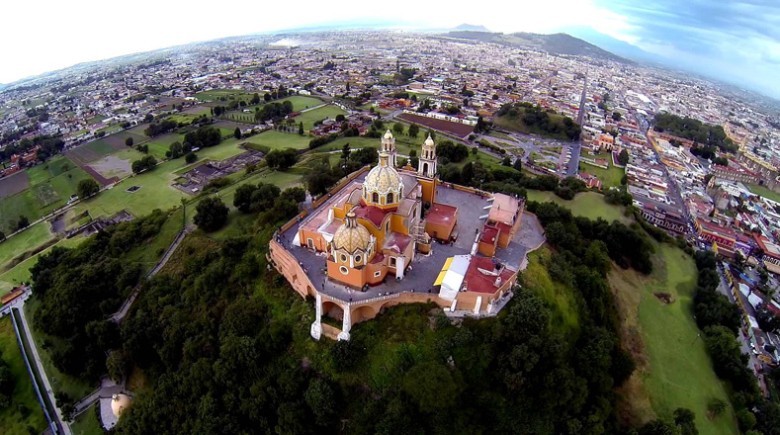 The church of Nuestra Señora de los Remedios crowned the top of what the invaders considered a large hill, as a symbol of the Christian Conquest. 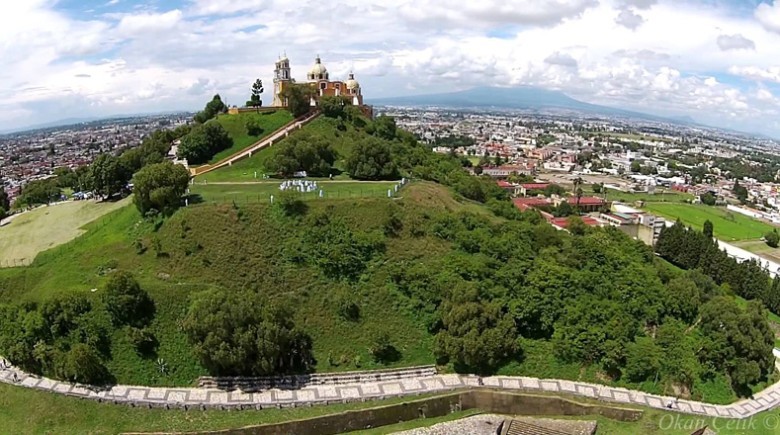 It could be because the gigantic structure is hidden under a mountain.

In fact, it looks so much like a mountain that the Spanish conquistador Hernán Cortés completely missed it, and inadvertently built a church on the top right of it.

However, below the ground and the vegetation, something truly impressive was hidden: The Great Pyramid of Cholula. Also known as Tlachihualtépetl (‘handmade hill’), it is considered the largest pyramid in the world. At 400 meters wide and 65 meters high, it exceeds the Great Pyramid of Giza in base length and volume. 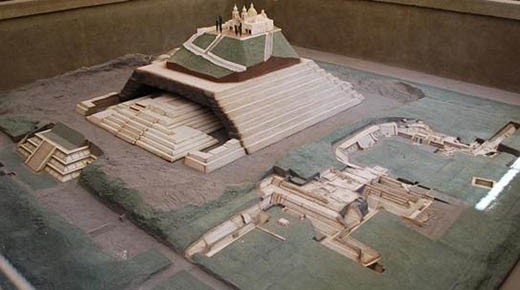 The pyramid was discovered in 1910 by workers building an insane asylum in the area.

The BBC points out that it would have begun to be built around the year 300 BC. C. in honor of the ancient god Quetzalcóatl.

However, it is unknown who its builders were, although archaeologist David Carballo, from Boston University, suggests that it seems to have been a “multi-ethnic work, with great participation of migration”.

Many claim it is a

«great matryoshka, a construction that is composed of at least six pyramids, one on top of the other. It grew in stages as successive civilizations improved upon what had already been built.” 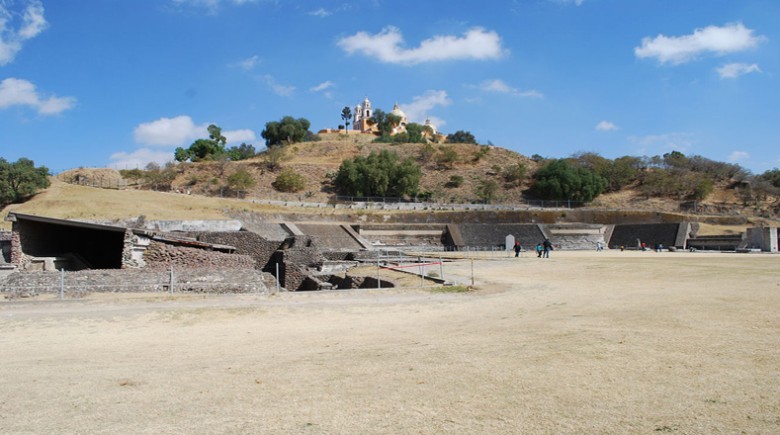 A legend tells that when the natives learned of the arrival of the conquerors, they themselves covered the pyramid with material from the ground.

However, researchers assume that the majestic construction could have been accidentally hidden.

There are still many mysteries about the pyramid. The researchers estimate that the structure grew in different stages as various ancient civilizations improved its parts.

Researchers estimate that the Great Pyramid of Cholula was erected sometime around 300 BC, but that remains one of the central puzzles surrounding the monument. 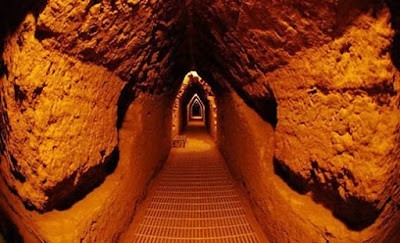 According to ancient legends, a giant would have been responsible for the massive structure.

According to mythology, it was built by the giant Xelhua, who managed to save himself from the Universal Deluge.

Below is an excerpt from the work Cholula 2000 tradition and culture by the writer Rodolfo Herrera Charolet (1995):

“… At the time of the flood the giants lived on earth, many perished submerged in the waters, some were turned into fish and only seven brothers were saved in the caves of the Tlaloc mountain… Xelhua the giant went to the place that was later called Cholollan and with large adobes made in Tlalmanalco, a very distant place, and led from hand to hand by a line of men stretched between both points, he began to build the pyramid in memory of the mountain where he was saved. 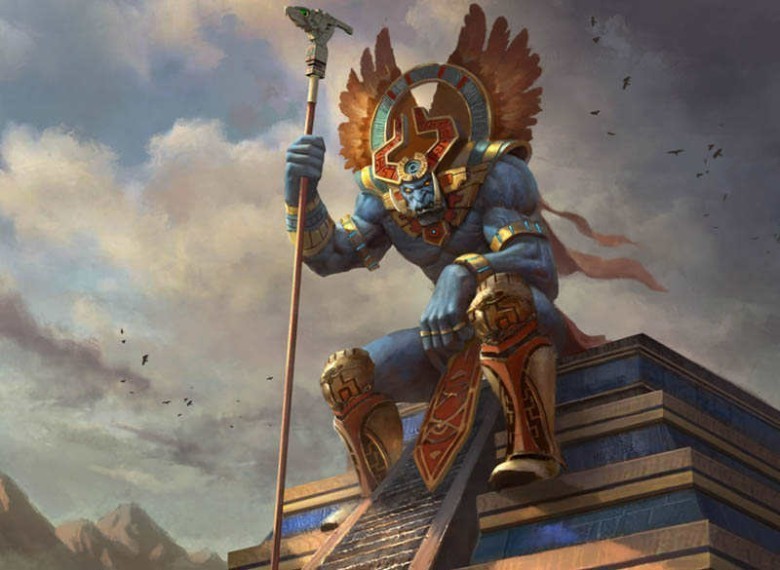 Irritated Tonacatecutli father of all the Gods that the work threatened to reach the clouds launched the celestial fire and with a large stone in the shape of a toad killed many of the builders, dispersing the others, and the construction did not go ahead…”

Interesting, right? Well, here was the Pyramid made of 6 pyramids that make up the largest and most massive Pyramid in the World.