The Palermo catacombs is a huge crypt full of mummified monks, professionals, and children. The child mummies in the Palermo catacombs literally look as if they are asleep in time. Now, 41 of these child mummies are being comprehensively investigated by a team of scientists who aim to understand their lifestyles and the circumstances of their death.

Dark tourists will all have heard of the Palermo catacombs or Capuchin Catacombs, in Palermo, Sicily. This macabre tourist attraction features more than 1,280 skeletonized and mummified bodies, including 163 child mummies. Now, a team of British scientists are scanning the remains of 41 youngsters to understand how they died some 200 years ago. The study, to be published in Italian and English as an educational material package, is in progress and has not been published yet. 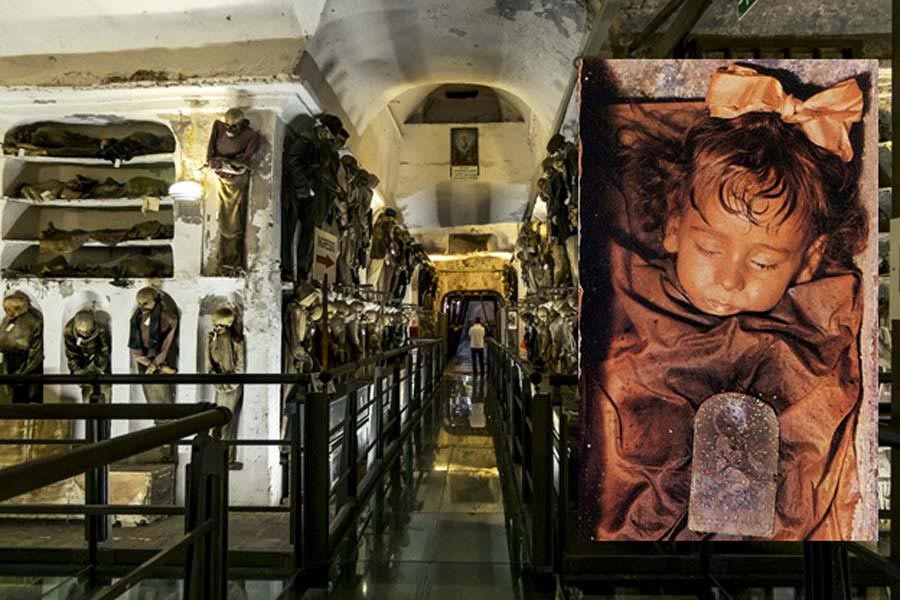 The famous Palermo catacombs contain hundreds of 16th to early 20th century bodies that line its hallowed crypts , and many of them are still dressed in haunting period clothing. According to a report in the Daily Mail , wealthy citizens of Palermo who died between the 17th and 19th centuries were embalmed by Palermo’s Capuchin monks , a religious order of Franciscan friars within the Catholic Church.

The new study of 41 mummified children is being led by Dr Kirsty Squires, associate professor of bioarchaeology, and a team of researchers at Staffordshire University in England. Work begins in the crypts next week, “which is very exciting,” said Dr Squires to the Daily Mail. The scientist disclosed to the press that the new study includes “a previously unstudied collection of children’s mummies from the catacombs.”

The 163 children’s bodies housed in the catacombs include 41 from an area called the “child chapel” who died between 1787 and 1880. These bodies will be scanned in situ using a portable digital direct X-ray machine . Dr Squire expects the scanning of the mummies to take about a week, which will then be followed with archival research while the team are still in Palermo.

In total, 574 individual radiographs will be taken to generate a comprehensive biological profile of the mummified children. Dr Squires said the non-invasive portable X-ray machine will capture digital images of each child “from head to toe,” ʀᴇvᴇᴀʟιɴԍ not only the children’s sexes but also their age at the time of their death. The scans will also detect birth and growth defects , stress indicators, and pathological lesions, which will offer the researchers a clearer picture of the children’s lifestyles and health.

The Study Will Also Use Other Children’s Burial Data
The newly acquired lifestyle data will then be compared with “biological attributes of children buried elsewhere in Palermo who were not afforded mummification,” according to Dr Squires. All this information will be analyzed against each child’s position within the crypt, “their funerary attire and associated artifacts (such as chairs and canes), mummification type (natural or artificial) and any surviving historical documentation.” 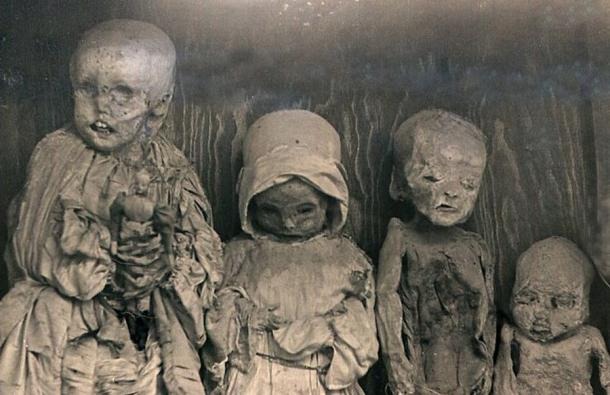 Capuchin Catacombs curator Dario Piombino-Mascali is working with Dr Squires on the new study and he told the Guardian that many of the child mummies are a result of natural dehydration while other mummies were chemically treated, which are generally better ᴘʀᴇsᴇʀvᴇᴅ. He added that several of the child mummies at the Capuchin Catacombs “look like sleeping children, darkened by time.” He explained that many have fake glass eyes , so they seem “to be looking at you” . . . like little ᴅoʟʟs.

While the team of university scientists are approaching this project from a data collection perspective, curator Dario Piombino-Mascali is dedicated to having the children’s stories told to the world. He told the Daily Mail, “Of course you want to do something to ᴘʀᴇsᴇʀvᴇ them and to make sure their stories are told and give a sense that they are children.” He added that it can be “very upsetting” when you deal with children in anthropology.

To make sure the stories of the Palermo catacombs children are told to the greatest audience possible, the new study will include articles, lectures, a blog, and teaching packs, which will be published in both Italian and English.