Iconic star Sylvester Enzio Stallone’s appearance on “The Tonight Show” was all about action. However, Jimmy and Stallone recalled a story from last year’s New Year’s Eve. The 76-year-old actor also talked about carving pumpkins with Arnold Schwarzenegger, and also dished about his role in the movie ‘Tulsa King’. 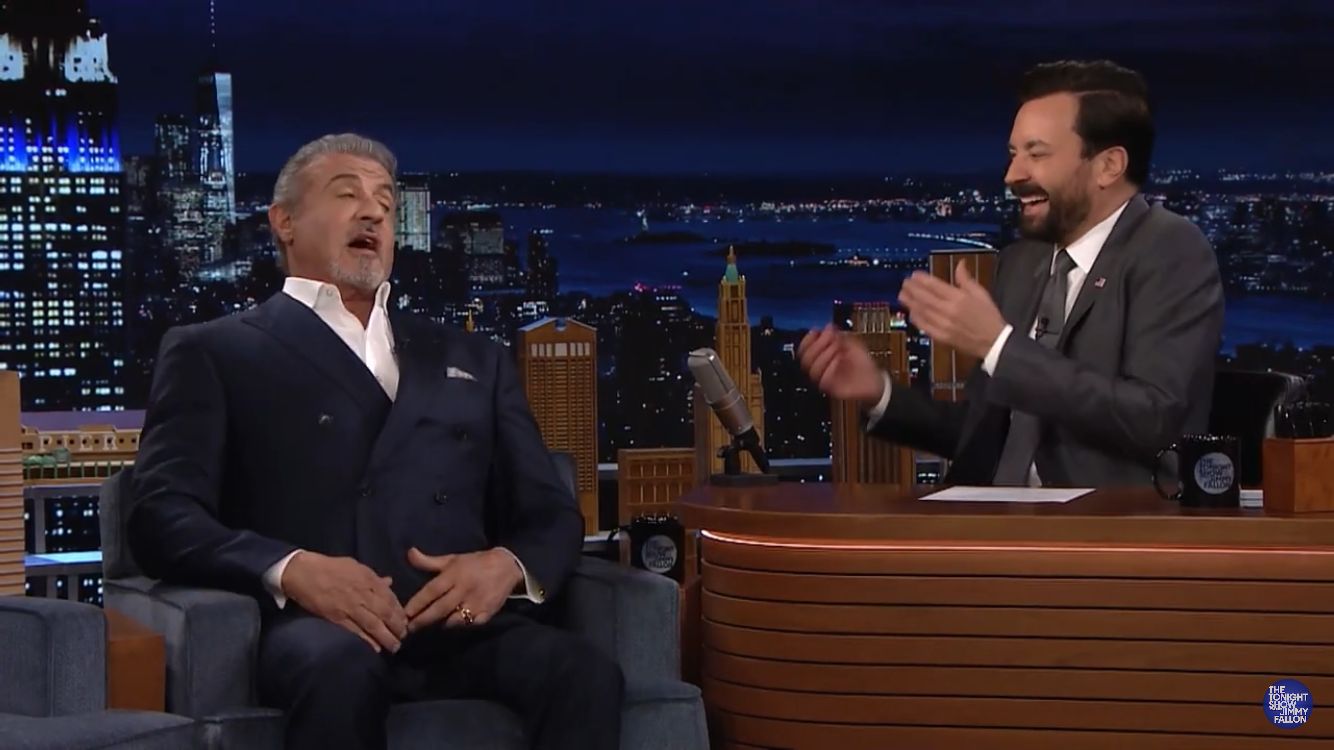 Jimmy Fallon kicked off the conversation by telling Sylvester Stallone, “You’re Rambo, and I am sure a lot of veterans have come to you throughout the years for advice.” Sylvester joked, “Yea, and they asked me what are you doing. You cannot take on half the world with a knife or you cannot take a gun that’s usually mounted on a helicopter, hold it with one arm and wrap bullets around your neck and just run through the woods naked.”

Jimmy reminded Sylvester of meeting him on New Year’s Eve in Los Angeles, California. The 73-year-old actor responded, “I know it was a horrible day, I know where you’re going.” On this, Jimmy argued that it was the best memory of his life. Jimmy recalled that he was there with his wife at “The Polo Bar” and someone asked him to sing with the piano player.

Jimmy Fallon sang, “What Are You Doing New Year’s Eve?” and it was Sylvester who gave Jimmy a $100 bill at the end of his performance, stating that he sang really well. On this, Sylvester said that “That’s only half the story, he got the $100 bill because I wanted him to shut up. Giving me such a migraine, you know guys.” Christmas carols are rough but jimmy’s performance was really bad. Stallone mentioned that it wasn’t a popular song but rather a weird one. Jimmy showed a photo of Sylvester and Arnold to the audience and told that the “Escape Plan” star broke the internet by posting a photo of himself and Arnold Schwarzenegger wherein the two legends were carving pumpkins. “Is this something you do?” Jimmy asked.

Sylvester responded, “Well, usually we make pot holders, but this is, you know…this is what happens when you get older.” He also revealed the story behind the picture and stated that he is doing a reality show, he gave Arnold a call and told him, “Yea, can I come over, and he says, yea, you can come on over. I bring my donkey. You can pet it.”

He goes there and there are fussy things in Arnold’s office. “A donkey and a pony in the office, and I mean not like, okay, with diapers, just walking around. I go, ‘When’s it gonna take a dump’,” Sylvester joked. After a little talk, Arnold spoke in his legendary accent, “You want to carve a pumpkin.” Well, Sylvester imitated him really well. Then some guy comes in with knives and pumpkins, and for him, “it’s unbelievably choreographed.”

And guess what, these weren’t just pumpkin carving knives. “When I saw these knives, I was like, it’s home team,” a thrilled Sylvester spoke about those knives. Then the two had a pumpkin carving contest, and Sylvester nailed it. He went down, got the head off, and got both eyes and nose and mouth done before Arnold could take one eyeball. 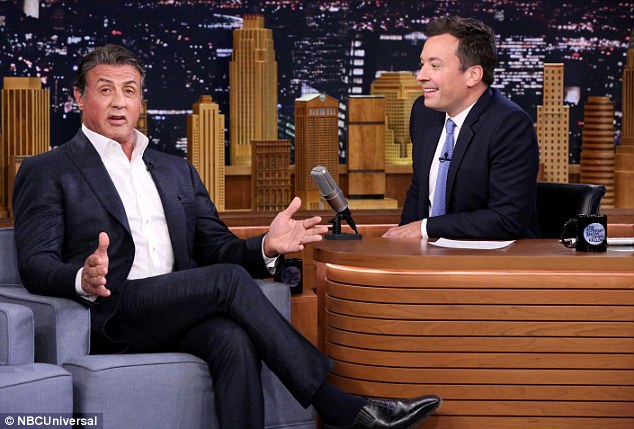 Jimmy congratulated Sylvester for his new drama series “Tulsa King”, which is getting rave reviews, and said that the role is perfect for his personality. “How would you describe the character?” Jimmy asked. Sylvester responded, “Well, it’s interesting because it’s very hard to find a new concept, but this is the guy who takes a fall for someone, who goes to jail for 25 years, keeps his mouth shut, expecting to be rewarded by his “Mafia” family.

Instead, the guy is shipped out to “Tulsa” because they want to get rid of him basically to drop dead and die. “And I thought, wow this is all about loneliness, and starting over, because the worst thing that could ever happen to anyone is like dropping your life, and literally you are shipped out somewhere, you go, I’m like 76-years-old but that’s the beauty.” 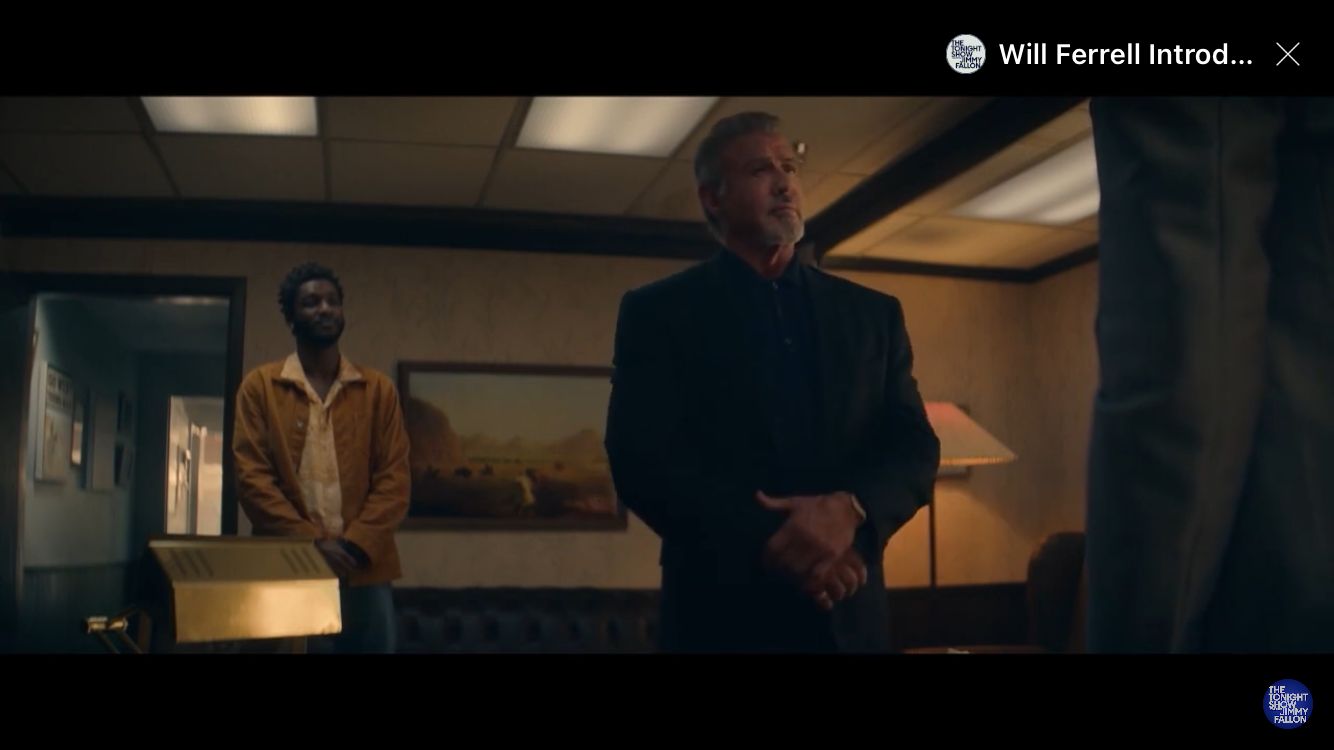 Sylvester revealed that instead of losing hope, the guys start a new family there, but there are no Italians, and there are no Mafia guys, instead, he finds computer guys, nerds and cowboys. Basically, the “oddball group”. “So it provides a lot of comedy, and it’s interesting. He also mentioned that he went “Rambo” a couple of times in the series.

Apart from this, Jimmy also played a video of Sylvester, where he was teaching Demi Lovato how to fight. As for “Tulsa King”, the series received great reviews with the first episode, which was released on November 13, 2022.

The drama series is based on the New York mafia capo Dwight “The General” Manfredi, who is released from prison after 25 years and exiled by his boss to set up shop in Tulsa, Oklahoma; realizing that his mob family may not have his best interests in mind. Therefore, he starts to build a crew.

A Fake Fight With Jimmy 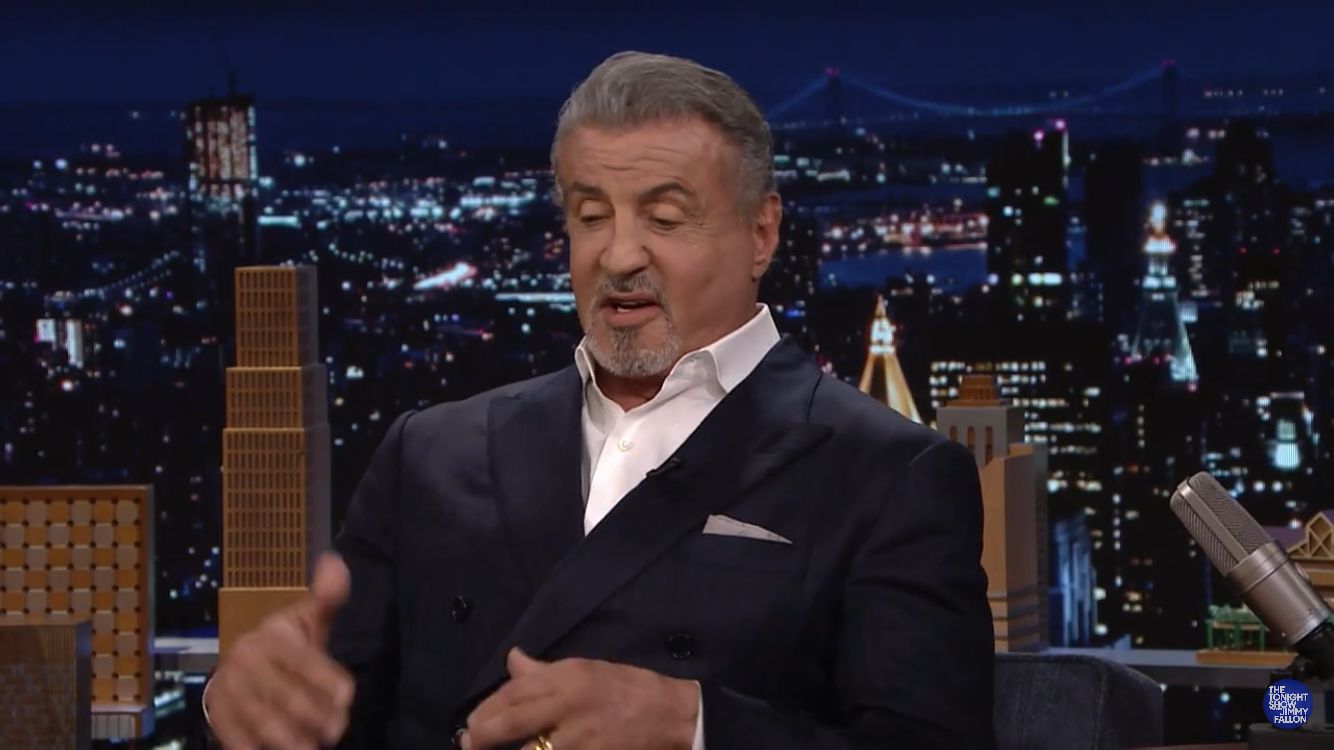 Jimmy asked Sylvester if he could teach him how to “Fake Punch”. Sylvester asked, “You actually wanna do it?” Jimmy responded, “Yea, I’d love to.” Sylvester got up from his seat and took to the stage along with Jimmy.

Sylvester said, “First of all, you gotta put a little water in your mouth because what I am going to do is I am going to lay it on you.” He warned Jimmy that if he gets too close, he may break his jaw, and joked, “I don’t want to do it, you’re tall and good-looking.”

Sylvester said, “We are doing ‘Grudge Match’ together, and those damn Oscars ain’t gonna save you in here,” he joked while referencing about the Oscar slap scandal. Jimmy then took a sip of water, and Sylvester threw a “wham” at him, telling him that he has to take a spin and throw the water out and make it look like he was in trouble. 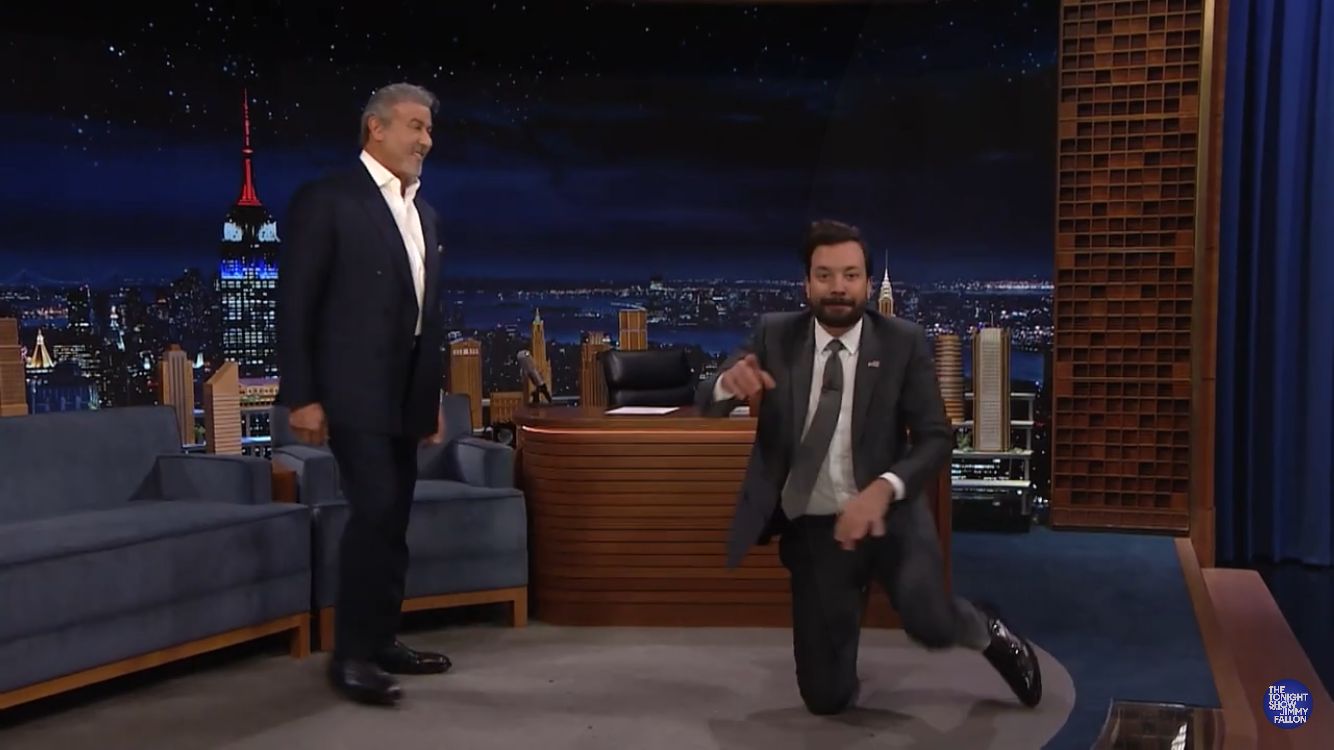 The duo staged a fake fight scene, and damn, it was the funniest thing I’ve ever seen. The water just splashed over and Jimmy was lying like a helpless boy in need. But when the scene played in slo-mo, it looked like a real fight scene. Well, that’s what happens when Sylvester trains people. But hey, there’s only one Rambo, and there will always be one Rambo. What do you think?