Decorating teeth with jewels may be popular among some groups today, but it seems the idea was around in Mexico more than a thousand years ago. Archaeologists have discovered the skeleton of an upper-class woman whose skull was intentionally deformed and her teeth encrusted with mineral stones. The type of jewels found in her teeth show the woman was foreign to the region, and her skeleton was more deformed than any found before. 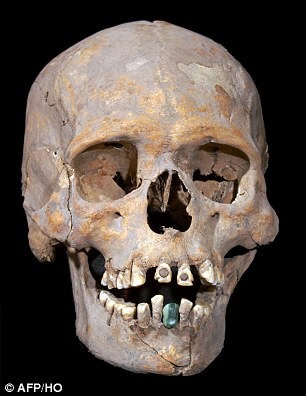 The body was discovered near Mexico’s ancient ruins of Teotihuacan, at a town called San Juan Evangelista. The woman, between 35 and 40 years old when she died, was buried with 19 jars that served as offerings, the National Anthropology and History Institute said. Her cranium was elongated by being compressed in a ‘very extreme’ manner – a technique commonly used in the southern part of Mesoamerica, not the central region where she was found, the institute said.

The site is thought to be a burial ground. The Teotihuacan people worshipped eight gods, and were known to carry out human sacrifices. Although other intentionally deformed skeletons have been found in Teotihuacan, this one – dubbed ‘The Woman of Tlailotlacan’ – is among those with the most deformations. Another distinctive feature, showing the woman was a ‘foreigner’ in Teotihuacan, is the two round pyrite stones encrusted in her top front teeth. 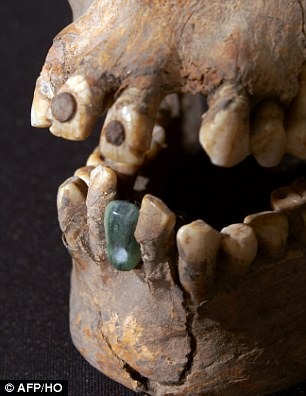 This was a technique used in Mayan regions in southern Mexico and Central America, which means the woman most likely came from there. She also wore a prosthetic lower tooth made of a green stone known as serpentine. The mysterious city of Teotihuacan, some 30 miles (50km) north of Mexico City, thrived between the first and eighth centuries, after which its civilization vanished.

Teotihuaca means ‘the place where men become gods’. It is best known for the towering Pyramids of the moon and the sun. The ancient city was founded 2,500 years ago and was once one of the biggest cities on Earth with over 100,000 residents – Earth at this time only house 200 million people. The city was abandoned in 700 AD and very little is know about the civilisation, or what caused the mass exodus.

In 2010 experts said a tomb discovery would be significant because the social structure of Teotihuacan remains a mystery after nearly 100 years of archaeological exploration at the site. When the civilisation was abandoned, almost 50,000 high-value objects including jade, stone, shell and pottery, such as ceramic beakers, were thrown into the tunnel because it was closed up.

The Mayans deformed skulls of children, when they were easier to mould, because they believed it made people appear more noble. According to Dr Samuel Romero-Vargas, the meaning of deformation was not only aesthetic but also religious and social. In a paper the researcher reported that a Spanish chronicler called Gonzalo Fernández de Oviedo had a conversation with a Mayan, asking what the custom meant. 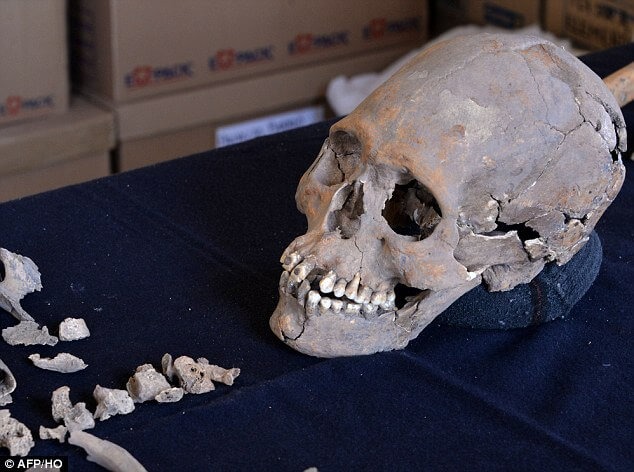