Congratulations are in order for actor Sarah Levy as she has become a mother. The Schitt’s Creek star has welcomed her first child, a boy, with husband Graham Outerbridge.

Levy announced the news on Tuesday, 5th July as she shared a photo of her newborn baby’s feet on Instagram. She also announced the name of the boy through the caption.

She wrote, “He decided to make an early entrance but we are so glad sweet James Eugene Outerbridge is in the world.”

Sarah Announced Pregnancy in May

The 35 year old actor had announced her pregnancy in May this year. Again, the announcement was made on Instagram where she posted her photo supporting a baby bump. She captioned the post, “We’ll take all the salt & vinegar chips and the hottest hot sauce you have, thx!” 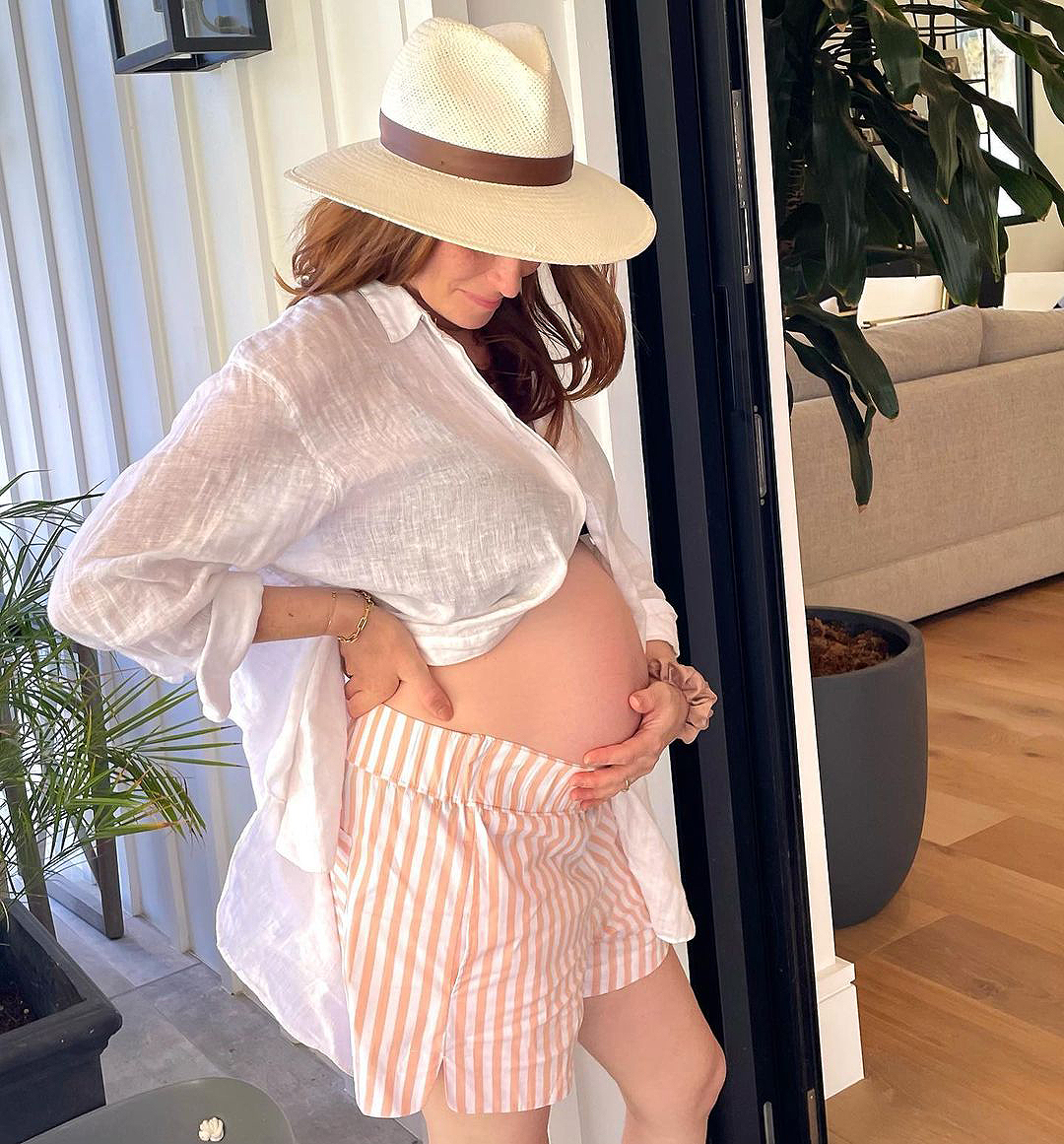 At the time, she received congratulatory comments on her post from her sitcom’s co-stars. Annie Murphy, who played Alexis Rose on the show commented, “REMEMBER HOW YOU’RE PREGNANT?!” Another co-star, Jennifer Robertson who played Jocelyn Schitt wrote, “Sarah!!!!! I’m SO excited for you and Graham! ❤️I’ll send you All Dressed chips from Canada!!!”

In the post, Sarah was seen flaunting her baby bump in an unbuttoned white shirt and striped shorts.

Sarah’s real-life brother and co-star from Schitt’s Creek Dan Levy also jokingly commented that he was finally looking forward to liking babies. Sarah and Dan share a wonderful bond. It was Dan who had first announced the news of his sister’s wedding.

Sarah got hitched to her boyfriend, actor Graham Outerbridge last year. The 39 year old actor is known for his roles in Agents of Shield and The Britishes.

Sarah and Outerbridge began dating in 2018 but did not openly declare their engagement until their wedding. Although the couple keeps their romance relatively quiet on social media, Sarah did describe her husband as ‘the best dam partner’ in an August 2020 Instagram post. She further wrote, “Guess I did something right in a past life.”

In October 2021, Dan Levy announced his sister’s wedding on Instagram. Posting a black and white reception shot on the photo-sharing website, he wrote, “My sister got married this weekend. This is absolutely not a photo of us screaming the lyrics to S Club Party on the dance floor. Love you @sarahplevy.”

Sarah is the Daughter of Actor Eugene Levy

Sarah is the daughter of celebrated American actor Eugene Levy. She along with her father, and brother Dan starred in the hit sitcom Schitt’s Creek. Sarah played the role of a waitress named Twyla Sands in the show, who works at Cafe Tropical and later ends up becoming the owner of the place. 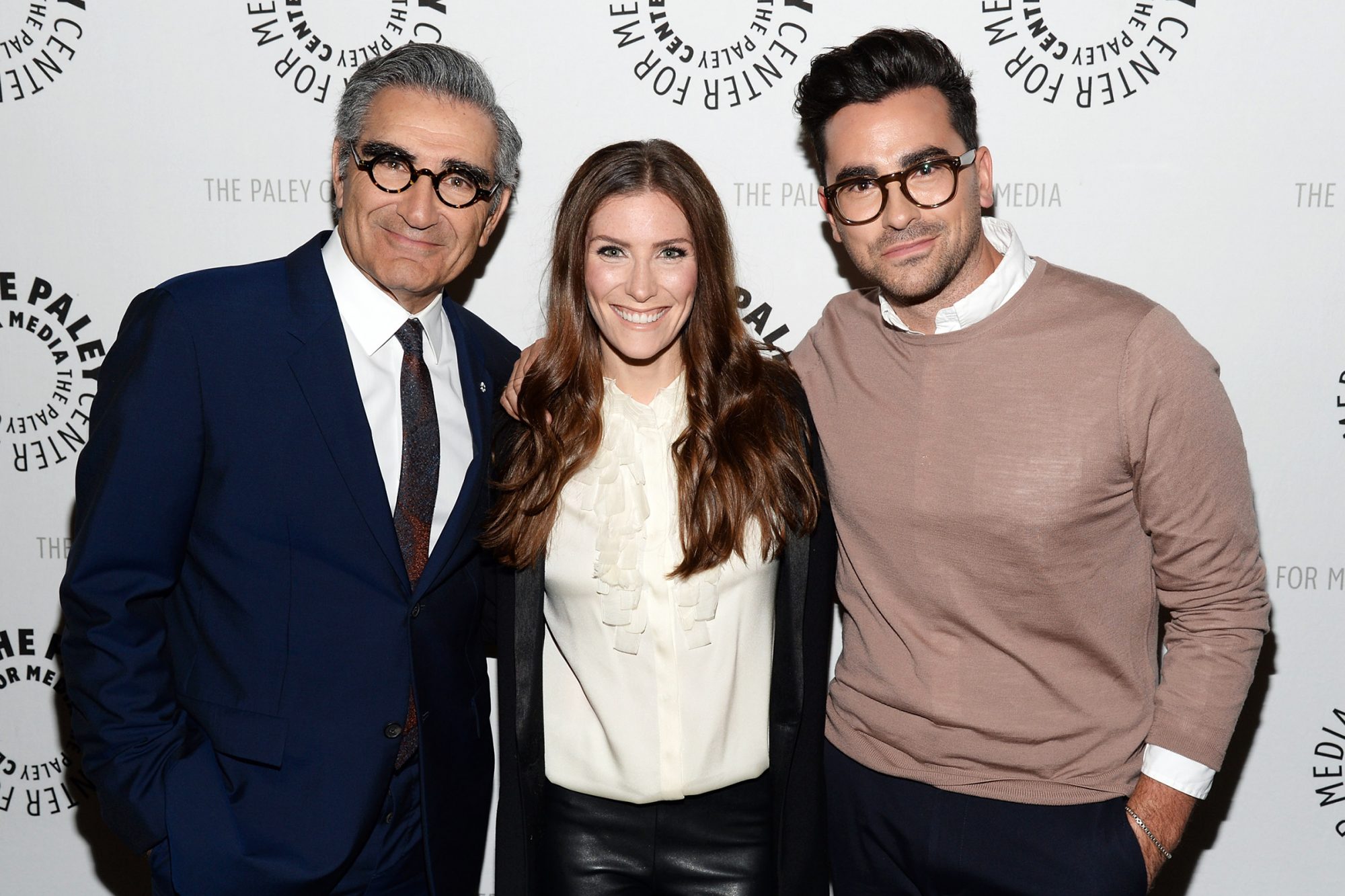 The critically acclaimed and widely popular series went on for six seasons before wrapping up in 2020. Apart from the sitcom, Sarah is known for her roles in Cheaper by the Dozen 2, Larry Crowne, Working the Engels, Baroness Von Sketch Show and United We Fall.

We send our heartiest congratulations to the new parents. For more updates from the entertainment world, stay tuned.