Sandra Bullock is pretty much the leading lady on and off the screen! The Lost City star’s dating life has long been a topic of conversation among the fans. Let us tell you, she knows how to play the love game and she is great at it.

If we could sum up the dating history of the Hollywood actress Sandra Bullock in one word then, it would be ‘iconic.’ Back in the day, she dated some popular men from different fields.

Throughout her life as a Hollywood actress, Sandra Bullock has been romantically linked to many handsome hunks from the entertainment industry including Tate Donovan, Matthew McConaughey, Bob Schneider, Ryan Gosling, and many more. Read on to know more about dating history of Sandra.

What did Sandra Bullock have to say about finding love and what kind of partner she wanted?

In a 1999 interview with Entertainment Tonight, the Bullet Train star talked about searching for the L-word. At that time, she said, “Maybe people spend too much time looking. I think we spend too much time looking for things that are more things that society wants us to look for and that we get from a magazine rather than that are really worth it.”

Bullock also talked about the qualities she looks for in a partner. She added, “You’d like to know that that person can make you laugh and think, you know, can really stimulate you and excite you when they’re gone and you think about them. Somebody you can admire and be proud of and sit back and go, ‘This is my man.’” 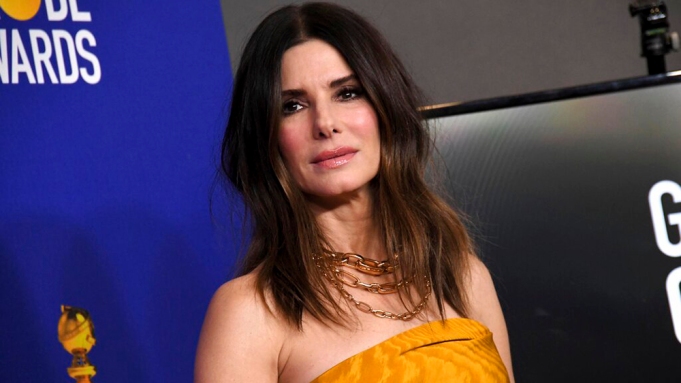 She continued, “And whether or not he’s a millionaire or he’s a painter, a musician or somebody who just, you know, shucks clams, it’s that respect level that we forget to look for.”

The Bird Box star met the Love You To Death actor in the 1990s. The two of them crossed paths for the first time while filming 1992’s Love Potion No. 9. They dated for nearly four years and were even engaged before pulling the plug on their relationship.

Sandra also formed a close bond with the Friends star Jennifer Aniston due to their relationships with the O.C alum. During her Interview cover story in February 2020, Bullock spilled the beans on her friendship with Aniston. The Miss Congeniality actress had a brief romance with the former NFL star in the year 1995. Later on, these two were linked again in 2014 following her divorce from her husband Jesse James. In 1996, The Proposal actress revealed that she had been in a relationship with someone for almost 10 months. At that point in time, many people believed that the man who Sandra was talking about was film tech, Don Padilla. He also accompanied her to the July 1995 premiere of her movie The Net.

In an earlier interaction with Detour, Sandra talked about her then-unidentified boyfriend and said, “[He’s a] really sweet person. It’s been rough because of all this that happened plus he’s working all the time and I rarely get to see him.” 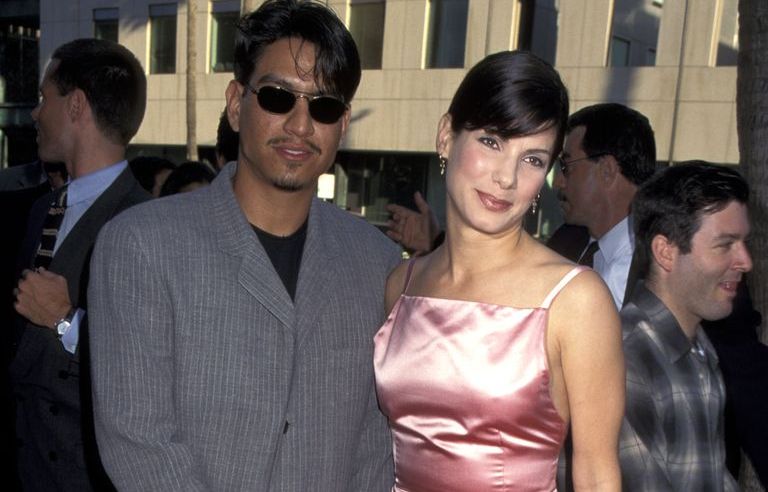 Bullock continued, “But for a year I was by myself trying to date and I’m telling you dating was the worst experience I ever had. I seem to have attracted everyone whose intentions were not the best.” As per the reports, the two dated for less than a year before calling it quits.

Sandra and her A Time to Kill co-star reportedly dated for 2 years from the year 1996 to 1998 in private but they never made any comment about their relationship until they split in 1996.

It seems like Matthew and Sandra ended their relationship on good terms. In a 2013 interview with Cosmopolitan, Bullock talked about her ex-boyfriend Matthew and she stated that she had nothing but respect and admiration for him. 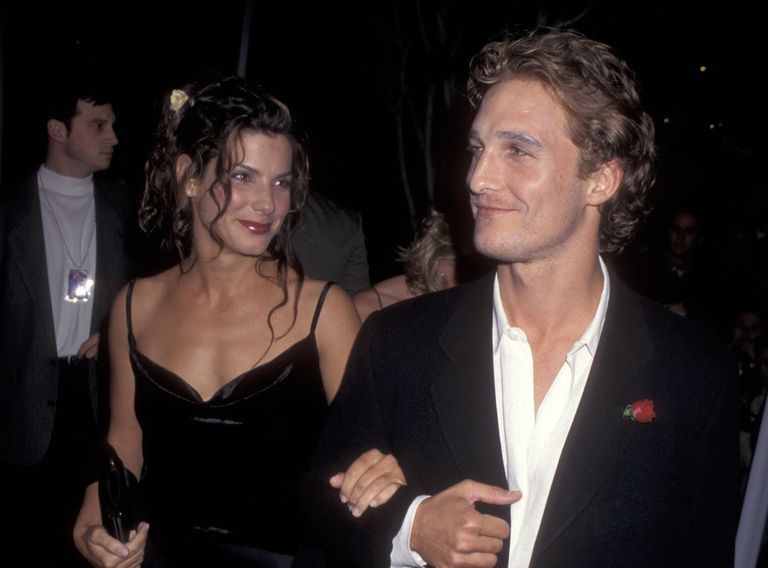 The Ocean’s 8 star said, “It’s the work we both put in. There’s a great amount of respect and love. I feel very cared for by Matthew. No matter where he is in his life or where I am in mine—he could be married—I know we would stay close.”

Then, Sandra Bullock moved on in her life with Bob Schneider, the former lead singer of the rock band Ugly Americans. The two of them dated for nearly 2 years from the year 1999 to 2001.

During a 2000 interview with Cinema.Com, The Thing Called Love actress discussed her romance with the musician and said, “As celebrities go, Bob and I have a very low-key relationship. We live our life together one day at a time. It’s something I learned through trial and error.”

Yes, Sandra Bullock and Ryan Gosling were an item back in the day. The Murder by Numbers costars dated for only one year. In a 2003 interview with Cosmopolitan, Bullock was asked if she and Ryan were just friends.

At that point, Sandra played it coy and told the media outlet, “If you were to add the word ‘just,’ it would probably be a bit of a lie. So I’d say we’re friends.” 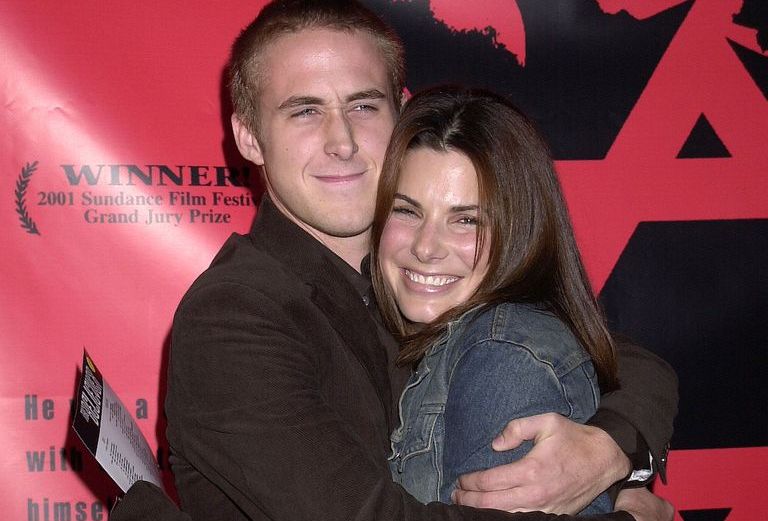 As per US Weekly, later on, during a 2011 interview with The Times, the La La Land actor  referred to Sandra as one of the “greatest girlfriends of all time.” It looks like they are on good terms even today.

The In Love and War actress met the West Coast Choppers founder while the two of them were touring the set of his show Monster Garage. Sandra and Jesse tied the knot in the year 2005.

The former pair exchanged their vows in July 2005. The fairytale romance of these two hit a rough patch in the year 2010 when Jesse faced allegations of infidelity with multiple women in March 2010. Sandra and Jesse’s divorce got finalized in 2010. Later on, Jesse confessed that all the cheating claims were true. In a 2017 interview with Daily Mail, he said, “Yeah, I did cheat on my wife, yeah.”

James went on to say, “I stood up and took accountability for it and apologized. And that’s [the] end of story.…In general, both women and men cheat. It’s part of life.”

After her split with Jesse James, Sandra Bullock took a much-needed break from dating. Then, she sparked romance rumors with Chris Evans in 2014. The When The Party’s Over star was linked to the Knives Out actor in the year 2014. At that time, a close source told US Weekly, that Chris Evans was pursuing Sandra Bullock.

Evans and Sandra met each other for the first time at a Vanity Fair Oscars party in 2012, and soon afterward, Chris admitted that he had a crush on Sandra as a kid. 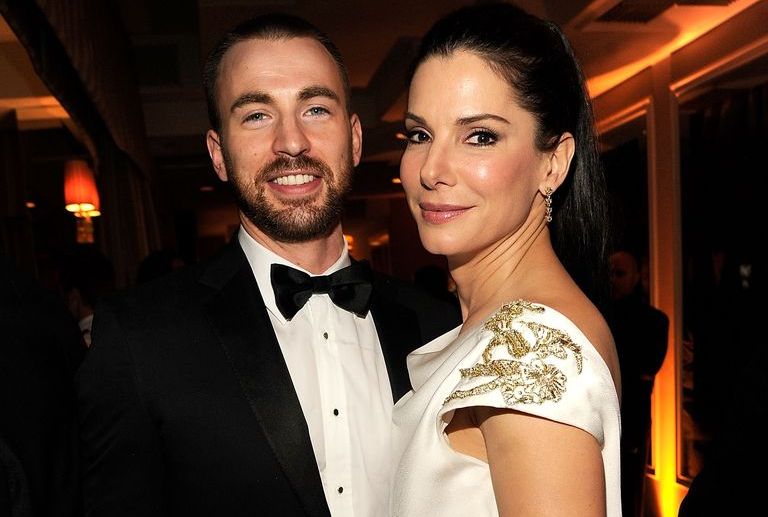 In an interview with Playboy, the Before We Go star said, “I used to be in love with Sandra Bullock when I was growing up. Sandy B. was my girl. I remember seeing Speed when I was in seventh grade and just thinking, That’s her.”

During a June 2014 interview with Entertainment Tonight, Sandra joked about her connection with Chris Evans and said, “You guys are a little behind. We’ve since married and it started breaking apart, so we separated. Bullock told the media outlet, “We filed for divorce, and I hope everyone can respect our privacy. But we’re going to remain friends and share responsibility of the farm animals we’ve taken on because you just can’t abandon the animals.”

In May 2014, a source told E! News, “They are not in a relationship, but they are definitely hanging out and are in the early getting-to-know-each-other phase. They haven’t put a title on it, but they really like each other.”

The Unforgivable actress started dating photographer Bryan Randall in the year 2015. As per reports, the two of them met each other in 2015 when Bryan photographed her son Louis’s birthday bash. We must say that’s a great meet-cute.

Bryan and Sandra have kept their romance away from the flashing cameras and they have been going strong ever since 2015. In September 2018, an insider told US Weekly, “Bryan makes her feel safe and completely takes care of her. [He’s her] rock.” 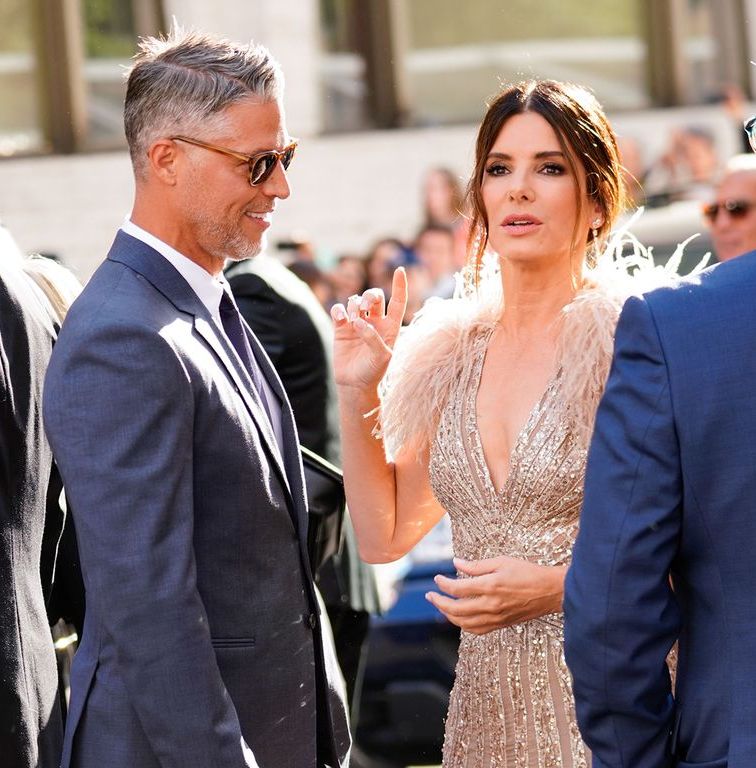 Over the years, Sandra and her current beau Bryan have sparked wedding rumors but in March 2018, her rep told US Weekly, that Randall and Bullock ‘are not married.’

Last year, while making an appearance on an episode of Red Table Talk, the Oscar winner raved over her boyfriend Bryan and said, “I found the love of my life. We share two beautiful children — three children, his older daughter. It’s the best thing ever.”

We are glad to know that Sandra Bullock has found her soulmate in Bryan Randall. Isn’t the love story of these two the sweetest? Kindly let us know your thoughts on their fairytale romance in the comments section below. Don’t forget to stay tuned with us for the latest updates from the world of showbiz.