Rumbleverse is an upcoming, free-to-play, 40-person Brawler Royale game that players are considering as an incredible Fortnite alternative. The game works on a similar formula but the mechanics are a bit different as there’s wrestling and no guns.

The brawl takes place in the Grapital City and you are a unique citizen battling your way to victory using special maneuvers. There are no guns in the play but you can use the items in your surroundings as your weapons. It mainly features melee play.

On the contrary, Fortnite needs no introduction as it’s one of the biggest games in history. The popular battle royal makes you jump onto an island, find resources and weapons, fight enemies, move into the safe zone, and ultimately be the last man standing.

Rumbleverse uses the same concept but incorporates a unique twist. We’ll offer a brief Fortnite vs Rumbleverse comparison here that’ll let you know why you should give it a shot.

What is the Rumbleverse Game?

Rumbleverse is an upcoming free-to-play 40-person Brawler Royale (a unique twist to the battle royale genre). The game starts with players jumping in a picturesque location called Grapital City and every brawler is on a mission to be the last man standing.

You’ll be playing as a unique citizen of Grapital City trying to become the champion by outlasting everyone else. You won’t have any guns but the main focus will be on melees. You can also bring your surroundings into play. 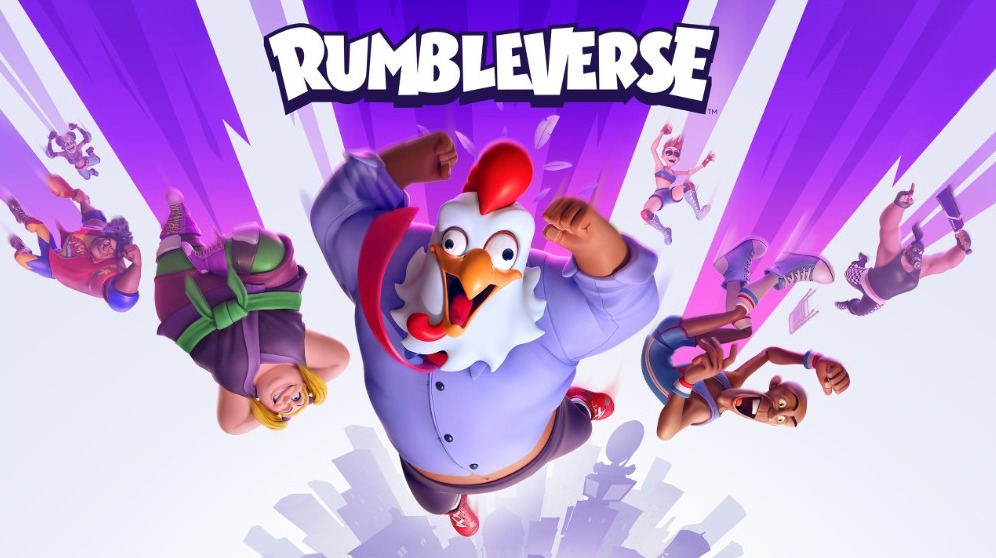 For instance, you can chokeslam your enemies from the top of tall buildings, grab items like the dustbin or benches to hit your foes and smash your opponents onto the ground.

Rumbleverse features plenty of similarities with Fortnite as Epic Games is the publisher behind both titles. However, Rumbleverse developer Iron Galaxy believes it’ll be much more than being a Fortnite clone and will stand out as a “Brawler Royale.”

That’s why the players will take on the role of a professional wrestler and won’t be finding guns and building structures to victory. There will be a lot of wrestling moves that help the wrestlers become the last Rumbler standing.

When is the Rumbleverse release date?

Rumbleverse was set to launch on February 15, 2022. However, Irongalaxy and Epic Games decided to delay the launch for further testing and development. An early-access period started on June 11, 2022, and it lasted for exactly 24 hours.

Epic Games announced Rumbleverse on December 10, 2021, in an 8-hour long Beta Look event. The initial playtest was held shortly after that. The latest one has now concluded and the game is ready to launch.

Launch Day for Rumbleverse is August 11.
Season One begins on August 18.

Finally, the release date for Rumbleverse is set for August 11, 2022, and the Brawler Royale will be available for everyone to play. The release date has been announced alongside a new trailer recently.

What platforms will Rumbleverse be available on?

Rumbleverse will be available to play on PlayStation 4, PlayStation 5, Xbox One, Xbox Series S|X, ad PC. Players across all platforms will be able to jump into the Grapital City together in an attempt to be the victor wrestler.

Unfortunately, Rumbleverse won’t be available on Nintendo Switch or cloud gaming platforms. For now, Iron Galaxy doesn’t seem to have any plans for the handheld consoles either.

Rumbleverse vs Fortnite: The Similarities & Differences

Rumbleverse has a lot of similarities to Fortnite but it also has a fair share of differences. Both the games are basically a battle royale, just with a different formula. Fortnite is more focused on finding resources, especially weapons, and building structures to ace the map.

Whereas, Rumbleverse is more melee-focused with no guns or rifles. Players take the role of a wrestler and use wrestling moves to take down their opponents. Both the games also have Epic Games as their publisher and both of them are free-to-play. 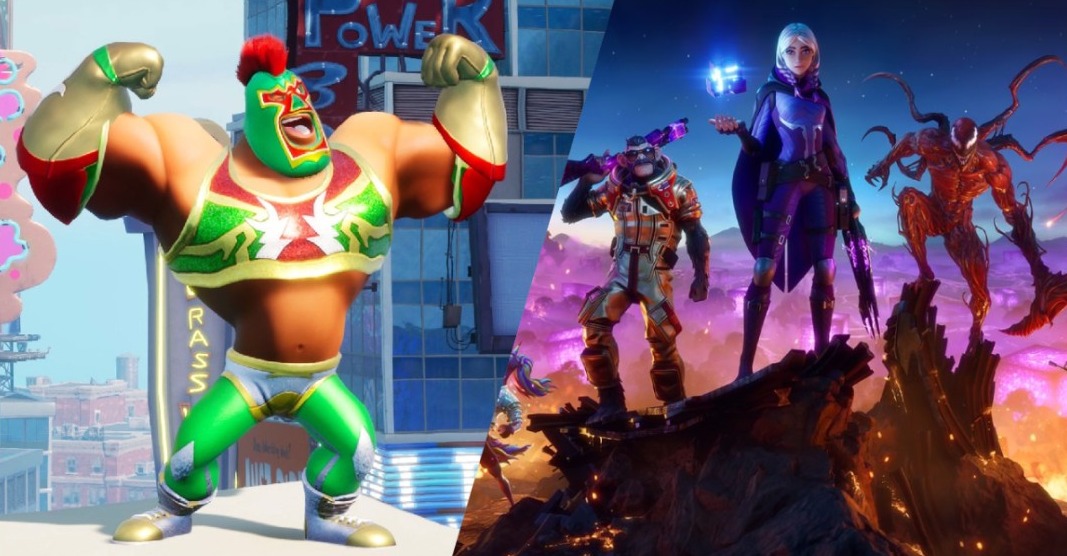 However, Fortnite is one of the biggest games in the world right now. On the other side, Rumbleverse hasn’t even been released yet. It’ll be an injustice to call Rumbleverse better than Fortnite. Although it’ll cause serious competition once it’s available for everyone to play.

Rumbleverse is more like a fighting game heavily influenced by the WWE, AEW, and other wrestling promotions. It’ll be a refreshing take combining the fighting and battle royale genre when all the available battle royales are shooting-focused.

The players tired of the reflex-dependent gun and building action of Fortnite will definitely jump ships to Rumbleverse to get a feel of fresh air. It’ll be interesting to see if Rumbleverse is able to retain that base of players to attract even more of them.

Rumbleverse’s gameplay depends on fighting in the Grapital City using wrestling maneuvers and items in your surroundings to defeat your opponents and be the last one standing when the game ends.

The players will navigate through physical strikes, command grabs, blocks, and dodges. They will learn more powerful moves by finding loose magazines and speed reading through them as the game progresses. 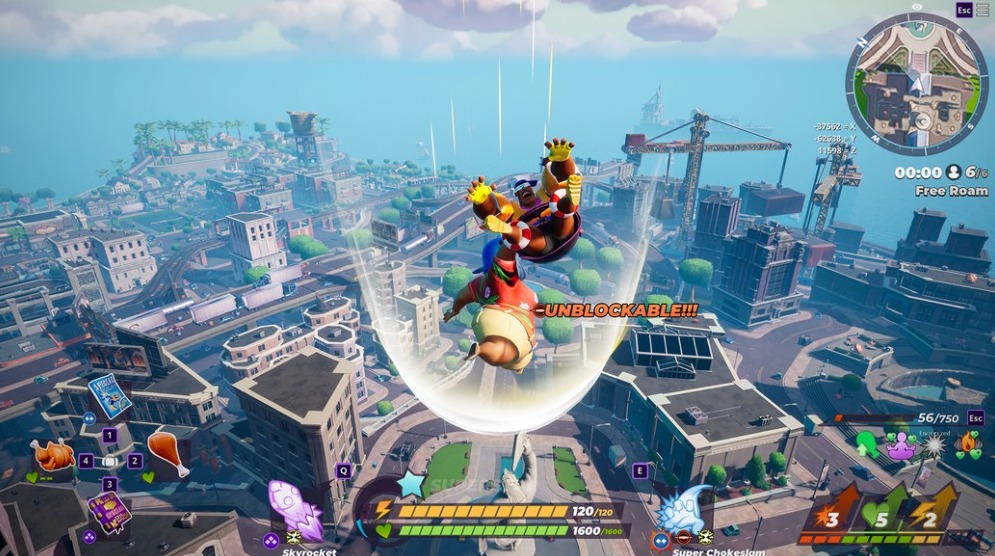 The main challenge in the first few minutes is to pick up a magazine, remember the right button prompt, and wait for the time to learn the new move. You can also use items available in the surroundings. However, they can be interrupted by other players.

You’ll often find other wrestlers appearing out of nowhere (like an RKO), or someone jumping towards you from the off-screen with a dropkick. Players will be getting used to everything once the game is available and will develop strategies for the same.

Why you must try Rumbleverse at least once?

You must give Rumbleverse a shot when it launches as it’s a unique title combining the widely popular battle royale genre with the fighting or brawling style, instead of the traditional shooting formula. It’s like a crossover between WWE and Fortnite.

It’ll be the first fighting battle royale featuring no guns but players brawling using wrestling maneuvers. Some players have also found it similar to WWE’s Royal Rumble event but set in a bigger location. However, players won’t be eliminated by throwing them off the top rope.

In fact, there aren’t the squared-ring and ropes in Rumbleverse. Players will be brawling throughout the city. They’ll be fighting in the parks, on the road, on top of the buildings, and everywhere. There’s a lot to look forward to and it’ll be refreshing.

Therefore, we’d strongly recommend trying out Rumbleverse when it launches in August.