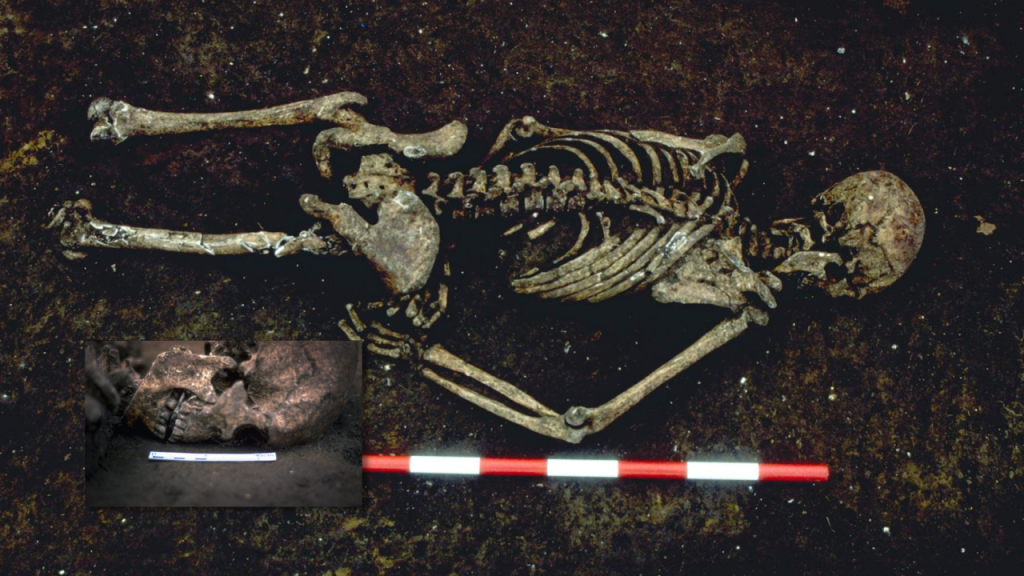 There was a strange and seemingly unique burial that took place in a village in Britain sometime in the third or fourth centuries A.D. In 1991, while archaeologists were excavating a Roman Britain burial site in Northamptonshire, they were surprised to find that out of the cemetery’s total of 35 remains, just one was buried facedown. 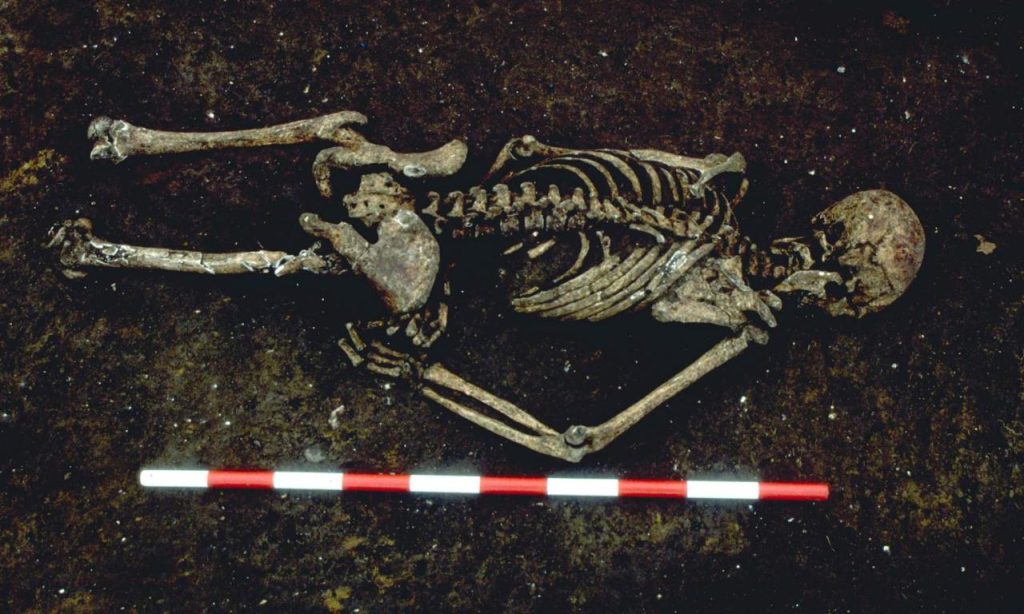 Although this gave the impression of a less favored standing within the community, the position itself wasn’t all that unusual. The man’s mouth was what made history. The infected bone provided evidence that the tongue of the man, who was in his thirties when he died, had been amputated and replaced with a piece of flat rock.

Archaeological sources do not mention this type of mutilation, which may be the start of a new custom or perhaps a form of punishment.

However, other Roman British graves do contain corpses that have been completed with objects. There are no known Roman laws regarding the removal of tongues. The majority have stones or pots in lieu of their missing heads. 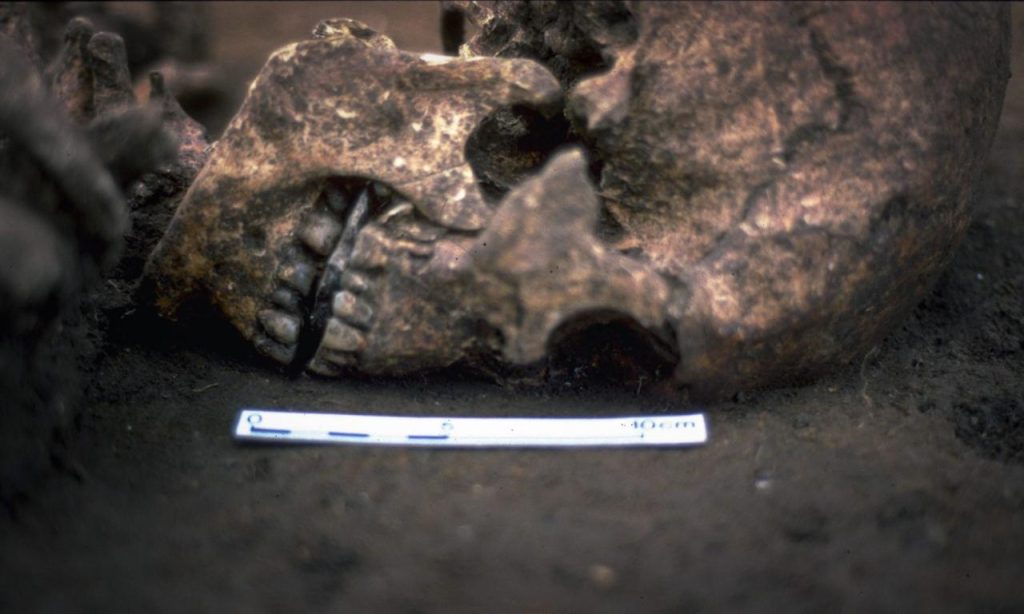 It is a mystery why the man’s tongue was removed from his mouth. According to Historic England’s human skeletal biologist Simon Mays, the photographs from the excavation that took place in 1991 show that the man’s skeleton was discovered facedown with his right arm sticking out at an unusual angle. This is possible evidence that the man was tied up when he died.

Mays did find examples of patients who were suffering from serious mental diseases and had psychotic episodes that caused them to bite off their tongues in the modern medical literature. Mays speculated that the ancient man might have experienced such a disease. He added that he may have been tied up when he died because people in the community thought of him as a threat.