Staring at the ceiling while listening to this song and thinking about the one. Got a lot of memories back?

Lavender Haze is now out. Taylor Swift looks stunning and slays in her new song. If you didn’t know, the first single from Taylor Swift’s tenth studio album, Midnights, is the newly released ‘Lavender Haze.’

This love song is hinted at Taylor and her six-year boyfriend, Joe Alwyn. Along with the track’s unveiling, Taylor shared a short video on Instagram about how she came up with the idea for the song and what it is about.

Surprisingly, Taylor Swift hinted a little something about her private relationship. The lyrics do speak a lot of things. But Taylor, you’re amazing! Let’s take an in-depth look at the song.

We can’t get enough of Taylor’s beautiful voice, but the lyrics have a deeper significance. And if you listen closely, you will understand what it means.

Taylor explained, “I happened upon the phrase ‘lavender haze’ when I was watching Mad Men. I looked it up because I thought it sounded cool and it turns out that it’s a common phrase used in the 50s where they would just describe being in love.

I think a lot of people have to deal with this now because we live in the era of social media and if the world finds out you’re in love with somebody, they’re going to weigh in on it.”

Check out the official clip below.

Taylor Swift then further disclosed and hinted to her followers by remarking, “Like my relationship for six years we’ve had to dodge weird rumors, tabloid stuff, and we just ignore it. So this song is about the act of ignoring that stuff to protect the real stuff.”

The word ‘beautifully’ speaks for itself. The lyrics allude to Alwyn’s careful handling of their relationship in interview sessions. That’s actually quite endearing. She and Alwyn started dating in 2016, and there have been a lot of rumors about Taylor, which is actually awful.

Swift probably says from the lyrics that Alwyn chooses to ignore talk concerning her past and dating background. And that this thing is actually ‘new’ for her. Alwyn said in an interview, “I think because the precedent was set—that our choice is to be private and not feed that side of things—the more you do that, hopefully, the more that intrusiveness or intrigue drops off.”

We’ve all seen what happens when celebrities start dating. People are always making up stories about them getting married or engaged, and when this will happen.

Now when you will listen to the lyrics once again after knowing the meaning behind them, it makes more sense. 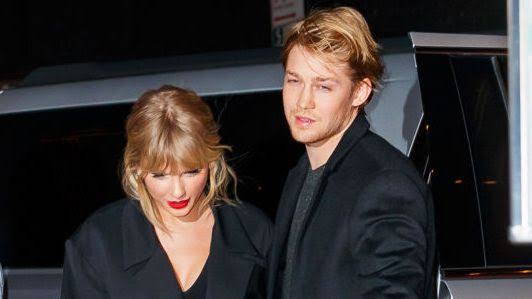 What are your thoughts on this new song? We absolutely loved it and are looking forward to listening to more tracks by one and only Taylor Swift.