27 years after she passed away, Princess Diana continues to be as popular as she was when she was alive. Although many people know of her, not many people know about her as it has been a long time since she was around and newer generations of people have grown up since.

Diana Frances Spencer was born into the British nobility. Contrary to popular beliefs, she did not grow up as a commoner but instead grew up close to the royal family near their Sandringham estate.

Her parents went through a divorce when she was young. She along with two sisters and a brother lived with their father. After completing her schooling in Switzerland, Diana returned to England to become a kindergarten assistant teacher.

The first time that Prince Charles and Diana crossed paths was when he was dating her sister. The sister- Sarah introduced them at a grouse hunt in November 1977.  and Prince Charles did not date for long. Sarah went on to marry Neil McCorquodale. She also said that there was no way she would have married Charles, whether he was the “dustman or the King of England.”

However, Diana had different feelings about Charles even with an age difference of 12 years between them. According to The Diana Chronicles, she would tell her friends that he was the one for her and even laugh about how he was “the one man on the planet who is not allowed to divorce”. 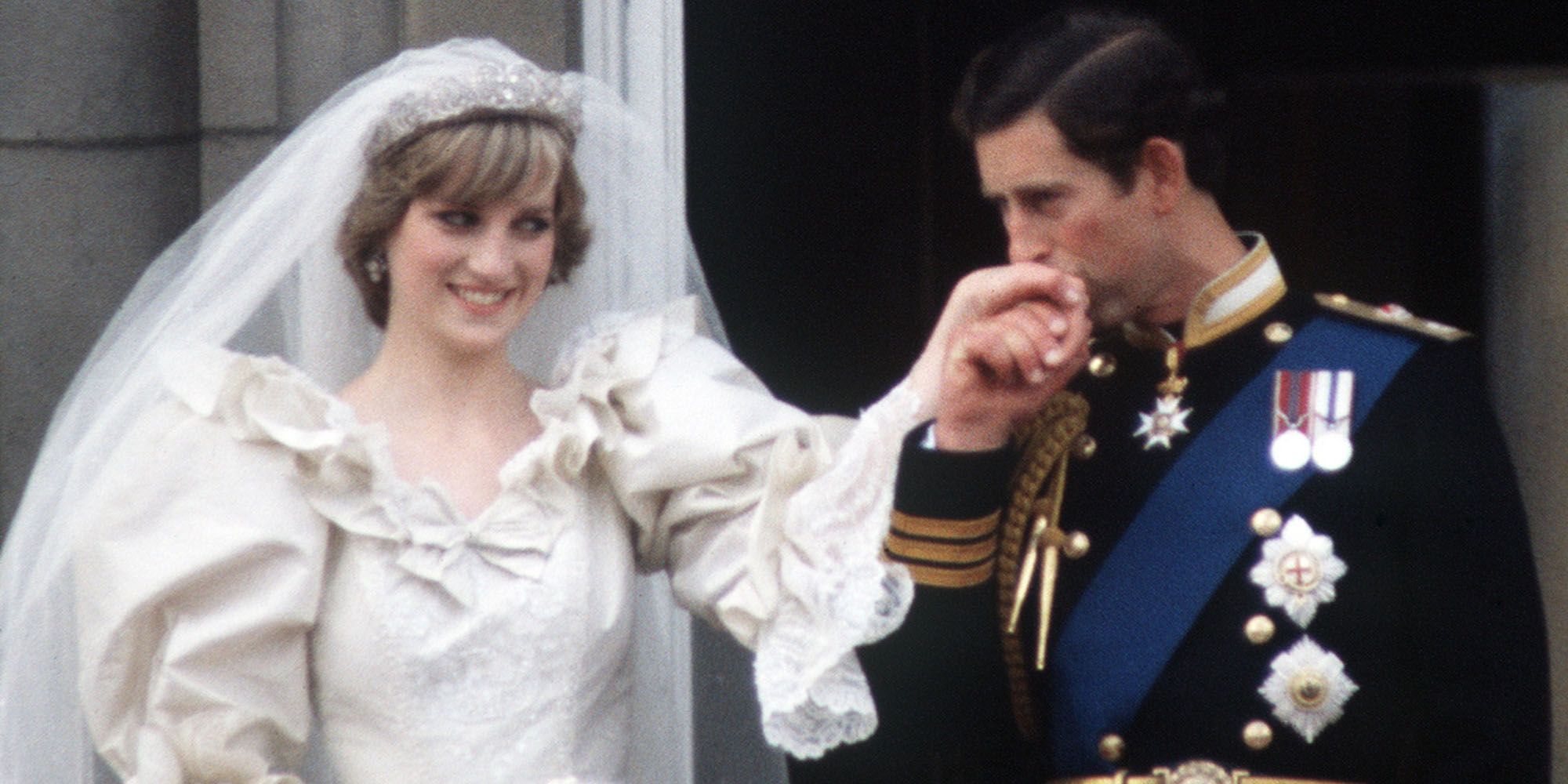 However, this incident was contradicted by author Andrew Morton’s book Diana: Her True Story in Her Own Words. In that book, she said that their first meeting left her thinking “God, what a sad man.”

Although it was a few more years before the two started dating, most of their relationship was over the phone. The couple only met 13 times before he proposed in February 1981. Many believe that he was still in love with Camilla, but due to their on-again-off-again relationship and the royal family’s unwelcome attitude towards Camilla, he didn’t propose to her.

The Wedding and Divorce

The wedding took place in St. Paul’s cathedral. It was also broadcasted live and about 750 million people watched it.

It was made out to be the perfect love story but the truth was far from it. The couple went on to have two children, Prince William and Prince Harry. But they were no longer in love. It is believed that Prince Charles had an affair with his ex-girlfriend Camilla.

The news of the scandal became worldwide news. Two years later in 1992, the couple officially separated. By 1996, they were divorced. Meanwhile, Prince Charles appeared openly with Camilla. A change was made to the Church of England’s rules, which allowed Prince Charles to remarry in 2005.

Although Princess Diana and Prince Charles had been separated for 5 years and were now divorced too, this did not decrease people and media’s interest in Princess Diana. Instead, the paparazzi followed her around more than before. She continued to be a popular humanitarian and style icon, but people loved her as the ‘royal rebel’.

She spent a lot of time undertaking causes like AIDS patients and other children’s causes. She made sure that her boys also accompanied her to hospital visits and homeless shelters. 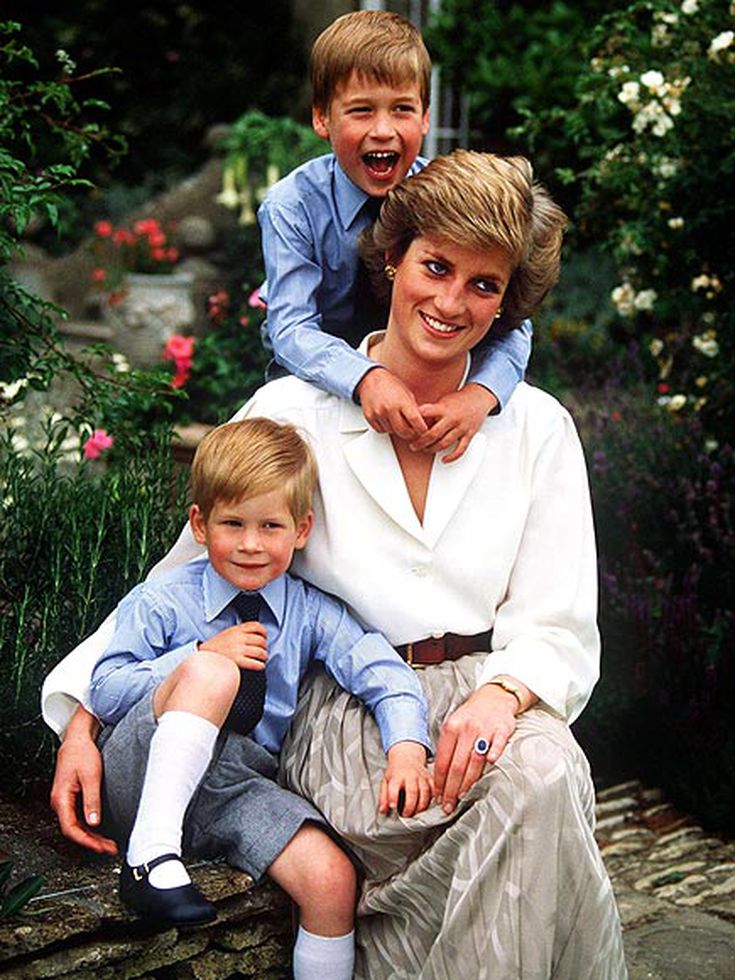 She wanted them to know about life outside of the walls of royalty. She also took the boys on public transportation and to local food restaurants to acquaint them. Her compassion, demeanor, and warmth earned her the title of “the people’s princess.”

As her popularity grew, her personal life was also invaded by the paparazzi and media persons. Diana was dating Dodi Fayed, the son of billionaire Harrod’s owner and a producer. The couple had just returned after spending a week on a yacht in the Mediterranean. After coming to Paris, the pair shared a meal at Ritz Paris and then headed to Fayed’s apartment. The car was driven by Henri Paul, the deputy head of security at the Ritz. They were also accompanied by a bodyguard Trevor Rees-Jones.

Shortly after the car left Ritz Paris, they realized that they were being followed by paparazzi. The driver of the car tried to shake them off and ended up losing control of the car. To avoid collision with another car, the driver turned the speeding sedan and rammed it into one of the tunnel’s pillars.

The impact was so powerful that Fayed and Paul died on the spot. However, Diana was still alive. A firefighter who led the response team said that Diana asked him “My God, what happened?”. At that time, he did not know that it was Princess Diana and that those wore the last words she would speak to anyone. She died a few hours later in the hospital.

Her funeral is believed to be one of the most viewed with over 2.5 billion people tuning in to bid her the final farewell. Around 1 million people lined up on the streets of London to see her coffin. People were mostly sympathetic toward Diana’s two young boys William and Harry who were only 15 and 12 years old at that time.

In 2017, they collectively did an interview where they talked about how hard it was for them to be a part of the whole process and not break down in public. William said that he tried to hide behind his long hair while Harry said that he just wanted to make their mother proud. They both agreed that walking behind their mother’s casket was a very difficult thing to do . 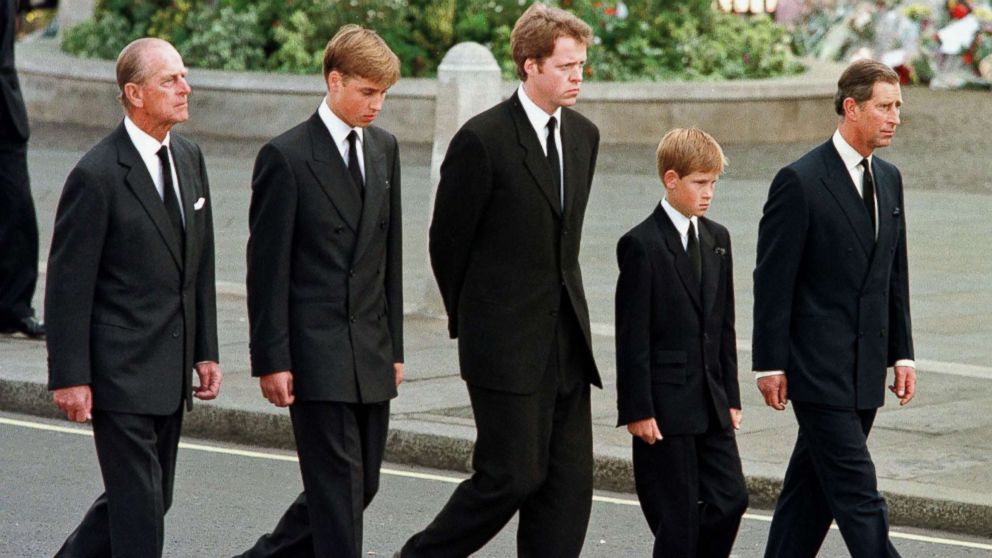 While they grew up and rarely speak to each other, both of them will always be Diana and Charles’ sons. She loved them dearly and it showed in all pictures and videos that exist of them together.

In January 2020, Harry and Meghan announced their decision to step back from royal duties and become financially independent. Although the two brothers lead different lives, they both try to live up to their mother’s expectations and make her proud.