The latest Google I/O event revealed a brief glimpse at the Pixel 7. We know what the phone will look like with camera lenses overhauled on the distinctive horizontal bar made of aluminum. We also know that it’ll be running on the second-gen Tensor chip.

However, there’s a lot that we don’t know yet. There are still too many things we need to figure out about Google’s upcoming flagships. We have tried finding them out and sharing the compilation here.

At Google I/O May 2022, Pixel 7 and Pixel 7 Pro got confirmed as the company unveiled a first look at the flagships. Google also revealed that they’ll be named the same and they aren’t tweaking the titles. Apart from that, not much was revealed at the event.

Google also revealed that both Pixel 7 and Pixel 7 Pro will launch later this year. If we go by the trend, we expect the next generation of Google Pixel smartphones to debut in October (or maybe September) as that’s the time the company usually unveils its Fall launches. 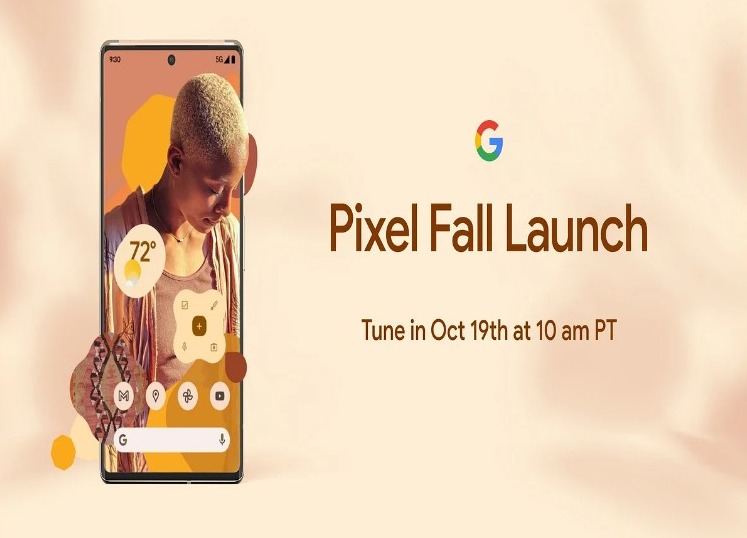 However, the Pixel 7 lineup isn’t the next set of Google smartphones coming to the market. The newly unveiled Pixel 6a is going to be available first with pre-orders starting on July 21, 2022. The budget flagship will be available in the retail markets on July 28.

Google unveiled the first look at the Pixel 7 design at the May I/O conference. The company is keeping the horizontal camera bar which was first introduced with the Pixel 6. However, there are certain tweaks this time.

The main camera and the ultrawide camera are now coupled together. Whereas, there is a separate lens on the Pixel 7 Pro which is supposedly a telephoto shooter. The design is a bit different from the Pixel 6 lineup and there’s an aluminum bar that’s a bit flashy. 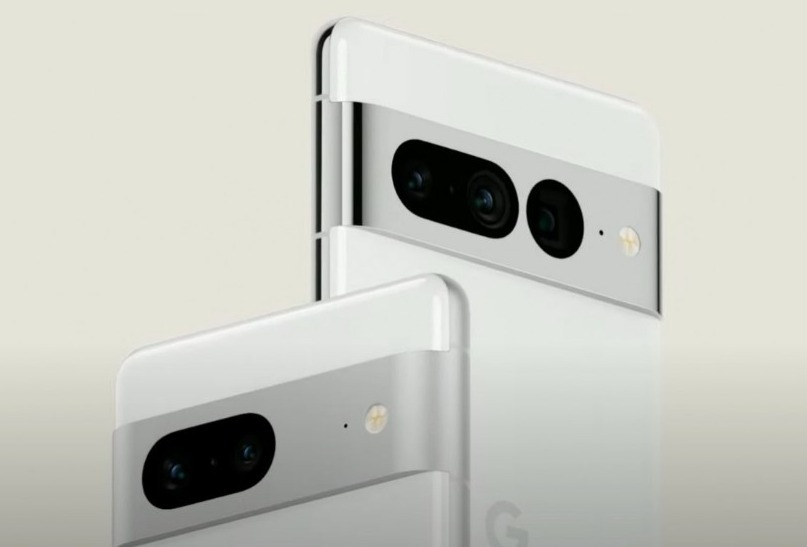 Google will likely stay with the 90Hz AMOLED screen type while it might be raised to 120Hz on the Pro variant. It’s also reported that the Pixel 7 Pro display could be brighter than the Pixel 6 Pro’s screen.

Google officially unveiled the renders for Pixel 7 and Pixel 7 Pro at the May I/O event, and they seem really similar to the unofficial renders that we discussed previously. 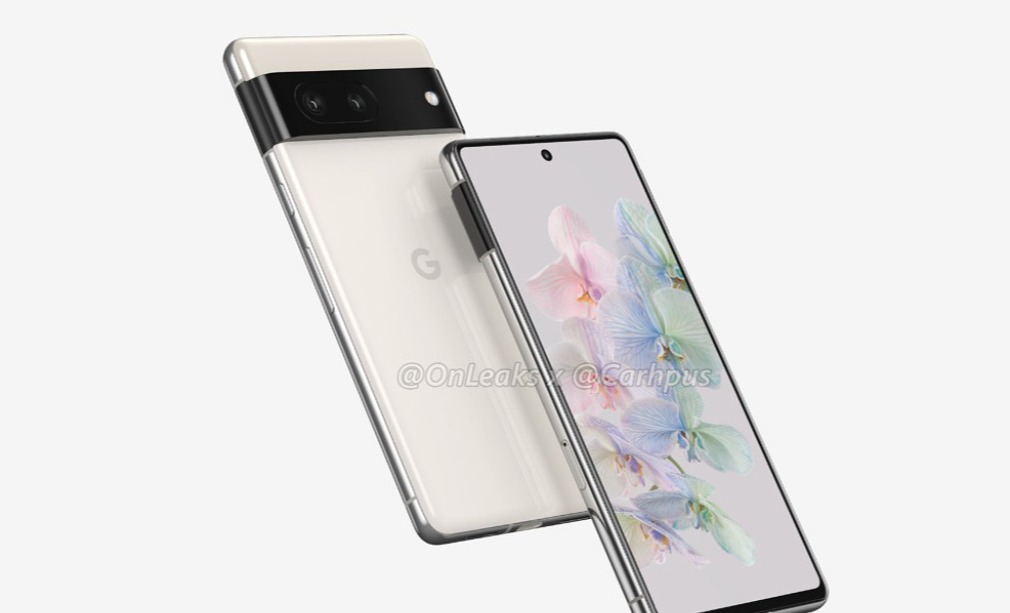 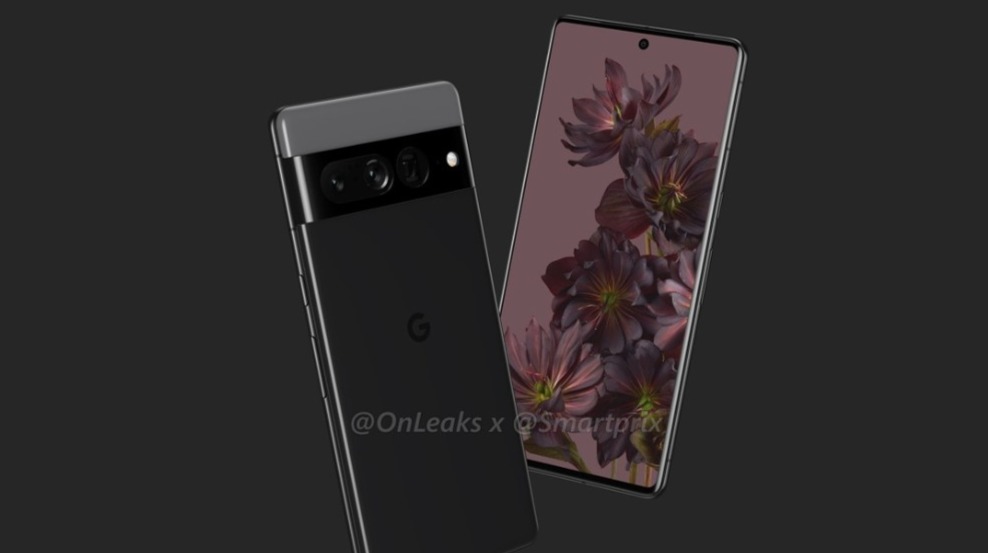 For colors, the vanilla Pixel 7 will likely be available in Black, White, Coral, and Blue options. However, not much is known about the color options for Pixel 7 Pro. We’re expecting Google to offer a Sky Blue or Metallic Gray variant this year.

Google has revealed that Pixel 7 and Pixel 7 Pro will be powered by the second-generation Tensor chipset. The processor will be a follow-up to the Pixel 6 lineup’s first-gen Tensor. More details about the process are awaited. We are expecting a major performance boost and power efficiency improvements with the new chip.

There are also reports of second-gen Tensor chips unlocking new AI capabilities powered by the Machine Learning core in the SoC. However, Google is yet to reveal further information about that. Some rumors even suggest that it could come with an AMD GPU. 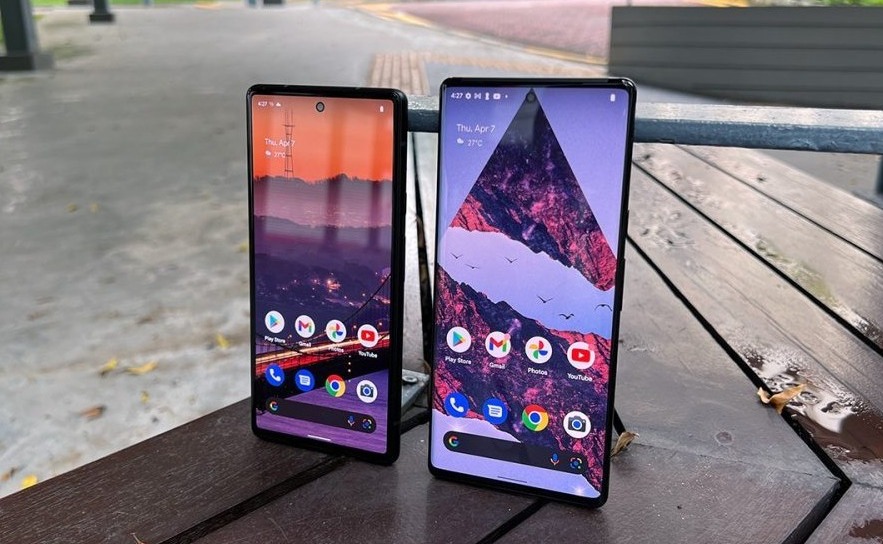 The Pixel 7 will boast a 50MP main camera and a 12MP ultrawide angle lens while the Pixel 7 Pro will also have an additional 48MP telephoto lens. For durability, the Pixel 7 lineup will have an IP68 rating for dust and water resistance along with Gorilla Glass Victus.

It’s unknown if Google will use the same fingerprint sensor as last year’s flagships. Users were clearly left frustrated with the issues they experienced due to Pixel 6 and Pixel 6 Pro’s fingerprint sensors. That’s clearly an aspect Google needs to work on.

What about the Camera Performance and Battery Life?

Google completely upgraded the cameras with the Pixel 6 series. It remains to be seen what changes and new features will we see with the Pixel 7 series’ cameras. The base Pixel 7 will have two lenses, a 50MP main camera and a 12MP ultrawide angle shooter.

On the other side, the Pixel 7 Pro will also have a 12MP telephoto lens. Based on a code in the Google Camera app, it’s expected that the Pixel 7 series’ front cameras will have high-resolution sensors that support 4K video. 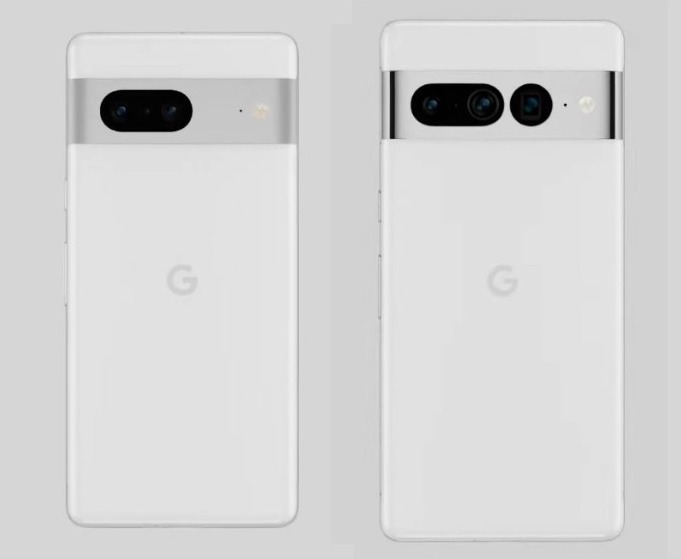 We are expecting the upcoming flagships to drastically improve the camera performance with the new second-gen Tensor chip.

Coming to the battery, not much is known about it. Pixel 7 and Pixel 7 Pro will likely sport a 5,000 mAh battery with an improved life with better efficiency due to the new Tensor chipset. It’ll be great if Google adds faster charging support for the upcoming flagships.

Google also followed the same trend with the Pixel 6a by launching it at the same price as the Pixel 5a. Choosing a lower and stable price range has helped Google to take Pixel phones into the list of best-selling flagships in the world.

However, we expect Google to include more countries in the list, especially the major markets like India and UAE. Pixel 6a’s launch in India hints in the same direction.

Will there be a Pixel 7 Ultra or Pixel 7a?

The Pixel 7 and Pixel 7 Pro are the only two devices confirmed by Google at the May I/O developer conference. There have been plenty of rumors of the Pixel 7 Ultra, which will be an even more premium variant in the series, like Samsung’s Galaxy S22 Ultra.

However, Google hasn’t confirmed anything about it yet. The Pixel 7a is more likely to arrive next year just like its predecessors. It won’t be available with Pixel 7 and Pixel 7 Pro considering the recent launch of Pixel 6a.

A lot of information will be available about the lineup in the coming months. We’ll keep you updated about everything. Make sure you continue visiting us.