A Georgia man travelled from his home and fatally shot his ex-wife, Sania Khan, who was a renowned Chicago-based photographer, on Monday (July 18) in her condominium in Streeterville. Police reports suggest that he shot himself later when the officers tried to get into his apartment. Read on to know about the killing of a young woman who was full of life.

Who Was Sania Khan? 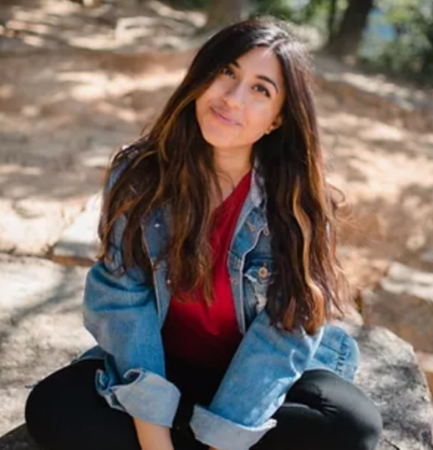 Sania Khan was a Chicago-based photographer and content creator who specialised in candid photography.  Her professional website, states that her life “truly began the day I purchased my first DSLR.” Alongside, the website showcases her work in the field of wedding photography and couple photography.

The 29-year-old photographer originally hailed from the mountain town Chattanooga in Tennessee, however, she moved to Chicago, Illinois, a year back. The photographer also revealed on her website that she used to be a flight attendant previously for  Spirit Airlines.

As a lead attendant,  she managed communications amongst the cabin crew, labored as a lead flight attendant on quite a few flights, and requested medical help when a passenger’s life was in jeopardy.

Sania’s TikTok was gradually gaining a lot of attention for her talent. She had over 3000 followers and her bio reads as: “South Asian, going through a divorce/healing, photographer.” On TikTok, she has videos where she documented her divorce journey as well her photography  journey

One of her videos says: “The first few months of any divorce journey are the darkest. It’s full of anxiety and sleepless nights.” There are many empowering messages for her followers. As life was getting normal for this lively soul, her ex-husband ended it without any mercy.

Why Was Sania Khan Killed?

Sania Khan, a South-Asian woman from Chicago, documented her reflections on her abuse and divorce. She was failed by her family and community around her. May she Rest In Peace, Ameen!

A Georgia-based man travelled from his home and fatally shot Sania in her condominium in Streeterville Monday (July 18). The man has been identified as her ex-husband, Raheel Ahmed.

Police officers arrived at the building in the 200 block of East Ohio Street around 4:30 p.m. after police in Alpharetta, Ga., requested a well-being check on Raheel Ahmed, 36, the reports state. His family has registered a missing complaint from the Atlanta suburb.

However, as the police officials knocked on the door, they heard a single gunshot and “a verbal groan”. They found out that Sania was lying unresponsive near the door with a gunshot wound in the back of the head.  Ahmed was also found in a bedroom and was also shot in the head.

The Chicago Sun-Times claims that Raheel Ahmed may have killed Sania due to depression as his mental health was compromised as a result of their bitter divorce. It came out that the ex-couple broke up last winter and later separated. It has been reported that Sania lost her parent’s support after she divorced her husband who was abusive and toxic.

One of Sania’s high school friends is shaken by the said incident. She revealed in an interview that Sania Khan was planning to move back home to start planning her next move in her photography career. She said:

“You were stepping into the next chapter of your life when you left us,” her friend wrote on Facebook, as per the Sun-Times, “and I hope that wherever you are, this next chapter brings you the happiness and success you were always wanting.”

That poor girl lost support from her family all because she decided to get a divorce from a toxic & abusive marriage. Some desi parents care more about their reputation than their kids happiness. Desi culture can be so toxic smh RIP Sania Khan. Inna Lillahi wa inna ilayhi raji’un

Sania was a double-major in psychology and women’s studies. She later became a flight attendant “to support herself to fulfil her photography career”. Sania’s friend further continued, “She could make a friend out of anyone and would always be there for them during their moments. You would be hard pressed to find anyone who would say something bad about Sania because just knowing Sania added so much light to your life.”