Panic broke out among people at Los Vegas Strip on Saturday night over the reports of an active shooter. People heard a ‘loud bang’ noise at the site, which they thought to be an act of shooting. The incident resulted in chaos with everybody fleeing the site and running here and there.

The noise, as reported by the police, was actually caused by a person breaking glass at MGM Grand. The incident took place at around 10 pm, after which social media was rife with speculations about the shooting. Read on to know the complete details of the event.

Panic Was Caused by Loud Noise

As soon as people heard the loud bang, which was actually caused due to shattering of glass, they started fleeing the area, saying there was a shooting. As per the local police, this created a chain reaction of information that spread to other casinos.

Several photos and videos on social media showed people running around the Strip. A video also showed police officers moving with their guns drawn and lowered near New York-New York. The ‘Mad Apple’ Cirque du Soleil stage show at New York-New York was also stopped after the noise and the house lights were immediately switched on. 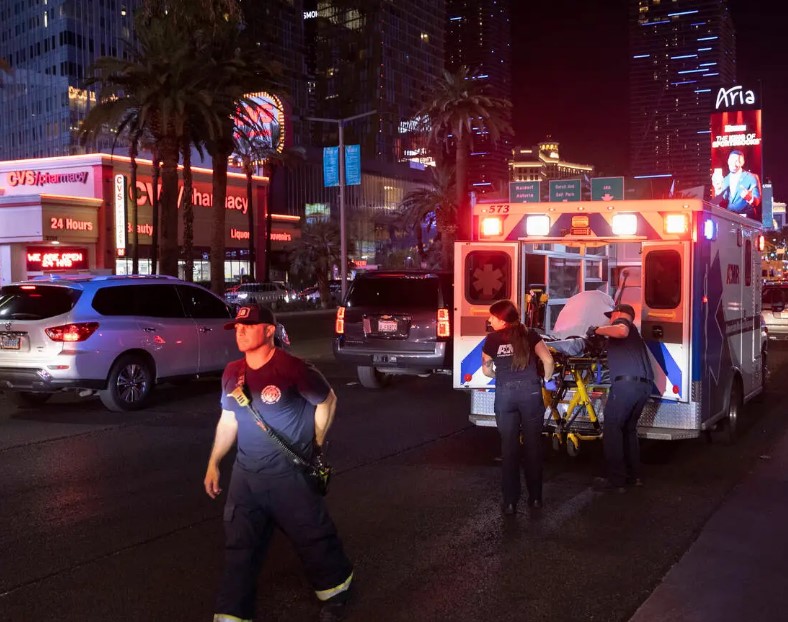 As per sources from the theatre, the audience stormed the front gates and ran across the pedestrian bridge on the Strip connecting MGM Grand and New York-New York. The cast members were taken off stage and asked to lock themselves in the dressing rooms.

Several hotels, including The Cosmopolitan, were also put on lockdown and guests were asked to stay away from the properties.

One person has suffered minor injuries after falling down during the chaos. No other damages have been reported yet.

Police Confirms There was No Shooting

Las Vegas Metropolitan Police later confirmed that there was no shooting at the Strip, despite the reports of gunfire at around 10:42 pm. The official handle of LVMPD tweeted, “Reports of a shooting near the MGM tonight are unfounded. Initial reports are a glass door shattered causing a loud noise which startled people in the valet area.”

“There is no evidence of gunfire in the area and the event is under investigation,” reported the police department. Capt. Branden Clarkson said that at around 10:00 pm, a person had broken a window in the casino’s valet area. 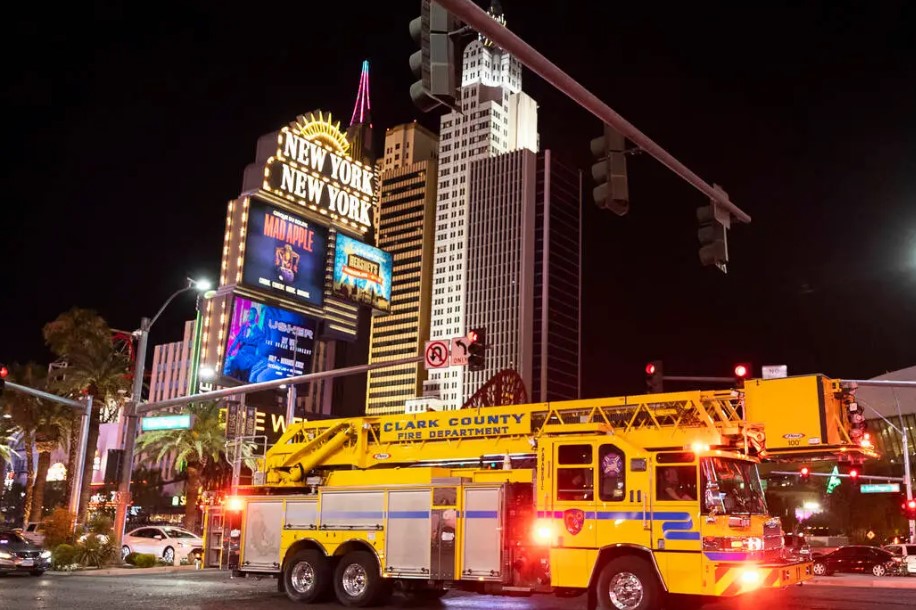 “It caused a loud bang, there was a subsequent panic, thinking it was possible gunfire given the nature of what’s been happening across the nation,” he added. The person has been taken into custody under the charges of destruction of property.

Mass Shooting Had Occurred at the Site in 2017

A mass shooting had taken place at the Las Vegas Strip and surrounding area in 2017. On October 1, a gunman opened fire at people attending the 91 Harvest music festival from his window on the 32nd floor of the Mandalay Bay hotel.

The shooting is considered as one of the deadliest mass shootings in the history of the USA. Sixty people died while hundreds of others sustained injuries following the unfortunate incident.

Thankfully, the panic has not resulted in any major damage to life or property. For more news and updates, keep watching this space.