Legendary actress Louise Fletcher is no longer with us. She was best known for her Oscar-winning performance in the 1975’s movie One Flew Over the Cuckoo’s Nest. She played the role of sadistic Nurse Ratched in the film. Her character in the movie gave Hollywood one of the greatest villains of all time.

As per various reports, Louise died on Friday, September 23, 2022. She passed away at the age of 88. Continue reading further to learn the main reason behind the death of the Hollywood actress.

What was the cause behind Louise Fletcher’s death?

It has been reported by Deadline, that Louise’s family shared the sad news of her death via agent David Shaul. She passed away at her home in Montdurausse, France on Friday. As of now, the cause of her death has not been revealed.

Shaul told the media outlet, that Louise passed away in her sleep at her home in France. At that time, she was surrounded by her family. She built her home from a 300-year-old farmhouse and she talked about her beloved home with her family members and said, “I can’t believe I created something so meaningful to my well-being.” Who was Louise Fletcher?

Louise Fletcher was an American actress who was born on July 22, 1934, in Birmingham, Alabama, United States. Both of her parents were deaf. During her Academy Award acceptance speech, she used sign language which was one of the most beautiful moments in the history of Oscars.

Throughout her career, Louise starred in many shows such as Lawman, Bat Masterson, Maverick, The Untouchables, and 77 Sunset Strip. Along with this, she appeared in several movies like Thieves Like Us, The Lady in Red, The Lucky Star, One Flew Over the Cuckoo’s Nest, and A Perfect Man among many others. Fletcher tied the knot with literary agent and producer Jerry Bick in 1960. The pair got divorced in 1977. She is survived by her sons John Dashiell Bick and Andrew Wilson Bick, granddaughter Emilee Kaya Bick, sister Roberta Ray, brother-in-law Edward Ray, and 10 nieces and nephews.

Tributes pour in for Louise Fletcher

The Switched at Birth star Marlee Matlin wrote, “Sad to read of the passing of Louise Fletcher. Brilliant actress & Academy Award winner, I remember her as the daughter of Deaf parents (CODA) who was the FIRST to sign her acceptance speech at the Oscars. And she was so lovely as my mother on “Picket Fences.” RIP dear Louise.”

The China Beach actress Mary Marg Helgenberger penned, “The performances in “One Flew Over the Cuckoo’s Nest” blew my mind & inspired me to become an actor. Louise Fletcher as Nurse Ratched chilled me to the bone. Rest in Power.” 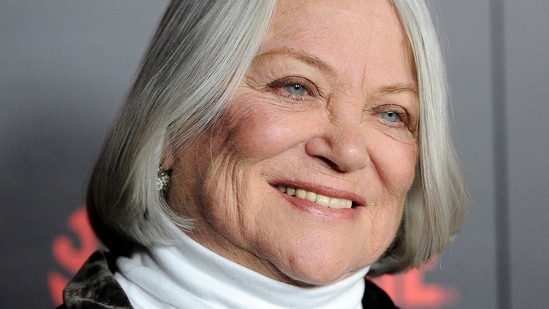 The Star Trek: Deep Space Nine producer Robert Hewitt Wolfe tweeted, “It was an honor and a pleasure to write for Louise Fletcher, one of the absolute greats. A blazing talent and a compete class act. May she rest with the Prophets.”

We send our deepest condolences to the friends and family of Louise Fletcher during this difficult time. May the departed soul rest in peace. Don’t forget to stay tuned with us for the latest updates from the world of showbiz.