In a rather unfortunate event, one person died, and 17 others were injured when a part of the main stage collapsed at the Medusa Festival in Spain. The incident happened on Saturday, August 13, around 4:18 am local time, when strong winds exceeding 51 mph hit the region of Cullera near Valencia, and damaged the stage.

The festival ground was evacuated promptly after the incident, and the rest of the event was cancelled. Continue reading to know more about the tragic turn of events.

40 people were taken to Hospital

Not only the main stage but other infrastructure at the EDM festival was also damaged due to the storm. Some 50,000 people were attending the concert, and it took the officials 40 minutes to evacuate the place.

A total of 40 people were taken to the hospital and given medical attention. The dead person was a 22 year old man. 17 people are said to be injured following the accident, with 3 suffering major trauma injuries.

One of the attendees told Spanish media, “We are in a state of shock. It could have been me, it could have been anyone.” A video of the extreme weather at the spot has been shared online, which shows security trying to clear the grounds with people running here and there. Watch the footage below.

The festival organizers took to Facebook to express condolences to the deceased and announced the rest of the festival has been cancelled. They wrote, “It is a very painful moment. Difficult and heartbreaking. A tremendously sad and discouraging moment for relatives, friends.”

“A moment no one should ever know. It is also the hardest moment that all of us who make up Medusa Festival ever think of going through. We remain devastated. Broken inside. So much so that almost no words come out.” 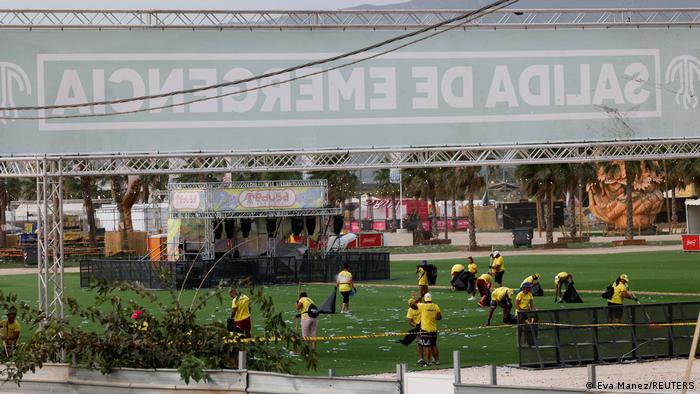 “We believe that all of you who know us know that the main thing is to protect you all in each of our events. For this reason, and because that continues to be our maxim, the Medusa Festival organization has made the decision to definitively cancel our festival.”

“The adverse and unexpected weather conditions that are expected to continue throughout the day oblige us morally and out of responsibility to put an end to our 2022 edition,” the statement read further.

Medusa Festival was Supposed to go on till August 15

Medusa Festival is a dance music festival on the beach with ‘celebrated DJs from both the mainstream and the underground’ from the worlds of EDM, house, techno and trance. This year’s edition was supposed to go on from August 10 to 15, with a lineup that included Steve Aoki, David Guetta, Amelie Lens, Carl Cox, and others. 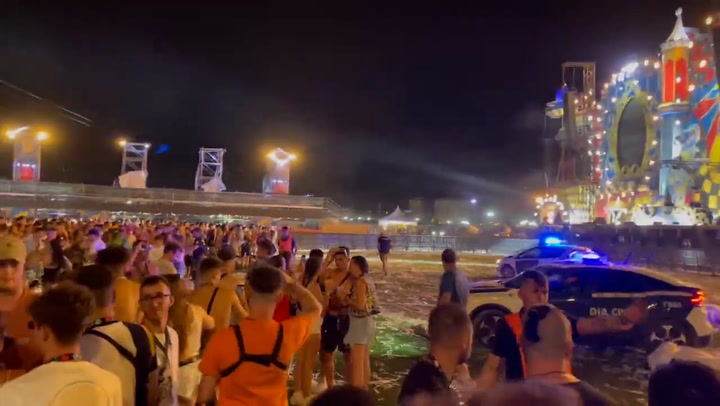 When the stage collapsed, DJ Miguel Serna was performing his set. He expressed his shock over the incident through an Instagram story that read, “It was a very tense few minutes, I’ve never experienced anything like it before. The tragedy happened just at the end of my session on the main stage, just below it, which was the most affected. It was a few moments of horror. I am still in shock.”

Our thoughts and prayers go out to the family of the deceased. Stay tuned for more news and updates.