What about an update on a comedy movie that you may have been anticipating? Insecure star and Definition Please, filmmaker Sujata Day, has something planned for the audience. And they’re all set to give this upcoming movie a “new spin.” A new “American Pie” movie.

It is a comedy movie franchise comprised of four movies, the first of which was released by Universal Pictures in 1999. Universal is once again taking on the responsibility of launching another wonderful movie.

The franchise became a worldwide pop culture phenomenon, with a cult following among teenagers. Let’s talk about the new project that’s underway.

It’s 2022, and there’s going to be another ‘American Pie.’ The Universal film will be premised on Sujata Day’s original pitch as an actor and director. Her most well-known role is as Sarah in the HBO comedy-drama series Insecure.

More exciting details about the upcoming movie have been kept under wraps, but it promises to take a “fresh take.” Sujata Day has appeared in a number of popular television shows, including Buffy the Vampire Slayer, 7th Heaven, The Secret Life of the American Teenager, and Desperate Housewives.

The actress tweeted the announcement, “Obsessed with raunchy comedies and American Pie is one of my all time faves! So excited to be working on this movie. Thanks for the s/o @therebeccasun”

Obsessed with raunchy comedies and American Pie is one of my all time faves! So excited to be working on this movie🇺🇸🥧 Thanks for the s/o @therebeccasun ☺️🙏🏽 https://t.co/15ta3nMKWU

The movie cast and more details will be announced soon, and the screenings will be associated with special culinary happenings commemorating the wine and food culture in each movie.

“We are excited to announce the Napa Valley Film Festival 2022 Film, Food and Wine Showcase and are thrilled to continue our partnership with The CIA at Copia. We are eager to reconnect the Napa Community to storytellers.

Story Of All ‘American Pie’ Movies

That was wonderful news, wasn’t it? Before we go, let’s go over the plotlines of all the movies so you can guess what this one will be about.

Throughout the first movie in the original show, Jim Levenstein attempts to build a connection with his schoolmate Nadia. Jim makes an alliance with three of his best friends, Kevin Myers, Paul Finch, and Chris Ostreicher, to end up losing their virginity before they graduate from high school.

In the second movie, the five boys throw a summer party, and Jim develops feelings for his friend Michelle Flaherty.

Well, in the third movie, Jim and Michelle intend to marry, but Stifler’s compelled invitation could derail their plans. 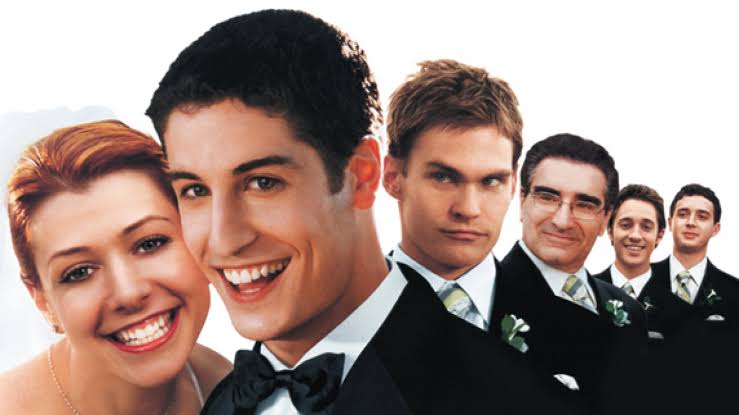 In the fourth movie, the gathering reunites in preparation for their 13th high school reunion. Critics have given the original series mixed reviews.

What are your thoughts on the upcoming movie? Are you planning to catch up on this rom-com? You are welcome to drop your opinions in the comment section below.