Canadian superstar Michael Bublé has announced the UK Tour 2023 to celebrate the launch of his new album “Higher.” Here’s how to get tickets to Michael Bublé UK Tour 2023 in the Ticketmaster presale/ general sale at the best price.

This will be his first tour in the United Kingdom in four years. The last time he toured the region was with “An Evening with Michael Bublé” to promote his tenth studio album “Love” in 2018. He is covering eight major cities this time in the span of three months.

Canadian singer Michael Bublé took to Instagram to announce that he’ll be hitting the roads next year. The UK leg for his Higher Tour 2023 has been confirmed and it’ll kick off on the upcoming March 26th.

The 47-year-old star will be performing live in eight locations across the UK including London, Manchester, Leeds, Glasgow, Aberdeen, Newcastle, Nottingham, and Birmingham in March,  April, and May. 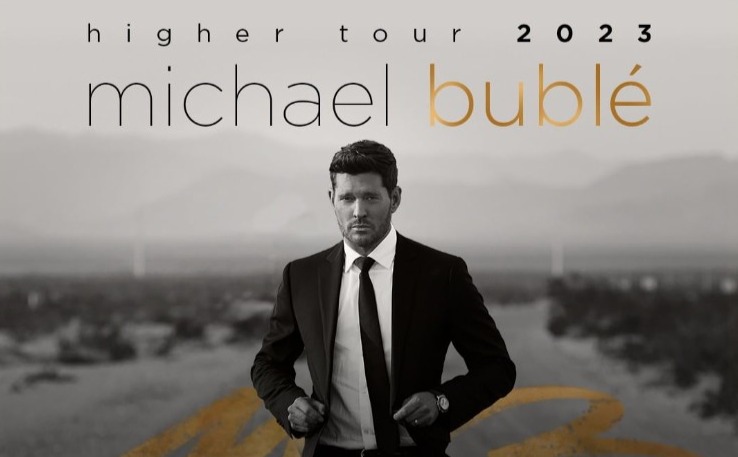 This will be his first UK arena tour in a long time and he’ll be playing his iconic hits alongside songs from his 2022 No. 1 album “Higher.”

Tickets for all of Michael Bublé’s Higher Tour shows in the UK will be available to buy on Ticketmaster, which is the official ticketing partner for the tour. The general ticket sale will go live on Friday, October 21, 2022, at 9 AM local time. It’ll be open to everyone.

Before that, a presale for tickets to Michael Bublé’s shows will take place a day before on Thursday, October 20, 2022, at 9 AM local time. It’ll be managed by TEG Europe. You have to sign up for a slot beforehand using your email address to get a slot in the presale. 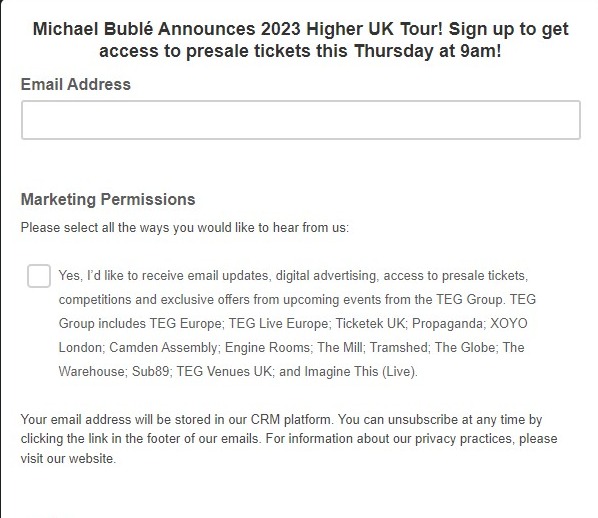 There are also other venue-specific presales such as the Three presale, O2 presale, AEG presale, and others. You’ll have to follow the Twitter handles of the venues to find presale codes for Michael Bublé Higher Tour and then you can access the sale via Ticketmaster.

The tickets for Michael Bublé Higher Tour 2023 will be available on Ticketmaster via pre-sale and general sale. You can easily get the tickets in the most hassle-less process and at the best prices. Although buying tickets in the presale requires a bit of stealth.

Follow these steps to buy tickets for Michael Bublé Higher Tour 2023 via Ticketmaster:

That’s it. Once you have bought the tickets, you can find them in the Ticketmaster app. A copy of the same will be sent to the email you used at checkout.

Note: If you’re buying tickets in the presale, you’ll have to enter the access code or open the page via a special access link to find tickets. It’s also recommended that you sign in to your account beforehand and have a payment method saved.

How much do the Tickets cost?

The official prices for Michael Buble’s UK Tour shows are not revealed yet. They’ll be available once the presale and general sale kick-off. However, an estimated range of the prices would be around €60 and €329.

This is based on his previous European concerts. The exact prices depend on the arenas and the seats you select. Some venues are costlier than others. Similarly, the closer you want to see the artist perform, the more you’ll have to pay. 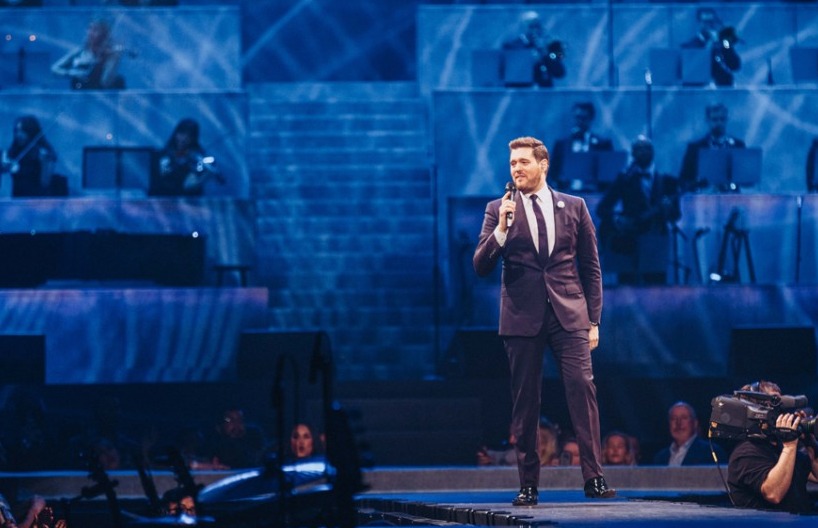 We’ll update this section after the presale starts. You’ll get the lowest-priced tickets in the pre-sale. Don’t miss it and quickly register using the method above to get access while you still have time. Else, you’ll have to buy the tickets for the general sale.

The tickets will also be available on third-party websites and resellers. However, you’ll have to pay higher prices to buy the tickets there. Therefore, we’ll recommend getting your tickets only via the official ticketing partner- Ticketmaster.

The “Feeling Good” fame Michael Bublé will be touring the UK and Europe, and possibly other regions as well. So far, the show dates and venues in the United Kingdom have been confirmed. Here is the complete schedule for Michael Bublé’s Higher Tour in the UK: 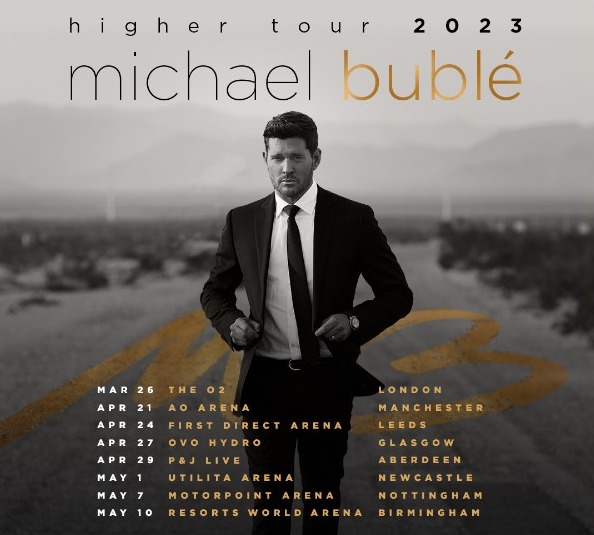 Grab your tickets right away to see Michael Bublé performing live at an arena near you.

Just after concluding his tour in the UK, the Canadian singer will be visiting Ireland to perform live for two nights. He has just confirmed the news via his official Twitter handle.

Michael Bublé will bring his Higher Tour 2023 to Ireland on the following dates and venues:

Michael brings his #MBHigherTour to Ireland for two nights at the @3ArenaDublin May 13 & 14. Tickets on sale Friday! Details at: https://t.co/ARS81ugfQE pic.twitter.com/VOedI85CWt

The tickets for Michael Bublé’s Ireland (Dublin) shows will be available on Ticketmaster.com. They’ll go on sale starting Friday, October 21, 2022, at the same time when the UK tickets start selling.

You can use the same procedure shared above to get your tickets for the Ireland shows and watch Michael Bublé perform live in Dublin.

Are you excited to see the Canadian singing sensitive live in front of you? Use the comment box to share your excitement.