Angela Kelly is going down in history following Queen Elizabeth II’s death. The 64-year-old Liverpool-born fashion designer was much more than a designer for the beloved queen. For three decades, Angela remained the queen’s right hand and the brain behind her iconic looks. Read on to know all about this woman who was the queen’s best friend and confidante.

The First Encounter With The Queen… In 1992, Angela Kelly, who was born in Liverpool to a dock worker and a nurse, was employed as a housekeeper at the British Ambassador to Germany, Sir Christopher Mallaby’s home. This was the place where the queen and Prince Philip met her during an official visit to Germany.

Kelly shared with the queen that she plans to return to Britain and in 1994, she was offered a position as an assistant dresser for Her Majesty. Back then, Kelly stated, “I suppose the Queen must have liked me and decided I was trustworthy and discreet.”  After gaining employment as the queen’s dress designer, she became responsible for the queen’s look – from her dresses to jewellery to researching venues for royal visits.

So yea, Angela Kelly is the brain behind the queen’s vibrant dresses. In no time, she became the queen’s most trusted advisor. Three years after gaining employment, Angela became Senior Dresser. In 2002, she was promoted as the queen’s Personal Assistant and Senior Dresser.

During her career with the queen, she’s known for creating some of the best dresses like the replica of the royal christening gown, the queen’s outfit for Prince William and Kate Middleton’s wedding, and a few dresses for her Diamond Jubilee in 2012. Her designation as an assistant dresser was added by official titles like Adviser and Curator to Her Majesty The Queen. In the following years, Kelly ended up becoming the queen’s best friend. After gaining employment at the royal house, Angela Kelly became close to the late queen and was looked up to by her majesty as a trustworthy person. Soon, she was given a place which was a short walk from Windsor Castle, but later she moved to a suite next to Elizabeth’s in the castle.

A royal source reported that the queen was very clear that she was close to Angela and wanted to look after her people. When the Covid-19 pandemic engulfed the world, Kelly explained in a memoir that the royal staff formed an “HMS Bubble”, which was a cluster of people outside the royal household with whom the queen felt comfortable. They spent quality time together and this bubble was designed to keep the queen, safe and cheerful.

Angela As The Queen’s Flunky… 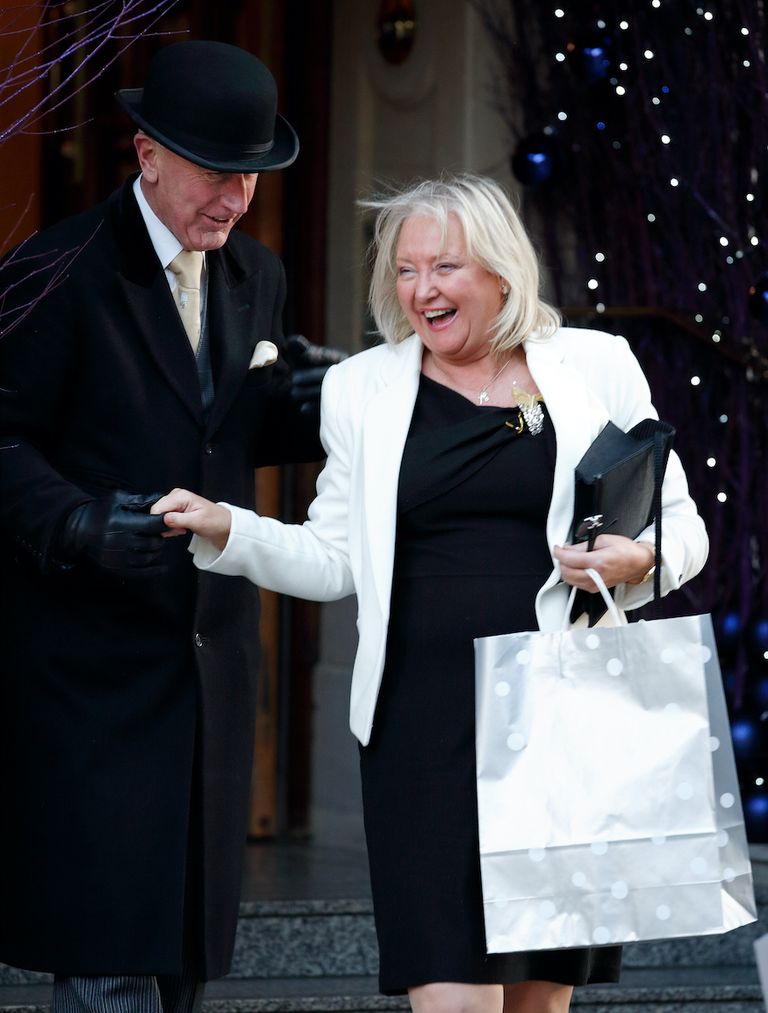 Queen Elizabeth II was undoubtedly fond of Angela Kelly. Well, the feeling was mutual. The queen’s BFF once spoke in an interview that she loved the queen and everything about her. She revealed how the queen allowed her to form a friendly bond with her over the years and she remains in awe of the queen to date.

She stated:  ‘We are two typical women. We discuss clothes, make-up, and jewellery. We say, “Would this piece of jewellery look nice with that outfit?”’ She even wrote in her memoir that she used to wear the queen’s shoes to ensure they are comfortable for her majesty. Remember those reports of “a flunky wears Her Majesty’s shoes”? In her book, Angela writes, “And yes, I am that flunky.”

Is Angela Kelly A Trained Designer? 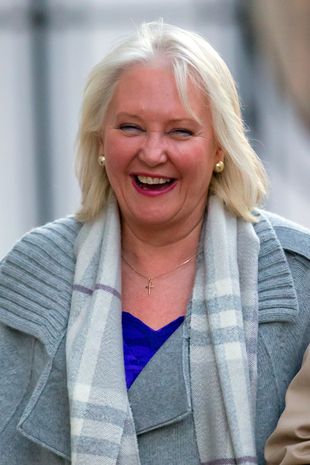 You’d be shocked to know that Angela Kelly is not a trained designer. She comes from a humble background and likes to stay humble, a reason why the queen liked her in the first place. As for her profession, Kelly is not a trainer designer, on the other hand, she learnt to sew clothes from her mother. She used to make clothes for her dolls.

Kelly may have left school at a young age, but her strong luck landed her a job at the queen’s royal household. Since then, she has only risen to the top and has sacrificed a lot for the queen – from travelling places to giving up on her personal life.

Today, Angela Kelly owns her own fashion line called Kelly & Pordum, which she started with dressmaker Alison Pordum. Kelly designs the clothes and Alison makes them with the rest of the team. The brand started because of the queen’s validation for their dresses and in her words, “one thing led to another”.

Angela Kelly was appointed as a Member of the Royal Victorian Order in 2006. In 2012, the queen’s BFF was promoted to Lieutenant of the same Order (LVO). In 2014, Kelly was felicitated with the Queen Elizabeth II Version of the Royal Household long and Faithful Service Medal for devoting 20 years of service to the Royal Family.

Queen Elizabeth’s death has come as a heartbreaking moment for the 64-year-old lady. Many people are wondering if she would be shifted to another household like the other royal staff or not. Despite the queen’s passing away, her most loyal aide has been permitted to stay at Windsor Castle per recent reports.

Kelly has written three books narrating her role as the queen’s assistant. During the recent Platinum Jubilee of the queen, Angela released a revised copy of “The Other Side Of The Coin: The Queen, The Dresser And The Wardrobe”. The books added details about Prince Philip’s funeral, the queen’s choice for her Platinum Jubilee in June 2022 and her first public engagement ‘post-lockdown”. There are several anecdotes in this book regarding “HMS Bubble”, the community that was in charge to keep the royals safe during the pandemic. Angela was the head of this close-knit community. Today marks the day of the queen’s state funeral and well, Angela Kelly would surely be there to bid goodbye to her dear friend!