Throughout her life, the Hollywood icon Marilyn Monroe walked down the aisle a total of three times. Yes, you read that right. The Gentlemen Prefer Blondes star had three husbands during her life.

All of Marilyn Monroe’s three relationships failed to last long. Continue reading further to know everything about the men who the famous singer and actress married back in the day. 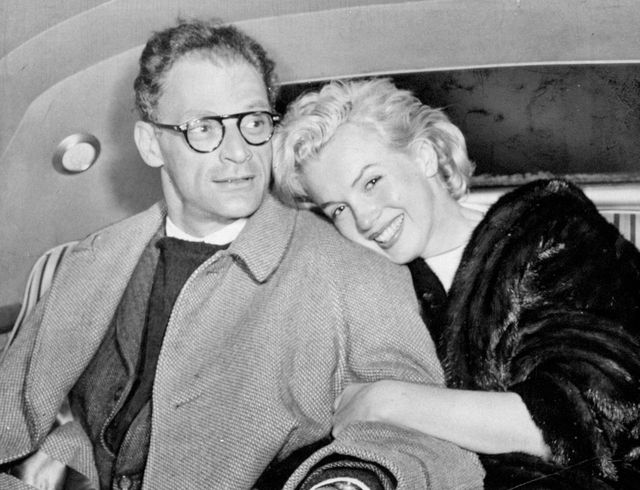 Marilyn Monroe’s first marriage was to James Dougherty, a police officer by profession. The couple tied the knot in the year 1942 and got divorced four years later in 1946. When Marilyn got married to James, she was only 16 years old and he was 21 years old. At that time, she was not even the world famous Marilyn Monroe but she was just a teenager who went by the name of Norma Jean Baker.

When Marilyn and James met each other for the first time, Dougherty had graduated from high school and was working at the aerospace manufacturing firm Lockheed Aircraft. Later on, he went on to serve in the Merchant Navy in World War II  and joined the Los Angeles Police Department. During a 1976 interview published in The Salt Lake Tribue, James talked about his marriage to Marilyn Monroe. At that time, he went on to say that he fell in love with Norma Jean, but not Marilyn.

The Los Angeles Police Department policeman told the media outlet, “People find it hard to understand. I was in love with Norma Jean. Marilyn Monroe is a person I didn’t know.” He thought fame destroyed Marilyn’s life. In a 2002 interview with Associated Press, James stated fame and stardom destroyed Marilyn’s life. Then, he said, “Fame was injurious to her. She was too gentle to be an actress. She wasn’t tough enough for Hollywood.”

Dougherty even penned a book titled To Norma Jean, With Love, Jimmie in the year 2000 in which he spilled the beans on his marriage to Norma Jean. James passed away in 2005 after being married twice more and welcoming three children.

Marilyn’s second marriage was to baseball player Joe DiMaggio. As per various reports, the  Some Like It Hot actress and the Yankee Clipper began dating in the year 1952. Then, she was 25 and he was 37. Right from the start, their relationship was pretty intense.

At that time, Monroe and Joe tried to keep their romance away from the flashing cameras. The pair got married after dating for two years. The couple exchanged their vows on January 14, 1954, at San Francisco City Hall. For the big day, Marilyn wore a smart black suit dress. The How to Marry a Millionaire star and the former New York Yankees baseball player’s marriage couldn’t pass the test of true love. Their marriage hit a rock bottom after the two of them had a massive fight over the world-famous subway grate scene from The Seven Year Itch.

Marilyn and Joe parted ways in October of 1954 and Monroe filed for divorce from her then-husband nearly nine months after their marriage. The pair’s divorce got finalized in October of 1955.

Despite the fact, that Marilyn and Joe’s marriage was short-lived, they loved each other deeply. In her memoir, My Story, the As Young as You Feel actress said to author and ghostwriter Ben Hecht, “The truth is that we were very much alike.” Monroe announced her split from Joe publicly while openly crying, citing “mental cruelty. As per the Biography, Joe responded to Marilyn via a personal handwritten letter. He wrote, I love you and want to be with you. … There is nothing I would like better than to restore your confidence in me. … My heart split even wider seeing you cry in front of all those people.”

When Marilyn passed away on August 4, 1962, due to a barbiturate overdose, it was Joe who claimed her body. He made all the arrangements for her funeral at Westwood Village Memorial Park Cemetery.

It was previously reported that the heartbroken baseball great had a half-dozen red roses delivered to her crypt three times a week for 2 decades after her death. He did not get married again. He passed away in 1999 at the age of 84. As per DiMaggio’s lawyer Morris Engelberg, Joe’s last words were, “I’ll finally get to see Marilyn.”

The third and final husband of the style icon Marilyn Monroe was Pulitzer Prize-winning playwright and screenwriter Arthur Miller. The duo had a brief fling in 1951 before Marilyn met Joe. The pair started their relationship after Monroe’s divorce from DiMaggio got finalized.

As per the reports, Miller divorced his first wife Mary Slattery to marry The Seven Year Itch actress Marilyn Monroe. Arthur and Miller got hitched on June 29, 1956, but their relationship was complicated right from the beginning. At that time, Miller was being investigated by the FBI for allegations of communism and somehow it led to a file being opened on Marilyn. This was Marilyn’s longest marriage as the pair stayed together by each other’s side for nearly six years before they called it quits in 1960. At that time, they were working together on the movie called The Misfits.

The pair announced their plans to split up on November 11, 1960. Their divorce got finalized on January 20, 1961. Nearly a year later, Marilyn died in August of 1962 of a likely drug overdose.

Arthur did not attend the funeral of Marilyn that took place at Westwood Village Memorial Park Cemetery. His biographer Professor Christopher Bigsby stated that he loved Monroe deeply. He went on to say,  “It was certainly a love affair. One of his love letters to her was an almost adolescent outpouring of love.” Arthur married his third wife, Inge Morath in 1962 and they stayed together till her death in 2002.

Do you think Marilyn Monroe and Joe DiMaggio were each other’s ideal match? Kindly let us know your thoughts in the comments section below. Don’t forget to stay tuned with us for the latest updates from the world of showbiz.