EA’s latest title Madden NFL 23 is out on the PlayStation, Xbox, and PC now. Here, we are going to share the full list of Madden 23 promo codes with a quick guide explaining how to redeem them and claim freebies and rewards to use in various modes.

Players are really enjoying the upgraded experience in Madden 23, especially while playing the Ultimate Team. The online mode lets you fight to assemble the best football team possible and put them on the field to compete against others.

When you redeem the codes, you can get cards and players for free that’ll let you have an edge over other players. The best thing is that these codes work across platforms. Hence, no one is going to be left out.

Madden NFL 23 Redeem Codes: What are they?

The redeem codes or promo codes in Madden NFL 23 are special strings of alpha-numeric characters that provide free rewards including players and cards for Ultimate Team. You can also get a range of other freebies using these codes.

These codes are generated by the developers to promote the game and reward loyal players. They are often shared on the official social handles of the game or by the influencers and content creators dedicated to the Madden franchise. 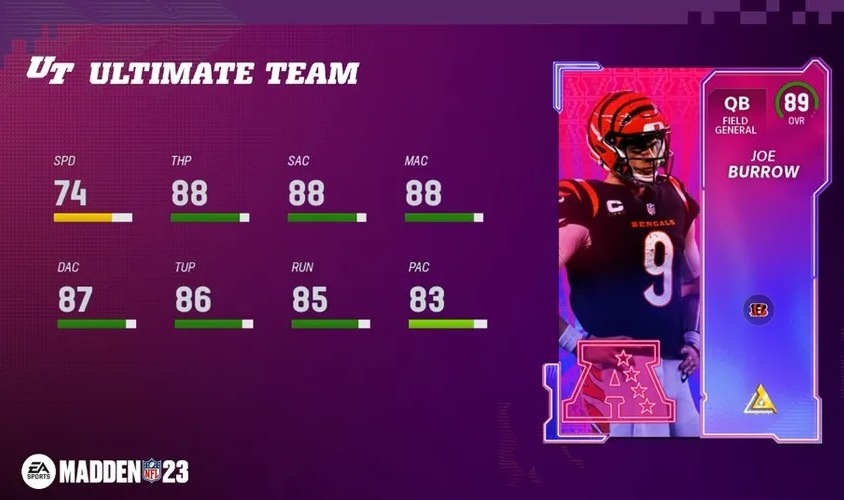 You can often find them during special events or occasions. For instance, renowned NFL personalities are sharing Madden 23 redeem codes recently to celebrate its launch.

No promo code is available to redeem currently. All the existing Madden 23 codes have expired for now. We are on the lookout for new ones right now.

We’ll update this section when more Madden 23 codes are released offering in-game boosts and rewards. Fans won’t have to wait for long as the title is freshly released and EA wants to keep up the hype.

Here is a list of expired Madden 23 promo codes. You don’t have to waste your time trying to redeem these as they are already claimed by other players and won’t work anymore:

These codes were shared by NFL and Madden athlete/ambassador Tyreek “Cheetah” Hill via Twitter to promote the launch of Madden 23.

How to Redeem Promo Codes in Madden 23?

The process to redeem promo codes in Madden 23 is very simple now as EA has made prominent changes in the user interface. To redeem any code in Madden 23, just use your thumbstick or directional pad and navigate to the three dots located in the bottom-right section of the menu screen.

Here press the A or X button depending upon the controller you are using. A menu will pop up featuring several options. Select the “Redeem code” option from the list. 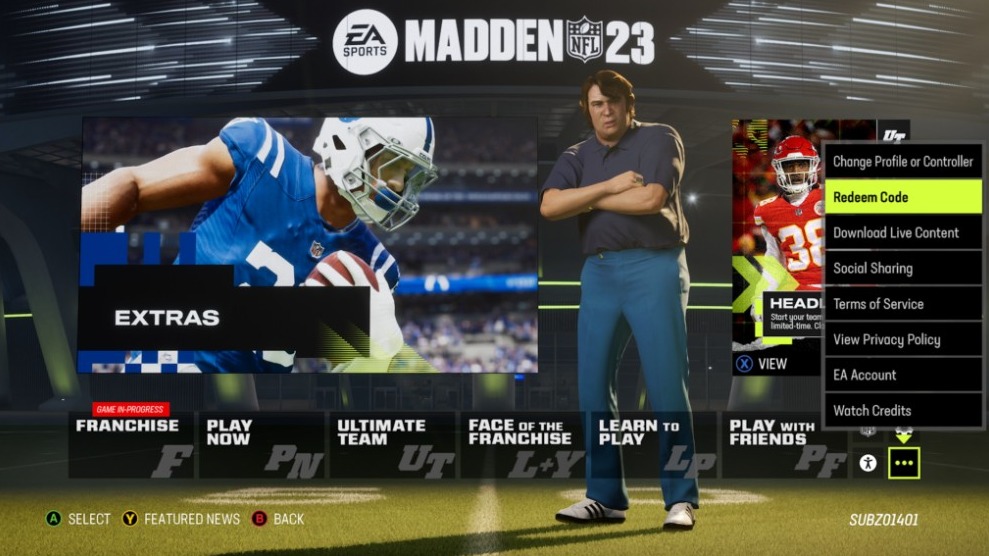 After that, enter a code in the given box and claim your reward. The free reward or boost will be shown on the screen after you redeem it. It’ll be sent to your in-game inventory.

Participate in Giveaways & Contests to Get More Madden 23 Codes

EA has partnered with multiple NFL and Madden personalities to promote the launch of Madden 23 with redeem code giveaways and contests. Currently, you can follow the renowned NFL analyst Adam Rank on Twitter as he’ll be giving away free codes on the weekend. 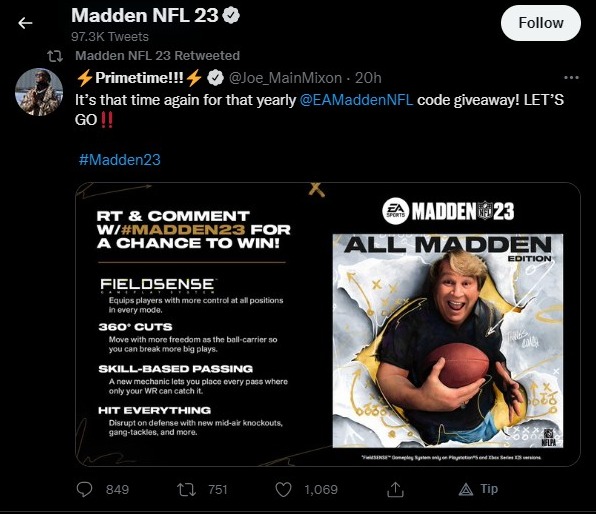 A Madden 23 giveaway is going on joinsurf.com from August 17 to August 21, 2022. Gamers can win a free copy of Madden 23 every day as part of the event. You just have to visit this page in a browser and enter the giveaway. 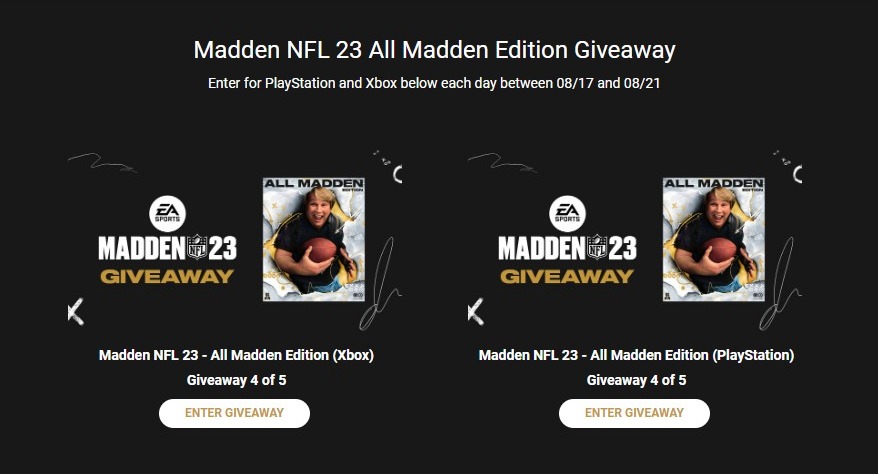 If you are lucky enough, you’ll be able to receive a free copy of Madden 23. The organizers will contact you via email if you are among the winners.

We’ll keep informing you about more such giveaways and contacts to win free Madden 23 codes and rewards. Make sure you keep visiting us.