Lollapalooza have announced the lineup of their upcoming festivals in South America, with some pretty big names headlining the events. Drake, Billie Eilish, and the recently reunited Blink-182 are going to perform at the festivals in Argentina, Chile, and Brazil in March next year.

Most of the lineup has been kept common for all three destinations, with the only changes being in the smaller acts. Continue reading to know all about the festivals and their complete lineup. 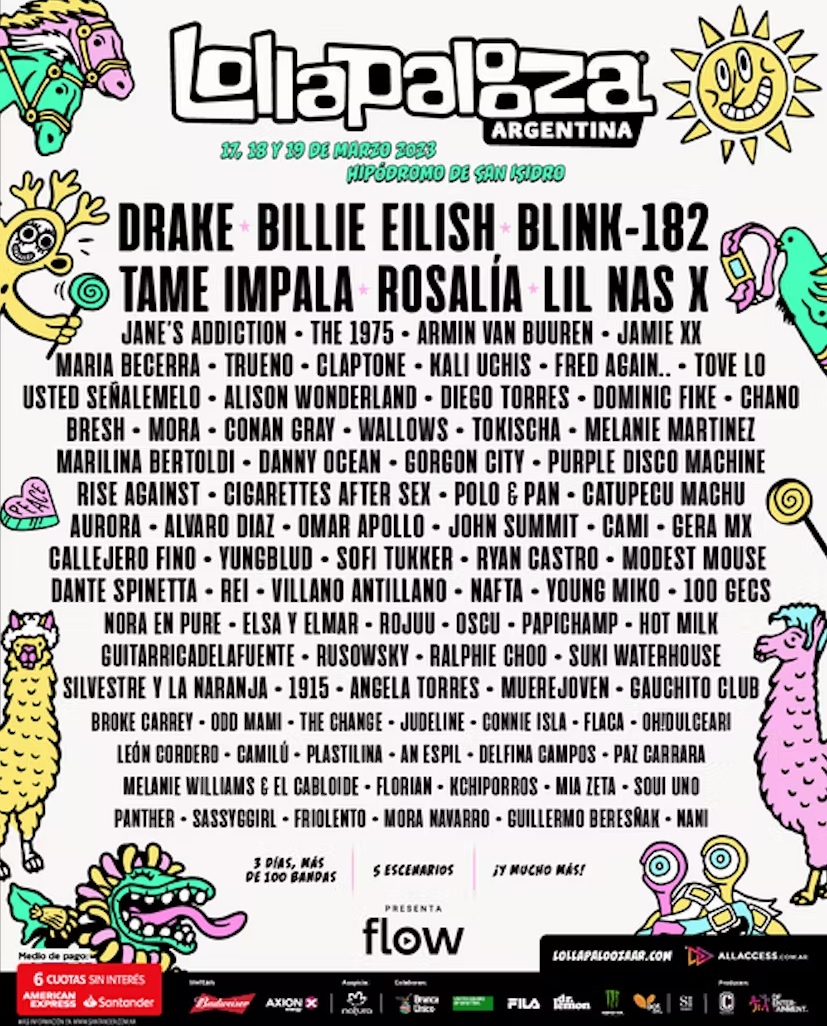 Lollapalooza Argentina will be happening at the Hippodromo de San Isidro in Buenos Aires from March 17-19. Simultaneously, the event will be organized on the same dates in Chile at the Parque Bicentenario de Cerrillos.

Lollapalooza Brazil will take place at the Autódromo de Interlagos in São Paulo from March 24 to 26. Tickets are now available for sale and can be grabbed from the destinations’ respective websites. 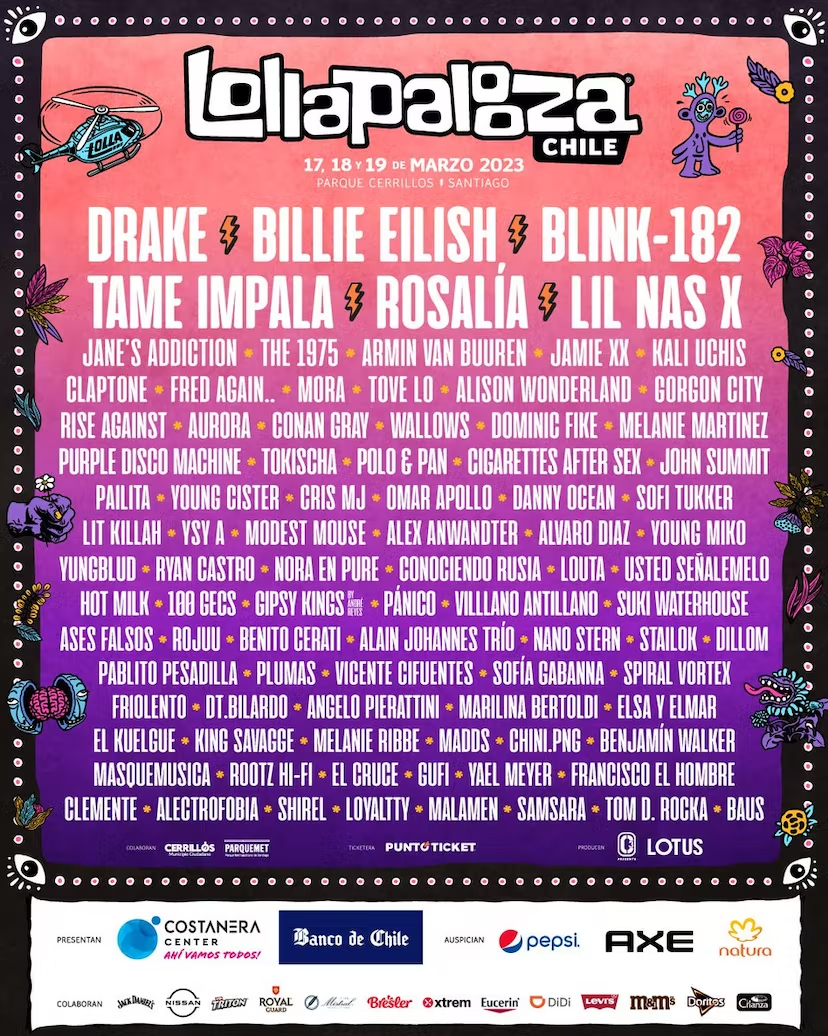 Meanwhile, this will be the first performance for Drake in Argentina and Chile. Billie Eilish and Blink-182 will also be performing on their first-ever South American live shows during the festivals. Eilish was earlier supposed to go on a tour to South America in 2020 as a part of her Where Do We Go? World Tour, which was later canceled due to the pandemic.

The festival sets will also be a part of Blink-182’s comeback world tour. The trio recently announced their reunion after eight years and are embarking on a world tour covering North and South America, Europe, and Australia in March next year.

Apart from South America, Lollapalooza has also launched festivals in Germany, Sweden, Paris, and France. They recently also announced their first-ever festival in Asia to be held in Mumbai, India, in January next year. 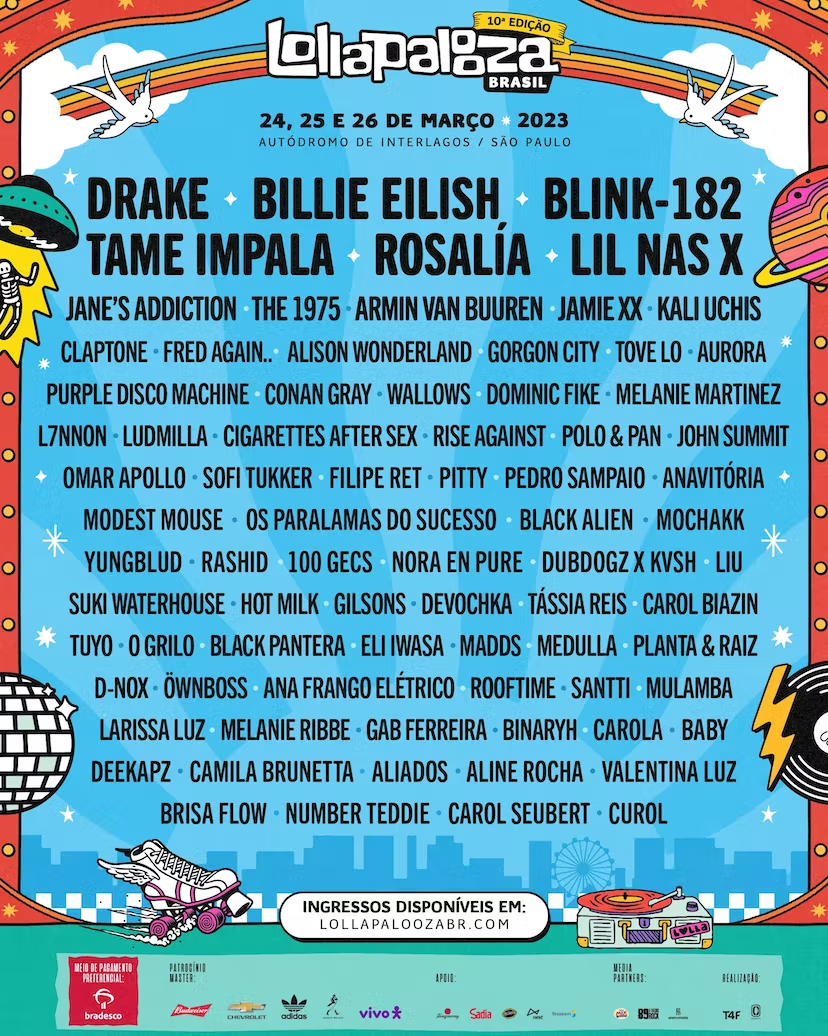 The dates for next year’s flagship Chicago festival have been confirmed as August 3-6, but the official confirmation of the lineup is awaited.