Kate Moss is one of the most impactful names in the modeling world. The British supermodel successfully dominated the modeling industry for decades. Over time, Kate transitioned herself from a runway mainstay model to a respected leader in the fashion world, thus becoming a legacy.

Looks like her daughter, Lila Grace Moss Hack, is following her mother’s footsteps. Here is everything to know about Kate Moss’s doting daughter, Lila.

Who is Lila Grace Moss Hack? Lila was born on the 29th of September, 2002, in London. She is the daughter of the supermodel Kate Moss and her ex-husband, Jefferson Hack. Both her parents are fashion royalty. While Kate owns a modeling agency, Jefferson Hack is a creative director, curator, and co-founder of Dazed Media. The professional background of her parents made their daughter well placed to grow up around the world’s best editors, stylists, artists, and designers in the business.

Lila is a Working Model

How many of you know that Kate’s daughter landed her first modeling gig when she was only 14?

Yes, you heard it right. She was scouted by Storm Model founder, Sarah Doukas, as the face and hair of The Braid Bar. After it, Lila’s career went from strength to strength. She became the face of Marc Jacobs beauty when she was just 16. Not only this, she even posed for her first solo cover in Dazed Magazine in 2018.

Very naturally, Lila is signed with the Kate Moss Agency. In such a short career span, she has walked the runway for designers like Blumarine, Versace, and Richard Quinn.

There is a long way to go for Lila, it seems.

Lila is Close to her Parents

According to the rising supermodel, she is very close to her mum. Many times, she has expressed her immense love and many childhood memories that she and her mother shared.

“There’s a one of me in a fur coat, and I am like, growling. I was quite protective over my mum.” 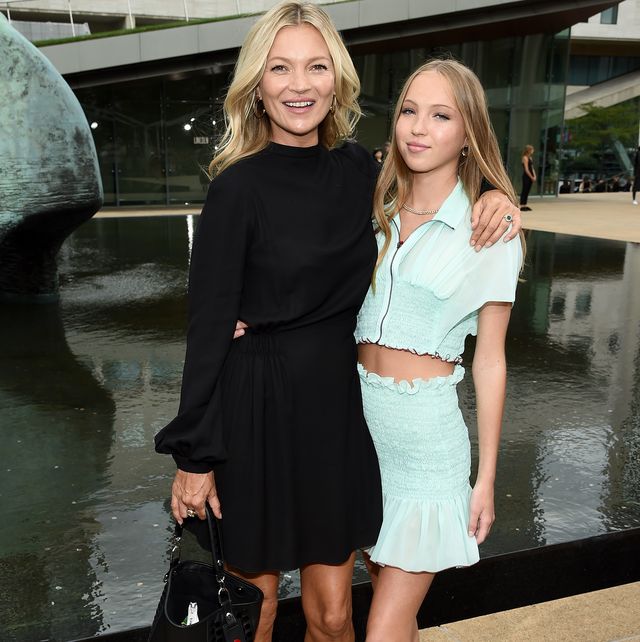 She also told she enjoys wearing Kate’s Saint Laurent coats and Chanel bags while her mother borrows her tracksuits. The duo loves watching TV together in their free time.

Lila is equally close to her father, and they share an amicable relationship.

With a successful career and handsome deals with renowned brands at a very young age, Lila’s modeling future looks promising. We wish her good luck.

Keep in touch for more scoops on your favorite celebrities, models, and social media stars.