As per a report by New York Times, the legendary singer Gal Costa died on Wednesday, November 9, 2022, at her home in São Paulo. Keep reading further to know the cause of the death of the icon.

What was the cause behind the death of Gal Costa?

Gal Costa, one of Brazil’s greatest singers has died. She passed away at the age of 77 at her home in São Paulo, Brazil on Wednesday, November 9, 2022. The sad news of the iconic Brazilian singer was shared on her social media accounts.

On November 9, a statement was issued on the official Twitter account of Gal Costa to announce the heartbreaking news of her death. The statement put out was in the language Portuguese.

When translated into English, the statement reads, “It is with deep sadness and a tight heart that we communicate the death of singer Gal Costa, on the morning of this Wednesday, 11/09, in SP. Information about the funeral and burial will be released later. We appreciate everyone’s love at this difficult time. Gal team.”

As of this moment, the cause of Gal Costa’s death has not been revealed. President-elect Luiz Inácio Lula da Silva paid a tribute to Gal on the social media platform Twitter and he called her one of the world’s greatest singers.

Luiz said, Gal was one of the main artists to put Brazil, and Brazilian music, on the world map. He further added, “Her talent, technique and audacity enriched and renewed our culture, rocked and marked the lives of millions of Brazilians.”

Who was Gal Costa?

For those of you who are unaware, let us share with you, Gal Costa was a Brazilian singer. Her full name was Gal Maria da Graça Costa Penna Burgos. She was born on September 26, 1945, in the city of Salvador, the capital of the state of Bahia, Brazil.

Gal’s mother Mariah Costa Penna passed away in the year 1993. On the other hand, when we talk about her father Arnaldo Burgos, he died in the year 1960. At that point in time, Gal was only 15 years old. 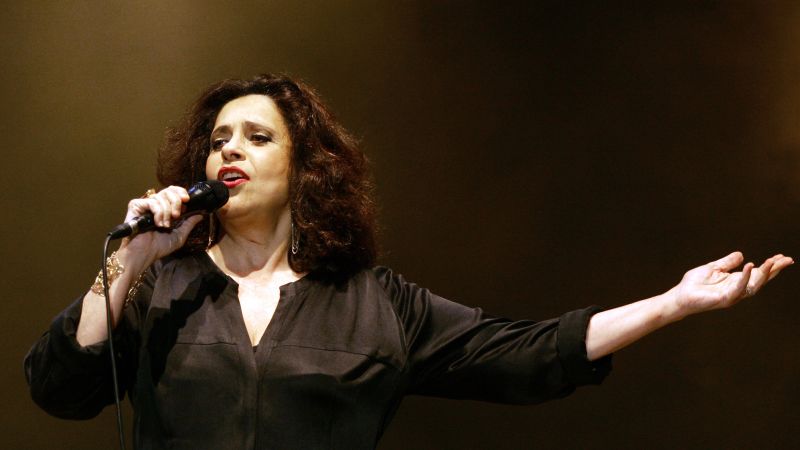 Throughout the course of her music career which spanned over 5 decades, Gal recorded more than 30 albums. She shot to fame in the music scene in Brazil in the late 1960s. She was best known for her hit songs such as Baby, Que Pena, Chuva de Prata, and Divino Maravilhoso.

Costa’s first album named Domingo saw the light of day in the year 1967. One song from her debut album, Coração Vagabundo ended up becoming a big hit. Over the years, she lent her voice to a vast range of songs by authors including Tom Jobim, Chico Buarque, and Milton Nascimento.

We send our deepest condolences to the friends and family members of Gal Costa during this hard time. May the departed soul rest in peace. Don’t forget to stay tuned with us for the latest updates from the world of showbiz.