Kanye West may have been a bit late, but the 45-year-old rapper has finally made his debut on TikTok in style. The “Donda” artist joined the video-hosting platform with a caption-less clip related to his 2019 album “Jesus Is King” on Sunday (September 18), which has already racked up over 680,000 plays and more than 170,000 likes.

Ye Gets Viral On TikTok… 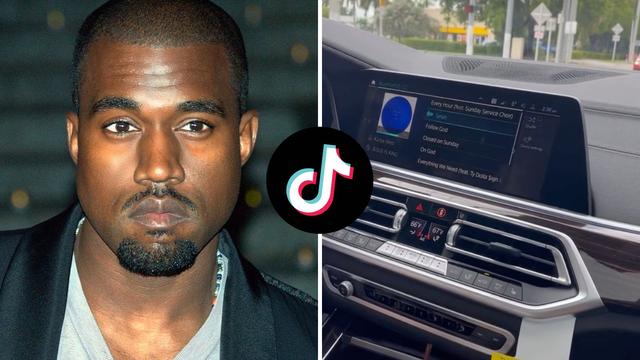 Ye has a new-found interest in terms of social media. The 45-year-old rapper finally joined TikTok on Sunday (September 18) and posted a three-minute-long clip where Kanye can be seen riding a car as “Selah”, “God Is” and “Closed On Sunday” from his 2019 album “Jesus Is King” play through the vehicle’s speakers. The caption-less video has received over 680,000 plays and 170,000 within a few hours.

As Kanye makes his belated debut on TikTok, the Chicago rap icon has catered to more than 210,000 followers. But hey, Kanye hasn’t followed anyone yet.  Not only this, but Ye also posted this video of riding a car on his Instagram stories while some classic soul and gospel songs from artists like Ray Charles and Bill Withers play in the background.

Kanye has certainly found himself an additional platform to air out his grievances with people. If you remember, a few days back, Kanye took to Instagram and blow brands like Adidas and Gap along with other celebrities. However, after the queen’s death, Kanye decided to let go and put a stop to his disturbing social media behaviour.

What’s Going On With Kanye? We don’t know yet as to what sort of content will be uploaded by Ye on his TikTok account. But again, we’re sure that the rapper won’t be joining the newest NFT trend on the video-sharing platform. Previously, the Chicago rap icon expressed his desire to build ‘real products instead of a fuc**** NFT’. So yea, non-fungible tokens are something that won’t be supported by this rapper.

Apart from this, Kanye made claims in 2020 that he wants to devise a way to make TikTok “less of a cesspool for sin”. Therefore, he decided to create a child-friendly, Christian version of the video app, something that never happened. Well, we can hope that by joining TikTok Kanye would be spreading some positive vibes in that regard.

Kanye had been actively lashing out at people on social media – from big brands like Adidas and Gap to artists like Kid Cudi. However, after the queen’s demise on Sept. 8, Kanye decided to let go of his grievances.

Recently, he’s been promoting his newly opened “Donda Academy”. He recently compared himself to Moses from Bible and wrote: “No one asked Moses how much he slept.” It has been reported that this IG story was shared by Ye following the launch of his private school, “Donda Academy”, which boasts about preparing students to become “the next generation of leaders, thinkers and innovators”. The Christian prep school is set to charge around $15,000 per year for activities like “full school worship, core classes of language arts, mathematics and science, as well as “enrichment courses.” In order to enrol their children, families would be required to sign a “non-disclosure agreement”. Kanye is dedicated to guiding students in the direction where they can become innovative thinkers and world leaders through some fascinating courses.

FYI, Kanye hasn’t posted a profile picture on his TikTok account and it still remains a plain black background picture. As for this academy, Kanye’s move towards education seems a bit shaky as the school’s website barely mentions much about the academic qualification of the teacher. It has been reported that the team is still looking to hire instructors.

On top of it, Donda Academy is not yet accredited, so we really don’t know how Kanye is managing to make such high claims. We look forward to seeing many TikTok regarding this academy. What do you expect from Kanye on TikTok?