The Doobie Brothers founding drummer John Hartman passed away at the age of 72. The band shared the tragic news about the death on Thursday on their official band pages.

They released a statement about his demise and tweeted “John was a wild spirit, great drummer and showman during his time in the Doobies.” Furthermore, it stated “He was also a close friend for many years and an intricate part of the band personality. We send our condolences to all his loved ones at this difficult time.”

Hartman had founded the band along with current vocalists and guitarists Tom Johnston and Patrick Simmons back in the 1970s. They began playing in bars in the Bay Area.

Their second album  “Toulouse Street” proved to be a success. They also delivered hits like What a Fool Believes, Black Water, and Listen to the Music. The album reached the 21st spot on the Billboard 200 chart in 1972.

In 1971, after the band had released over 8 albums together, Hartman left the band in 1979 right before the release of their 9th album together. He left after an intense Japan tour and said that “Everything fell apart.” This was not the last time that he left the band as he came back in 1987 for the band’s reunion album Cycles. and then retired again in 1992. In 2020, he joined his bandmates again as they were inducted into the Rock and Roll Hall of Fame.

The band has won 4 Grammys together.

In 2012, the long-time band member and drummer Mike Hossack died. He passed away due to cancer at the age of 65 years. He passed away peacefully in his home. The drummer played a crucial role in giving it a distinctive sound.

By March of 2012, over five members of the band had passed away. They included the percussionist/vocalist LaKind in 1992, he passed due to colon cancer. The original guitarist and vocalist Shogren died in 1999 of unreported causes.

Bumpus, who played the flute, saxophone, and keyboard, and provided vocals passed away in 2004 from a heart attack. He was on his way to California on a solo tour when he passed away. The vocalist, drummer, and activist Keith Knudsen died in 2005 of cancer and chronic pneumonia.

In November of 2012, the remaining members of the band released an official documentary called Let The Music Play: The Story of The Doobie Brothers. It featured old behind the scene videos and interviews. 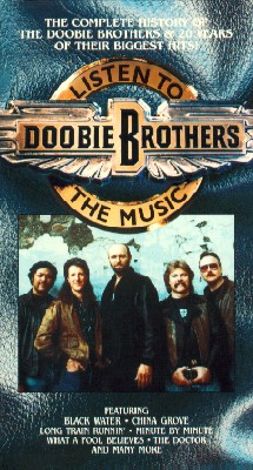 Two years after that, the band announced the release of their 14th studio album titled Southbound.

Since the early 2000s, the band has headlined many benefit concerts. The band had to reschedule their 50th-anniversary tour to 2021 due to the pandemic. They confirmed that the line-up would include McDonald for the first time in over 25 years.

Bill Payne left the band towards the end of the first tour as he wanted to commit “100% to Little Leaf.” He was not replaced in the band, the tour continued with McDonald’s returning to his former role as the primary keyboardist in the band.