For those who are unversed, let us tell you Lindsey Graham is the South Carolina Senator and he is a big follower of the former president of the United States, Donald Trump. Over the years, his love life has grabbed the eyeballs of the viewers.

We know you are all curious to know the relationship status of Lindsey Olin Graham. Then, what are you waiting for? Continue reading further to learn whether the politician is single at the moment or taken. What is the relationship status of Lindsey Graham?

The answer to the above question is single. The United States senator from South Carolina is a bachelor. At one point in his life, he almost got married to a young lady named Sylvia in his twenties but maybe they were not meant to be, and their romance came to an end.

Sylvia was a flight attendant. The two of them met each other for the first time while he was living his good life in Germany but their relationship couldn’t pass the test of true love and they called it quits. During an interaction with Herald Online, Lindsey spilled the beans on his personal life. He talked about his relationship with Sylvia and said, “Her mother was elderly, and I wasn’t going to stay in Germany. I didn’t think she wanted to come back to South Carolina.” He stated this was the closest that he ever got to marrying.

The rumors about Lindsey Graham being gay have been swirling in the air for a while now. During an earlier interaction with New York Times, the politician joked around and talked about “a clandestine affair with Ricky Martin,” then he went on to say, “I ain’t gay. Sorry.”

In a post, a blogger named Michael Signorile questioned the sexuality of the South Carolina senator. At that time, the blogger said, “Let’s have a real investigation of the rumors about South Carolina Republican Senator Lindsey Graham, who … has been rumored to be gay for years.” 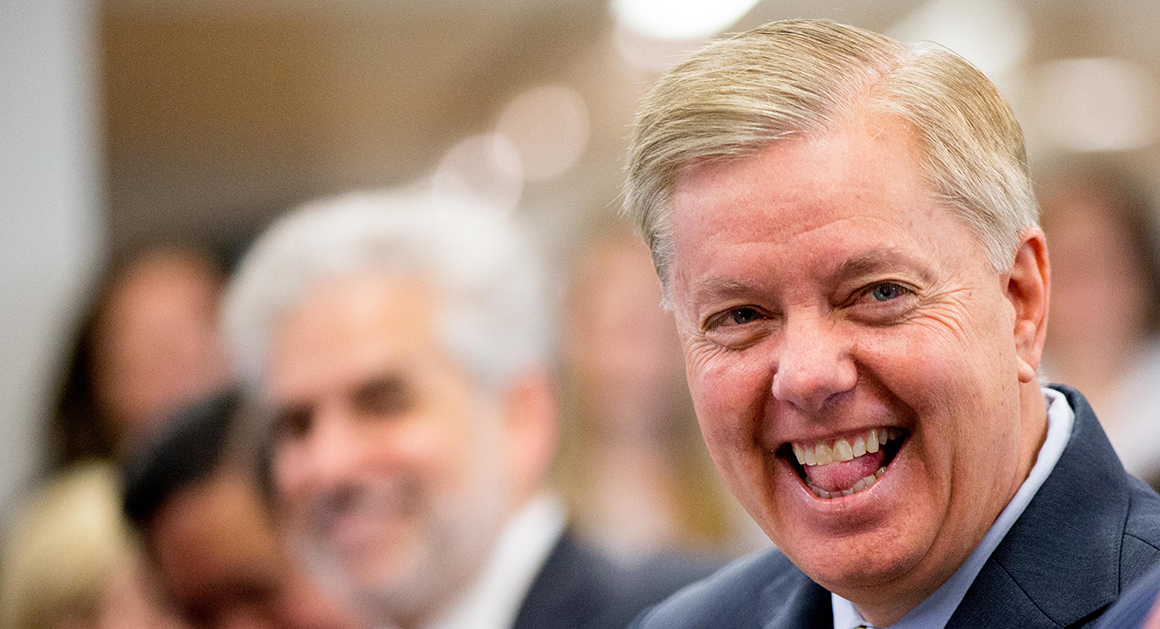 Signorile further added, “Like Larry Craig, Graham has voted antigay — including for the federal marriage amendment — while people in South Carolina and Washington have discussed what some say is an open secret for a long, long time.” Then, Lindsey didn’t make any official comment on the post put out by Signorile.

In 2018 Comedian Chelsea Handler accused Lindsey of being gay

Yes, you read that right. In the year 2018, the This Means War actress made a tweet about the South Carolina senator who is most known for his conservative, Republican views that suggested he was gay. She put out the tweet on National Coming Out Day.

Back in the day, Handler tweeted, “If you’re wondering why Republicans took a sick day today, it’s probably because it’s #NationalComingOutDay. Looking at you @LindseyGrahamSC” Nearly a day later, Graham responded to Chelsea’s tweet and he stated that the remarks made by her didn’t reflect well on her. Then, he opened up about his sexuality.

While walking towards the Reagan National Airport, Lindsey told a TMZ cameraman, “It’s a free country; she can say what she wants to say, I don’t care. I don’t think much about what she says at all. She wants to live her life that way, it’s up to her.”

Soon afterward, the cameraman of the media outlet posed another question in front of the politician. He was asked whether Chelsea was comparing his “homosexuality to being evil,” or she was just being homophobic as in the past a few people had criticized her for being for making a joke about someone being gay. Graham stated that he was not gay. He didn’t step back from replying to the question of the cameraperson and further added, “Number one, she knows zero about me. To the extent that it matters, I’m not gay.”

Lindsey continued, “And these comments… I don’t think they reflect well on her and I don’t know how it makes us a better country, but it’s up to her, not me.” He explained that poking fun at others for the sake of comedy was unacceptable in the current time.

The politician went on to say, “I think we’re moving on from that. Belittling people is not as funny as it used to be, and that’s a good thing.” Then, a few users came in support of her meanwhile others bashed her. 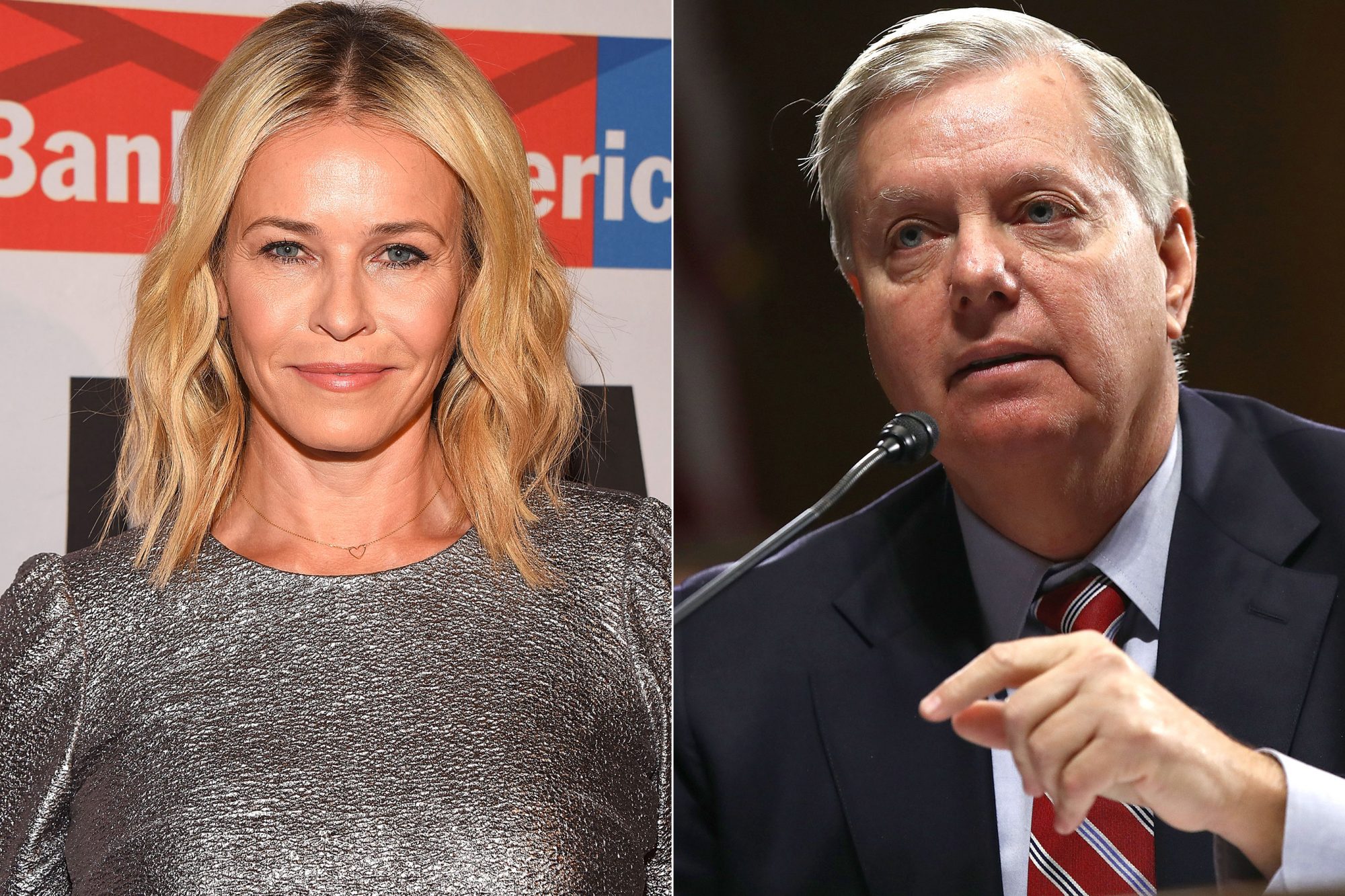 One user tweeted, “She does this for a living. She gets places filled with gay people and she makes jokes about them. I don’t think any of them got so ‘offended’ by these jokes before as people are now.” Another one added, “People need to take a chill pill”

Followed by a user who penned, “Why is there such a gulf in understanding this fact: being gay is not something to shame or embarrass someone with. It’s staggering that, at this point, people who appear to be our community’s allies still don’t get it.”

Does Lindsey Graham have any kids?

Lindsey never got married and he doesn’t have any kids of his own. In a 2015 interview with Politico, the lawyer said, “Having a marriage and a good family and children is a blessing. But I don’t think I’m a defective person by any means.”

Graham went on to say, “It’s something I really don’t know the answer to, other than I think it’s OK. At the end of the day, there’s nothing wrong about not being married. You can be single and still have a family. I very much have a family – my aunt and uncle, I try to take care of because they took care of me.” The politician concluded by saying, “There are millions of people who are single. I don’t think they need to answer, ‘Why are you single?’… I don’t think there’s anything disqualifying about being single.”

Lindsey and his sister Darline share a close bond. After the death of their parents, he took care of his sister. At that point, he was 22 years old, whereas Darline was only 13 years old.

In the past, the 67-year-old stated that the passing away of his parents made him mature quickly. He is like a father figure to his sister Darline. Now, his younger sister lives in Lexington with her husband and two children. 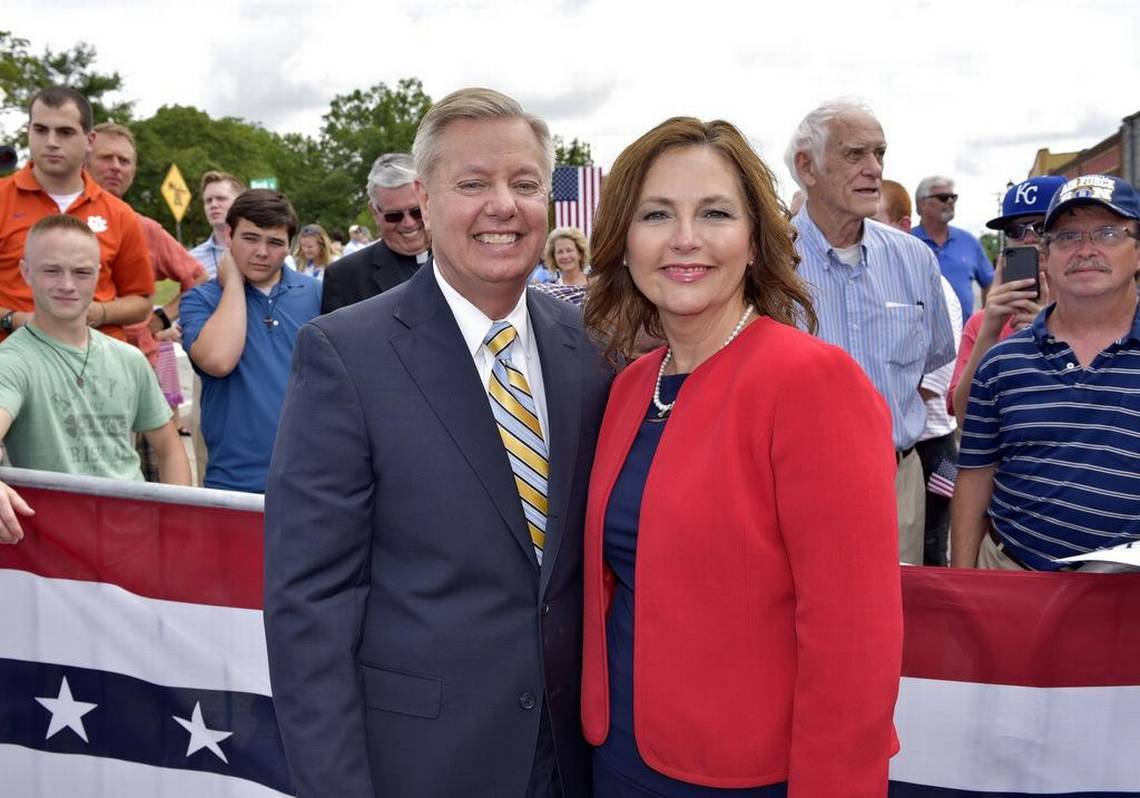 Do you think Lindsey Graham will ever get married? Kindly let us know your thoughts in the comments section below. Don’t forget to stay tuned with us for the latest updates from the world of showbiz.