It started as a cute innocent love story and later became one of the most sensationalized murder cases in America.

A young woman, Laci Peterson, was smitten by a man she spotted in a café in the 1990s. Laci was outgoing. Thus, she didn’t give second thoughts to boldly asking the waiter to pass her the number of the man that became her future husband – Scott Peterson.

The couple got married, and Laci’s family, too, was fond of their son-in-law. All hell broke when the wife was found murdered on Christmas Eve.

Read everything about the Scott Peterson story here.

The Happy Couple in Love

The young couple decided to get married and started a life together. Scott worked as a fertilizer salesman while his wife stayed busy working as a substitute teacher. The couple lived in a small house in Modesto, California with their dog. Things were picture perfect for the family after the news of them expecting their first child braced them.

They planned to name their son Conner.

It was Christmas Eve in 2002, and Laci was eight months pregnant. She disappeared in the evening and couldn’t be traced. The reports of her missing were filed by her husband on the 24th of December. Scott claimed he returned from a fishing trip at Berkeley Marina and discovered his wife was gone.

After the reports, the authorities began their search for Laci, including in the waters near Berekely Marina and the hunt continued over several weeks. They turned their attention to the possible foul play and the involvement of Scott in his wife’s disappearance. 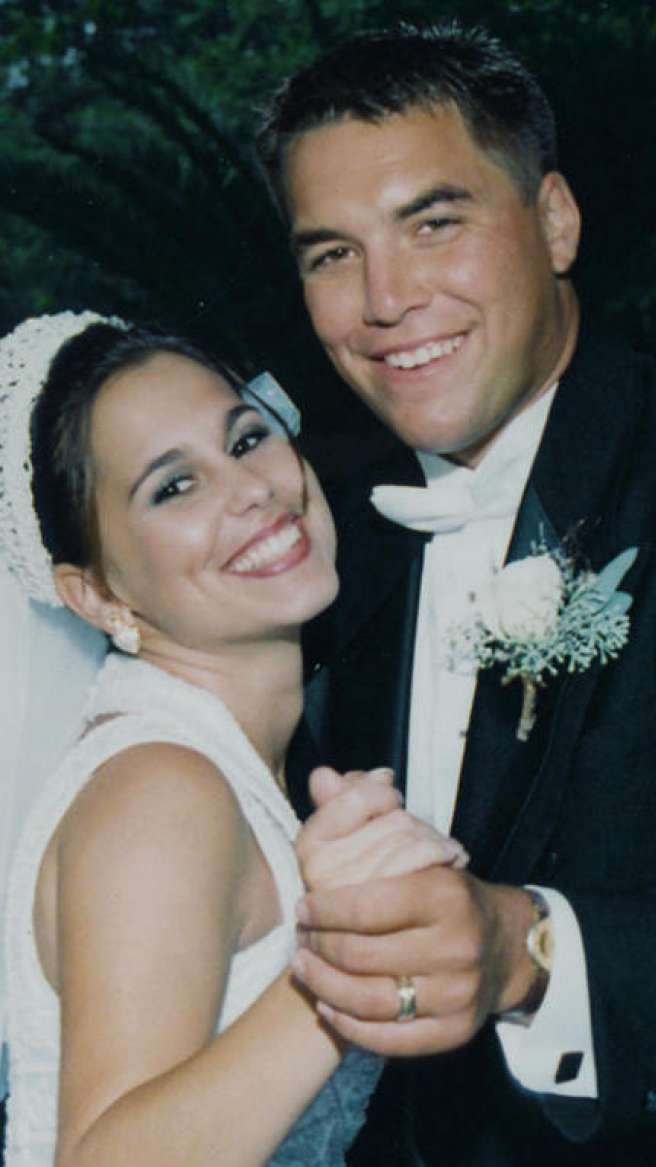 The investigators soon announced they were seeking help from the public in confirming Scott’s whereabouts at the time of Laci’s disappearance. The remains of Laci and Connor were found in the San Francisco Bay in 2003, four months after her missing report.

The bodies were identified several days after being found. On the same day, the authorities arrested Scott Peterson and charged him. However, he pleaded not guilty.

What Did Scott Peterson do to His Wife?

Unfortunately, by the time Laci’s body was found, it was decomposed. The cause of her death could never be determined.

The authorities, however, alleged that Scott killed his wife in their home before decapitating and dismembering her body and disposing of it with a bag full of cement in San Francisco Bay from his fishing boat. The pathologist, Dr. Brian, who assisted in the case, speculated that Laci might have died from smothering or strangulation, which wouldn’t have left behind any piece of forensic evidence.

Furthermore, it also remained unknown whether Conner was born alive after Laci’s murder or if the fetus died before getting expelled from her body.

The Arrest of Scott Peterson

The officials announced on the 3rd of March, 2003, that Laci Peterson might have been a victim of a homicide.

At the time of the arrest, Scott Peterson was found carrying his brother’s passport and a large sum of money. According to the investigators, Peterson dumped the body from his fishing boat into San Francisco Bay on Christmas Eve. 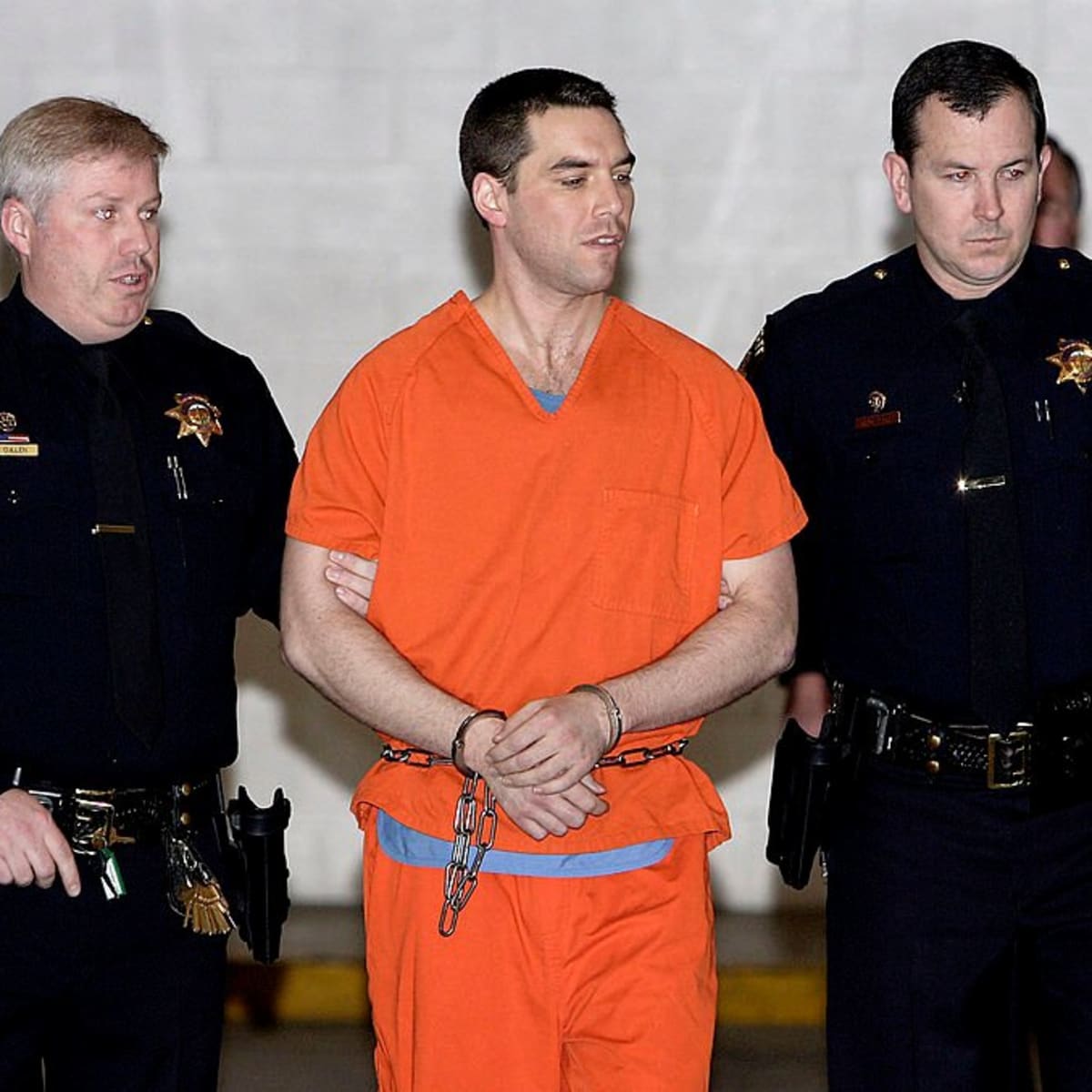 After his wife’s disappearance, it also came to notice that Scott sold his wife’s car, looked into selling their house, and even turned their baby nursery into a storage room.

Despite everything, he pleaded not guilty upon his arrest.

More Details of the Investigation

The authorities and investigators dug deeper into the case. According to them, Scott Peterson bought a brand new boat 15 days before his wife disappeared. He had also researched ocean currents and could not identify the kinds of fish he was trying to catch on the day that he says Laci was home alone.

As per the claims of the prosecutors, Scott traveled to San Francisco Bay with Laci’s body from their Modesto home and dumped it from the fishing boat.

Another discovery in the case took place. It was found that upon Laci Peterson’s disappearance, Scott was engaged in an affair with a massage therapist, Amber Frey.

Scott had an extramarital affair with the massage therapist. However, the authorities did not confirm if the reason for Laci’s murder was Scott’s involvement with Frey or not. She had known him for only over a month when Laci disappeared. 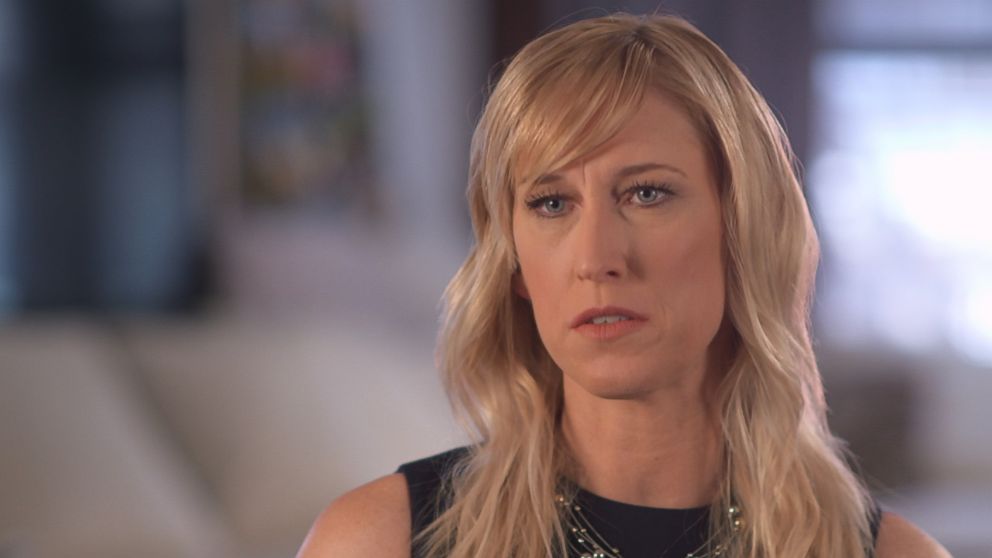 Frey stated, “I met Scott Peterson on 20th November 2002. Scott told me he was not married. We did have a romantic relationship.”

The Trial and the Sentence

However, years later, in August 2020, the California Supreme Court overturned Scott’s death sentence citing some ‘significant errors’ in the selection of the jury. According to them, “The trial judge made a series of clear and significant errors in jury selection that, under the long-standing United States Supreme Court precedent, undermined Peterson’s right to an impartial jury at the penalty phase.”

The Stanislaus County District Attorney’s office later announced it would discontinue its efforts to restore the death penalty. It quoted the decision was made in consultation with Laci Peterson’s family.

In December 2021, Scott Peterson was re-sentenced to life imprisonment without Parole. After his sentencing was overturned, he was transferred to San Mateo County Jail. Earlier in February this year, proceedings began to determine whether Peterson was eligible for a new trial based on alleged juror misconduct. The attorneys claimed in March 2022 they were having trouble getting in touch with him while he was in San Mateo. The hearing concluded in regards to the misconduct of the juror claims, and the proceedings were to take place through June 29th, 2022.

The convicted killer appeared in court on Thursday as his lawyer made a last effort to get him a new trial. It is now up to a judge in San Mateo Superior Court to determine if he deserves a new trial or not.