Louis Tomlinson is going on a tour across several venues in the UK and Europe next year to promote his upcoming second album “Faith in the Future.” Find out how to get tickets to Louis Tomlinson’s UK & Europe Tour 2023 tickets in the presale/ general sale at the best prices.

The former One Direction fame will be performing live at some of the biggest arenas in the United Kingdom, Ireland, and more European countries. Tomlinson’s second album “Faith in the Future” is launching on November 11, 2022, and pre-orders are live right now.

The “Bigger Than Me” singer has just wrapped up this year’s tour and stated that he absolutely loved the experience. He’s more than ready to hit the roads again next year. Meanwhile, fans are excited to see him back on the stage again.

Louis Tomlinson, the former One Direction fame, is going on the “Faith in the Future” Tour 2023 across several venues in the UK and Europe. The tickets for Louis Tomlinson’s Tour will start selling in the presale on October 19, 2022, at 3 AM ET/ 12 AM PT/ 9 AM BST.

You’ll require special access to the presale to get your tickets earlier than others and at the lowest prices. We’ve explained the method to acquire access below. 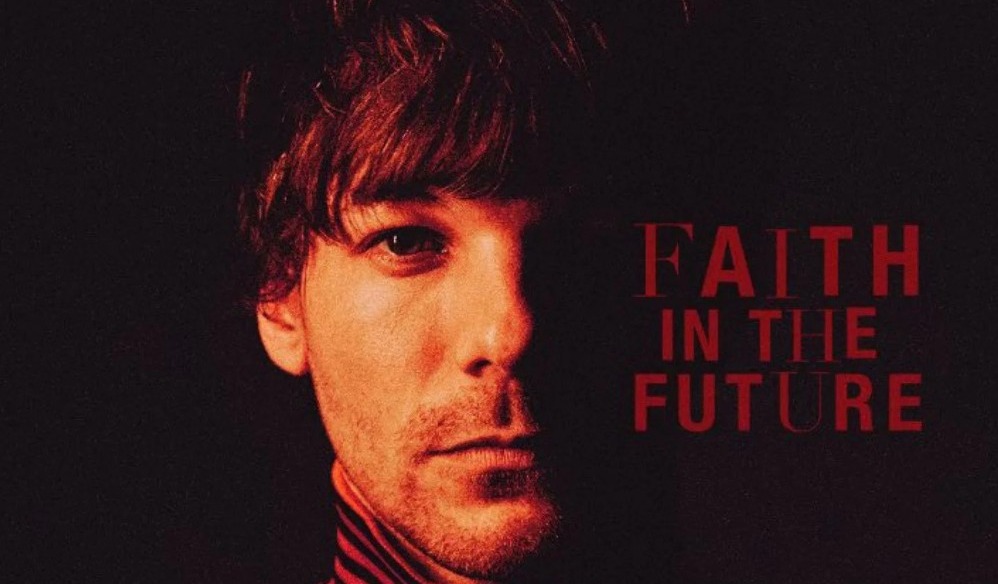 The general sale for Louis Tomlinson’s “Faith in the Future” UK & Europe Tour 2023 tickets will go live on Friday, October 21, 2022, at 4:00 AM ET/ 1:00 AM PT/ 9:00 AM BST. You can buy tickets in the sale on Ticketmaster.com, which is the official ticketing partner for shows across the United Kingdom and Europe.

How to Get Access to Louis Tomlinson Tour 2023 Tickets Presale?

The fans can get access to a presale for Louis Tomlinson’s UK Tour shows by pre-ordering the star’s upcoming album, Faith in the Future, before the pre-sale kicks of. You can pre-order the Deluxe version of the album for £15 from here.

Once you do it, you’ll receive an email with the instructions to access the presale and order your tickets which are priced at £33.10, including booking fees. 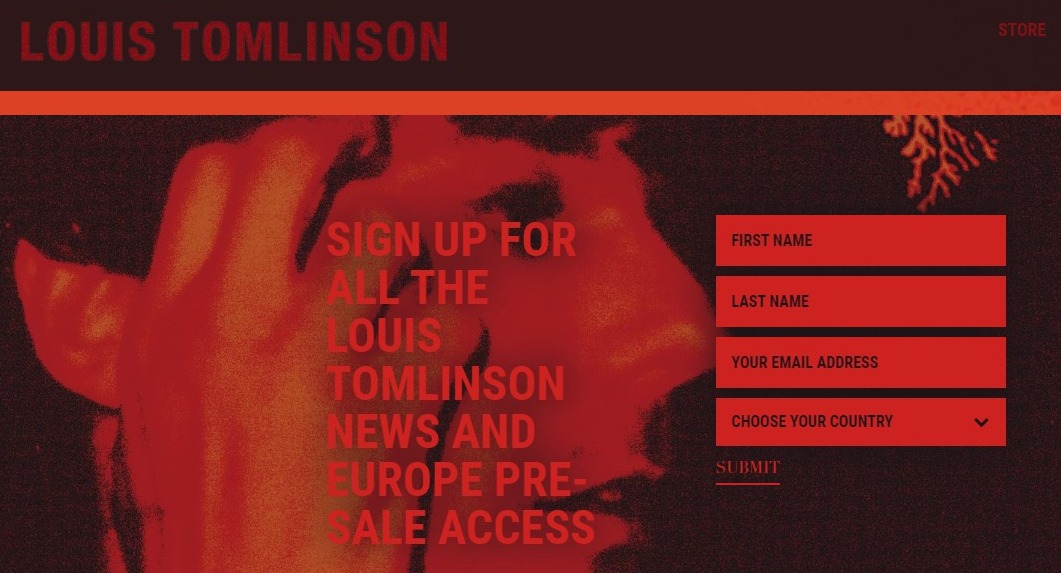 On the other hand, fans looking to get tickets to Lous Tomlinson’s European tour shows can get presale access by signing up here. They won’t have to pre-order the album and only registration on the official website, before the presale begins, is enough to acquire access.

The tickets to Louis Tomlinson’s Faith in the Future Tour 2023 will be available to buy on Ticketmaster and other ticketing partners’ websites. If you have access to the presale, you’ll have instructions to complete the purchase in the email sent to you.

However, if you are buying in the general sale, follow these instructions: 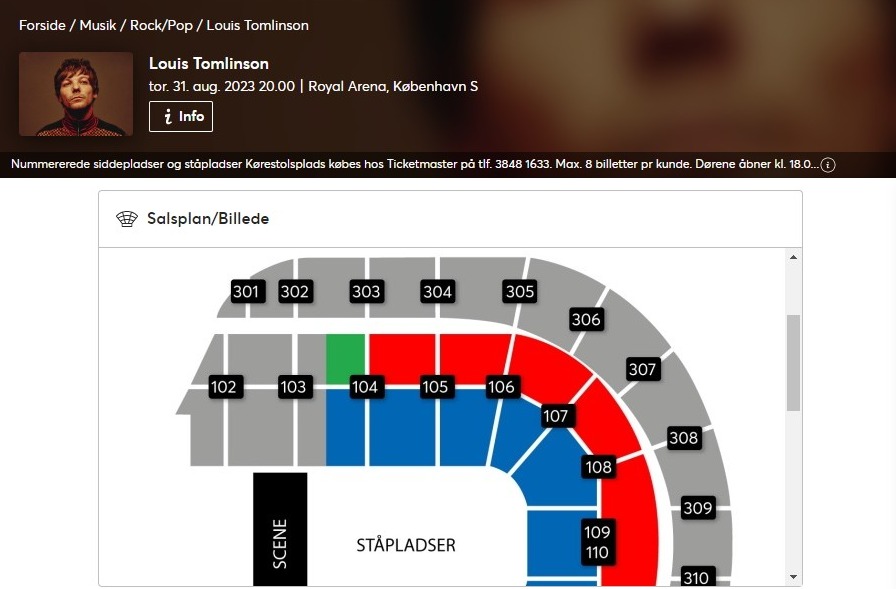 That’s it. This is how you can buy tickets for Louis Tomlinson’s 2023 Tour shows across the UK and Europe via Ticketmaster.

Are Louis Tomlinson 2023 Tour Tickets Available on Other Sites?

Yes, the tickets for Louis Tomlinson’s UK and Europe Tour 2023 are available on other ticket seller sites like Vivid Seats, and StubHub. You can also get your tickets from these sources using a similar method shared above. The prices may vary on different platforms. 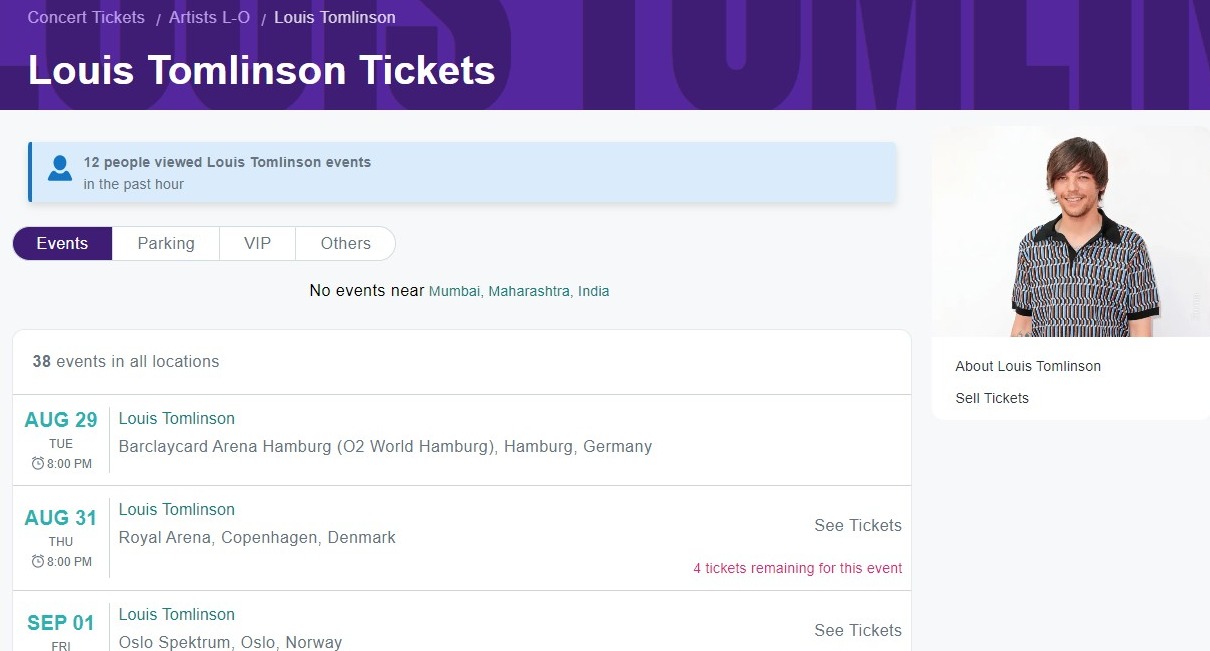 The tickets will also be available through unofficial sellers that you may find in groups on social media platforms or nearby the venues. However, you shouldn’t trust anyone blindly and only deal with the people that are trusted.

The ex-One Direction star has kept ticket prices affordable for everyone and fans are glad of that fact. According to Ticketmaster, the tickets for Louis Tomlinson’s shows in Denmark will start at $39.27 and will go up to $65.

Here are the prices for the tickets at some of the locations: 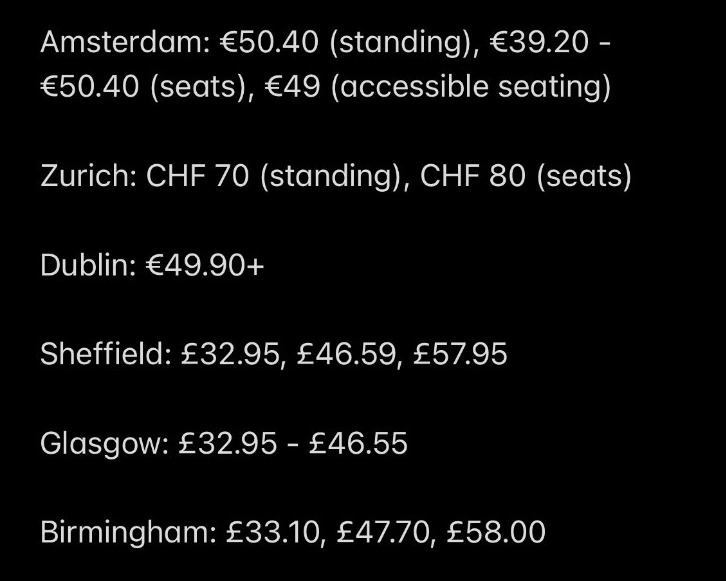 The tickets will be available near the range shared above in the general sale. The prices will vary based on the venues and cities. You’ll still find economical prices on Ticketmaster though. The exact figures will be shared once the sale goes live.

Here is the exact schedule for Louis Tomlinson: Faith in the Future Tour 2023 in the UK and Europe including all dates and venues:

Louis Tomlinson is Excited About the Tour

Tomlinson will be playing at some of the biggest arenas as fans are ready to see the star live on stage. 2023 is going to be very exciting with Dead And Company, Pink, Ed Sheeran, and Blink-182 all set for major tours across the globe.

I can’t tell you how much the tour this year has done for me so I wanted to get on the road again as soon as I could. I had this tour in mind with every song we wrote on the new album. pic.twitter.com/I3K0huAhw2

The “Walls” singer recently displayed his excitement while announcing the tour dates on social media. “I can’t tell you how much the tour this year has done for me so I wanted to get on the road again as soon as I could,” he wrote.

Fans are geared up to welcome his upcoming album this November 11th. Are you going to see Tomlinson perform live? Let us know in the comments.