In the Chrome browser, many Reddit users have encountered the 504 gateway timeout problem when accessing Reddit. It’s possible that you’re also a Reddit member who’s run across this problem. This is a problem with Reddit while using Chrome on a computer or laptop. Here, we will explain how to fix the Reddit 504 Gateway Timeout Error on Chrome, so don’t worry!

Reddit is a huge platform right now, with millions of users. So, as a result of so many people and so many factors, it sometimes displays problems. This is a relatively regular occurrence, so don’t be alarmed. Errors such as 504 gateway timeout are also quite prevalent in web development.

In this article, we’ll discuss how to solve Reddit 504 Gateway Timeout error. 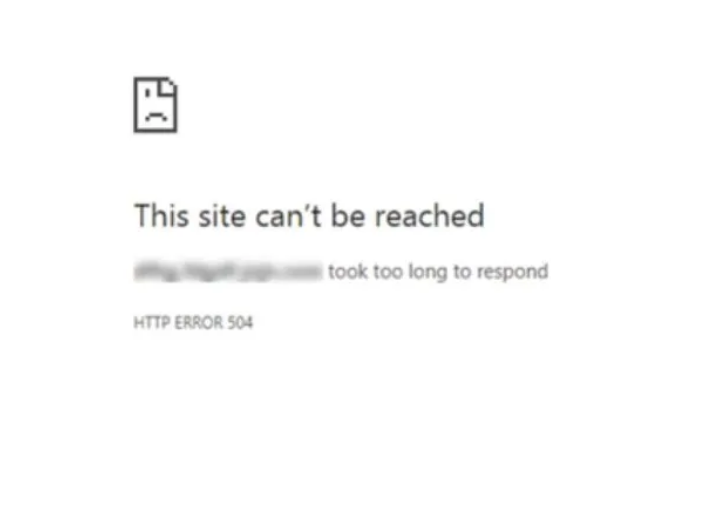 Every day, Reddit is flooded with visitors. The massive traffic is spread among a number of load balancers, which act as a kind of middleman between you and the Reddit servers. A separate web server is used for each visit to the Reddit website so that the site will load every time.
Now, if any load balancer sees that any Reddit server has failed, it will reroute you to a different server until the faulty one starts to work again. Reddit’s website works well without you being aware of any issues in the backend thanks to this method

But, there’s a catch. When any Reddit server is overloaded in case all of the servers are overloaded, then the load balancer will not find any fresh server to reroute you. In this case, if it can’t discover a functional server in 30 seconds, the load balancer delivers a time-out error code of 504 instead.

Usually, a busy server is a reason behind the Reddit website not working properly, there are other reasons as well. It’s also possible that the problem may appear on your browser screen for one of the following reasons:

Now that we have discussed the reasons behind this error, let’s discuss some ways to fix the issue. Keep in mind that you have to try each and every method and check which method works out for you.

Reddit gateway errors may be fixed quickly and easily by either waiting some time or refreshing the page sometimes. Error codes are usually transient and may frequently be resolved on their own. Try refreshing the Reddit page after a few minutes to see if it cures the problem. Continue with the next steps if the error continues.

2. Reconnect to Your Network

If the issue persists after refreshing the page, there is one more thing you can do. You have to reconnect the network you are using.

Sometimes, this error is because of an unstable internet connection. So, in case of a bad network connection, try to reconnect to the network you are using. If you’re connecting by WiFi, then disconnect the WiFi from your phone and reconnect it.

And then refresh the website to check whether the problem has been resolved. If the problem persists, go to the next step.

By acting as an intermediary between your computer and the internet, a proxy server protects your online privacy. Proxy servers seldom result in a “504 error” on the Reddit website, although it does happen very rare. Remove the proxy server from your Chrome browser and refresh the Reddit page to rule out the option.

It’s possible that security measures like firewalls may be the reason behind this error. A firewall is a security mechanism that protects your computer against malicious software such as viruses that may try to infiltrate it.

The same goes for computers linked to numerous servers that are afflicted with a virus or viruses. Consequently, the firewall blocks the malware from spreading to other servers.

However, it might also cause problems with your computer from time to time. As a result, you just need to temporarily deactivate the firewall or check to see whether the problem is solved after disabling the firewall.

Below is the procedure to disable the firewall:

That’s the possible solution which will probably fix the issue of the Reddit ‘504 Gateway Timeout’ Error. Also, it is recommended that you perform a full scan to check for viruses on your system. In case of any doubt, do let us know in the comment section below.