Robert Kraft is an American Businessman from Massachusetts. Robert Kraft made his fortune as CEO and Chairman of The Kraft Group, which has paper and real estate interests. He owns the New England Patriots, New England Revolution, and Gillette Stadium.

Robert K. Kraft was born in Brookline, Massachusetts, on June 5, 1941. His family was Modern Orthodox and working-class. 1959 Brookline High School graduate and senior class president. Kraft was class president at Columbia. He was a Zeta Beta Tau fraternity member and played freshman and lightweight football.

Kraft graduated from Columbia in 1963 and Harvard in 1965. Kraft was chosen as a chairman of the Newton Democratic City Committee at age 27. He pondered running for Massachusetts’ 3rd congressional district in 1970 but decided against it out of concern for his family and privacy.

kraft’s First professional experience was with his father-in-law Jacob Hiatt’s Rand-Whitney Group. Kraft led a leveraged takeover of the company in 1968 and is still the chairman of Rand-Whitney. Kraft started a paper trader in 1972 and Two privately held paper and packaging companies are the largest in the U.S.

Kraft invested in New England Television Corp., which bought WNAC-TV in 1982. 1983: He joined the board. He became president of WNEV-TV in 1986. He sold his interests for $25 million in 1991. Robert Kraft bought Boston radio stations. In 1998, he founded Kraft Group, a paper company with $2 billion in sales in 90 countries.

Robert Kraft has been a Patriots season-ticket holder since 1971. He bought land close to Patriots Stadium in 1985. This was the first stage in Kraft’s effort to buy the Patriots.

In 1988, Kraft outbid competitors to buy the bankrupt stadium for $25 million. Kraft’s purchase included the Patriots’ stadium lease. This is crucial to Kraft’s ambition to buy the team.

The Patriots were rumored to be going to St. Louis because then-owner James Orthwein wanted the NFL to return to his hometown. The Cardinals left St. Louis in 1988 and went to Arizona.

James Orthwein offered Kraft $75 million to buy out the team’s Foxboro Stadium lease in 1994. If Kraft had agreed, the Patriots would have moved. Robert Kraft took a chance. He made a record-breaking bid of $175 Million (equivalent to $300 million now) to buy the Patriots. 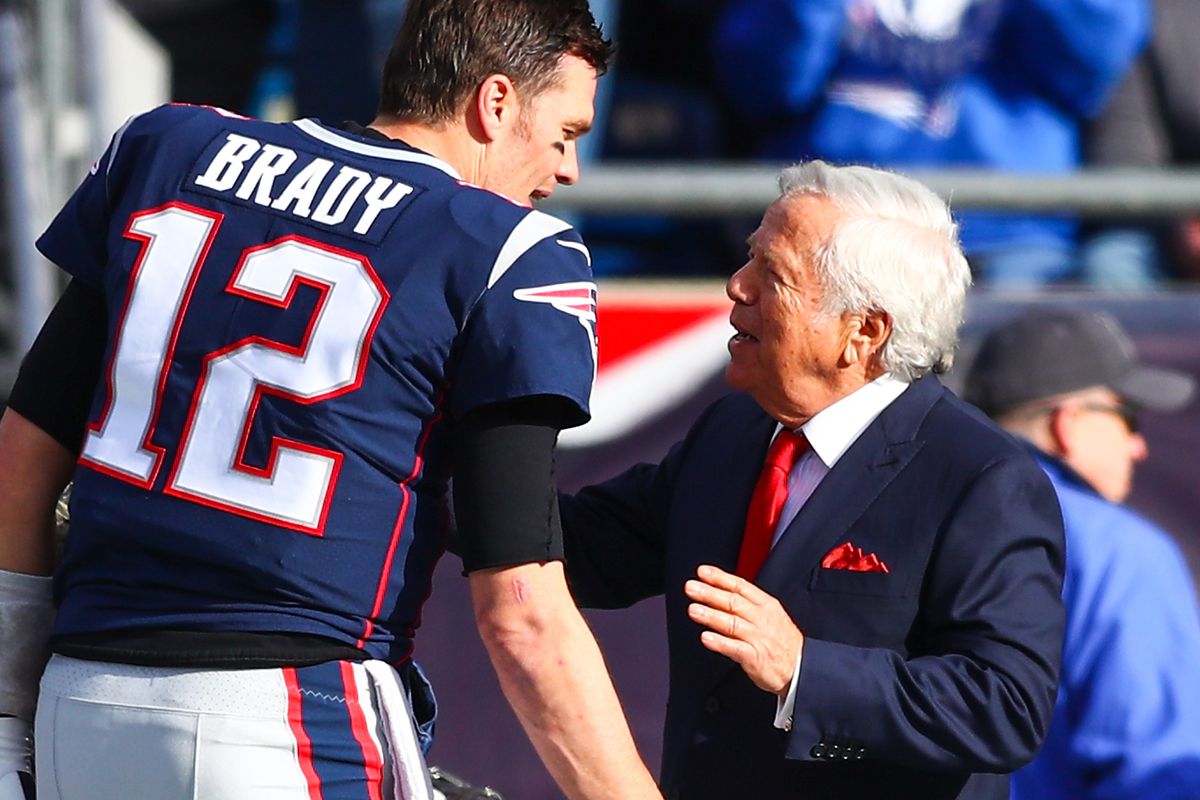 This was a stunning price to spend for one of the league’s least valuable teams. Orthwein accepted the offer because he couldn’t break the lease. The Patriots are worth $4.1 Billion after 16 Years and Six Super Bowl Championships (in 10 Appearances).

Net worth of Robert Kraft Kraft Began Dating Actress Ricki Noel Lander in June 2012. She Is almost 39 Years Younger than Him. Lander Gave Birth to A Child in The Fall of 2017. when The Birth Was Disclosed in May 2018, Kraft Denied Fatherhood. 2018 Saw Kraft and Lander’s Split.

Robert Kraft Is an American Businessman as Ceo and Chairman of The Kraft Group, Which Has Paper and Real Estate Interests. He Started His Life as A Vendor by Selling Newspapers on The Streets. by Using His Business Mind and Knowledge, He Achieved His Goal to Be One of The Richest People on This Earth. Robert Set Him on A Tag as A Billionaire. He Has Accumulated a Net Worth of $10.6 Billion.