*Warning: House of the Dragon Episode 9 Spoilers Ahead*

The ninth and penultimate episode of House of the Dragon aired on Sunday, and lived up to the expectations. While Rhaenyra and Daemon were surely missed, the internal conflicts between the Hightowers made the episode engaging.

After an hour-long episode of planning, plotting, betrayals and chases, the greens finally take over the rule of the seven kingdoms, crowning Aegon as the new King. But, the coronation does not go as planned, as Princess Rhaenys barged in on her dragon, sending out a message that the greens would surely not forget for a long time.

After being locked away in her room throughout the episode, so that she does not send a message to Rhaenyra, Princess Rhaenys is finally rescued by Ser Erryk, who leads her out of the Red Keep to get her out of the city safely.

The two are separated amid the chaos when the City Watch handles the crowd, turning them towards Dragon pits so they can watch Aegon’s coronation. Hiding her identity under a hoodie, Rhaenys watches the coronation as the Septon blesses Aegon, and he is crowned the King of the seven kingdoms. 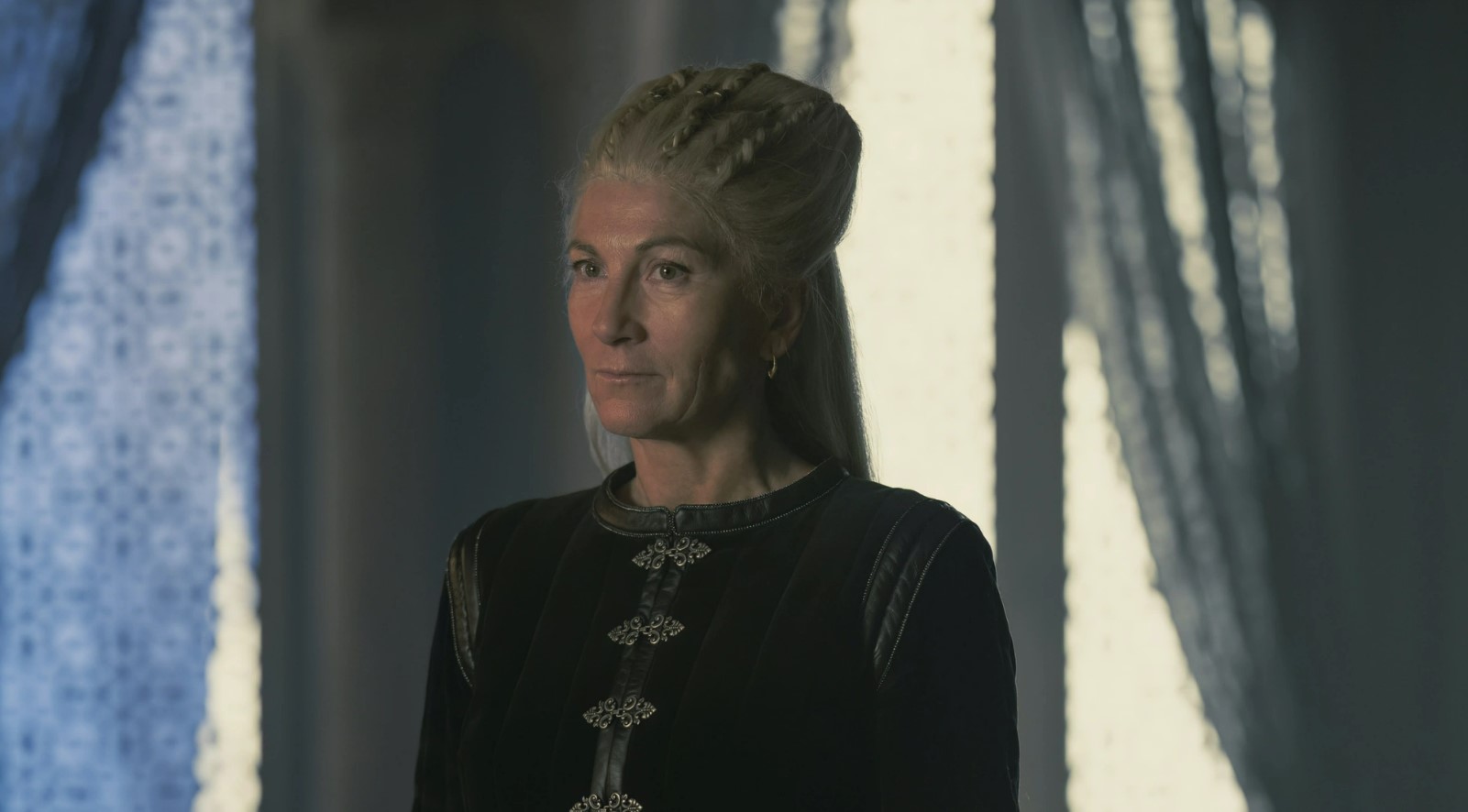 She then finds the perfect opportunity to go to the Dragon pit to find her dragon, Meleys. Meanwhile, Otto Hightower publicly announces that it was King Viserys’ last wish to see his firstborn son on the Iron Throne. While the crowd seems skeptical at first, they start cheering for Aegon soon and accept him as their King.

Why didn’t Rhaenys Burn Down the Greens?

The celebrations were, however, short-lived as Rhaenys barges in from under the ground with Meleys, wreaking havoc at the coronation site. The dragon rider then stands face to face with the greens, and has the perfect opportunity to end things once and for all, but instead, the dragon just roars and flies out of the main door, leaving the Hightowers and their children unharmed. 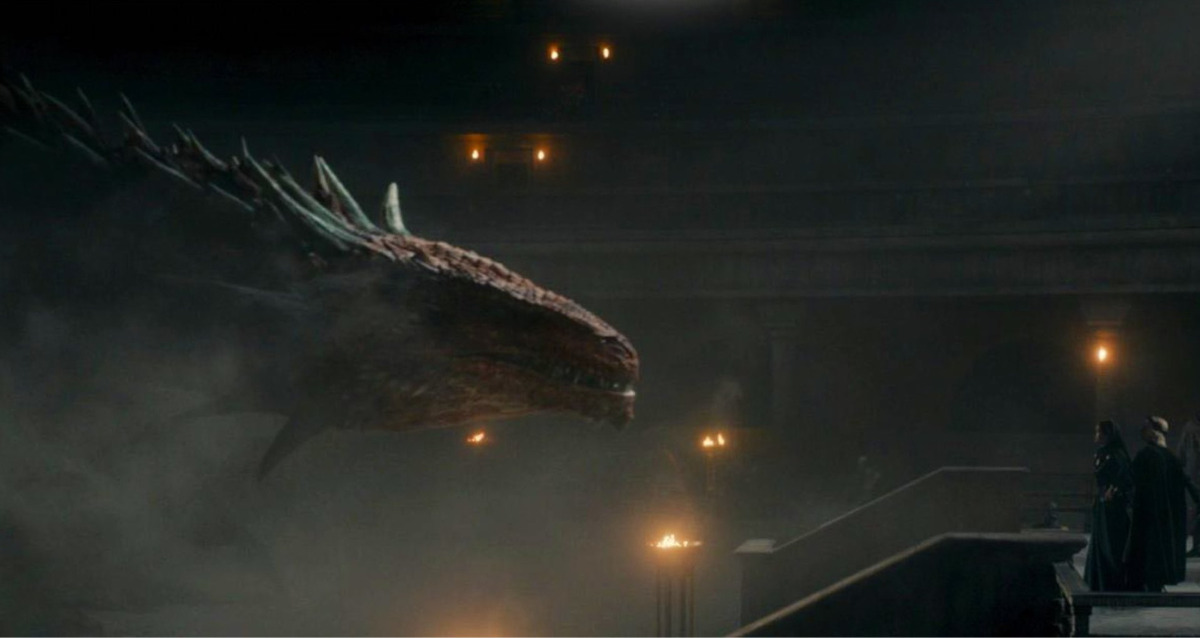 Rhaenys actions can be attributed to the fact that she just wanted to send a message and did not want to start a war herself. She has now officially sided with Rhaenyra, but does not want to be called a Kingslayer, the worst of the worst insults in Westeros.

Rhaenys burning down the greens in front of the whole city would have also probably done more harm than good, as the city would have thought of Rhaenyra as evil and might have not accepted her claim to the throne.

Rhaenys bursting out from the ground of the dragon pit fulfills another prophecy by Haelena Targaryen. During the dinner scene in Episode eight, the princess had casually uttered the words, “Beware the beast beneath the boards.” In the ninth episode, she says the same words when Alicent comes to tell her that the King has died. 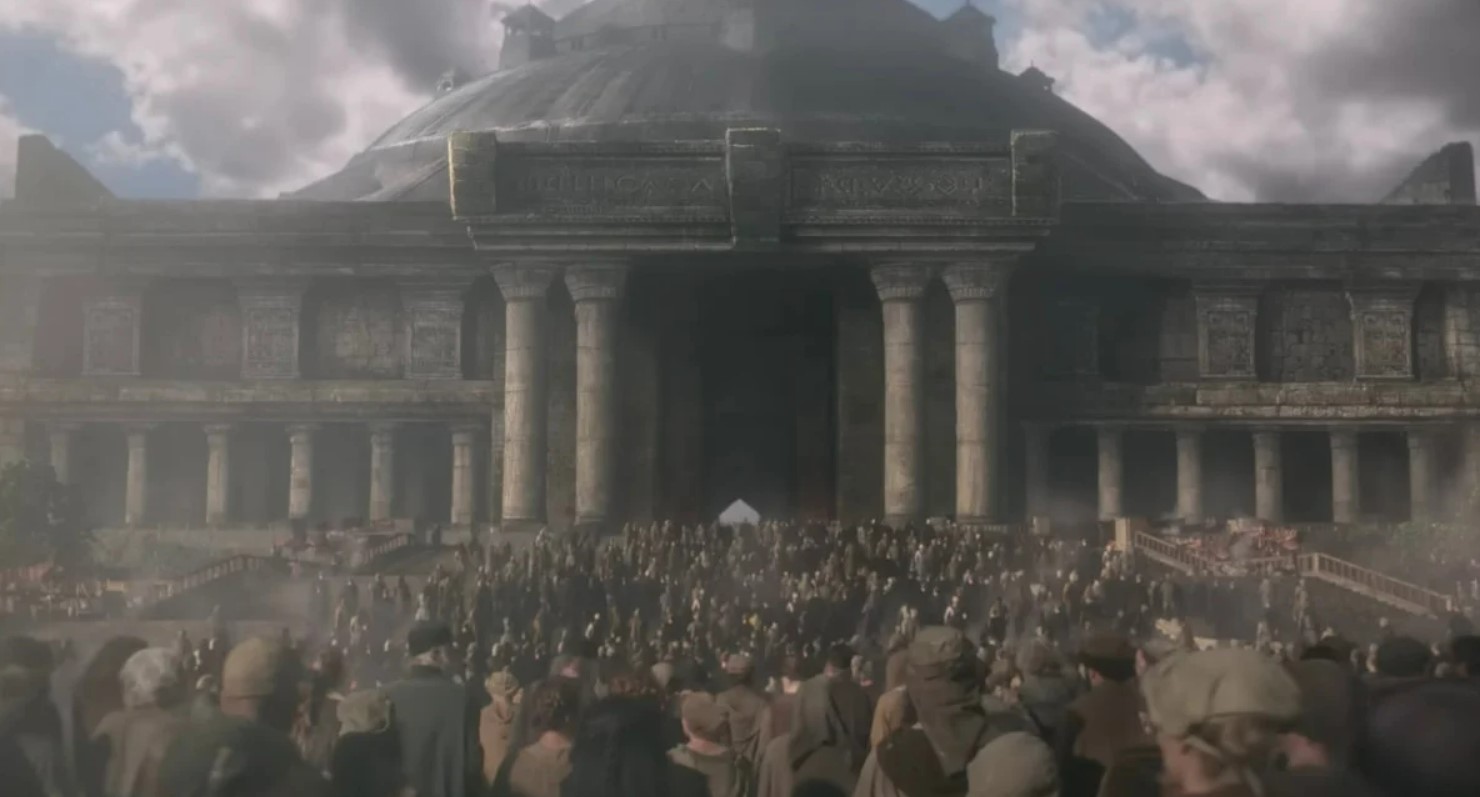 Rhaenys’ act confirms that Haelena can indeed see the future. The Beast was the dragon Meleys, and ‘beneath the boards’ meant the boards above the dragon caves. Meanwhile, with Aegon being crowned the King and Rhaenys flying out to Dragonstone, the dance of the dragons is all set to begin in the last episode of the season next week.

House of the Dragon airs Sundays at 9 pm on HBO and HBO Max.