“Kim Air” is not like any other airline, and there is absolutely no scope for passengers to make any mistakes. Kim Kardashian’s $150 million custom-fitted G650ER, which has been decked with cashmere on almost every surface, comes with strict guidelines to keep it pristine. Kim explained these rules to Kendall Jenner on “The Kardashians”. Here is everything you need to know before boarding this exquisite jet.

All About The Strict Rules… 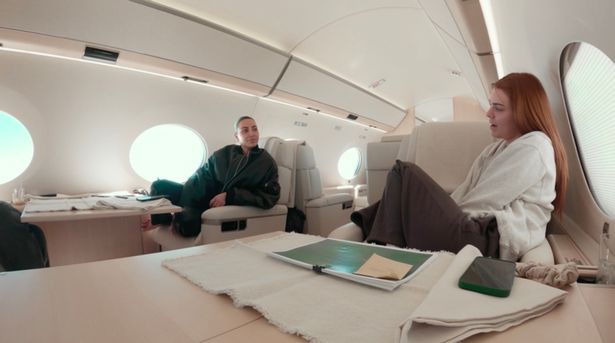 Kim calls her custom-fitted G650ER ‘Kim Air”! Well, she has some strict rules if you are planning to fly on the aircraft. And guess, what these rules are no exception for even her family. In an episode of “The Kardashian”, Kim was chatting with her sister Kendall, before travelling to Milan for a Prada fashion show. Kendall, however, mentioned that she was going to get it. spray tan before the three-hour flight.

On this Kim responded, “A spray tan before my flight?”. Kendall responded, “No, it’s a three-hour one so I sit in it for three hours and then shower it off,” Jenner explained. Kim hit back by mentioning that the cream interior is too nice to risk staining, and said: “Have you seen the cashmere seats? You cannot get your spray tan on my cashmere seats.”

The “Selfish” author continued, “Let me know if you like any snacks because I have, like, waffles and I have a freezer so, like, I live it up on there.” Previously Kim explained in an interview:

“Usually, planes are dark with lighter leather—mine, I had custom all light wood. I had a bathroom put in the front, and a bathroom in the back. Every seat has its own phone charger. The best, most exciting part of the plane is, it’s all cashmere. Cashmere ceilings, pillows, headrests. I feel like I’m doing an MTV crib for planes, ugh, what a dream!”

Apart from this, Kim also told her sister to know that if she wants “any snacks because I have, like, waffles and I have a freezer so, like, I live it up on there.” Another rule for those boarding this flight is the “no shoe policy”. Passengers are expected to wear “Skims” slippers.

All About Kim’s Fancy Jet… 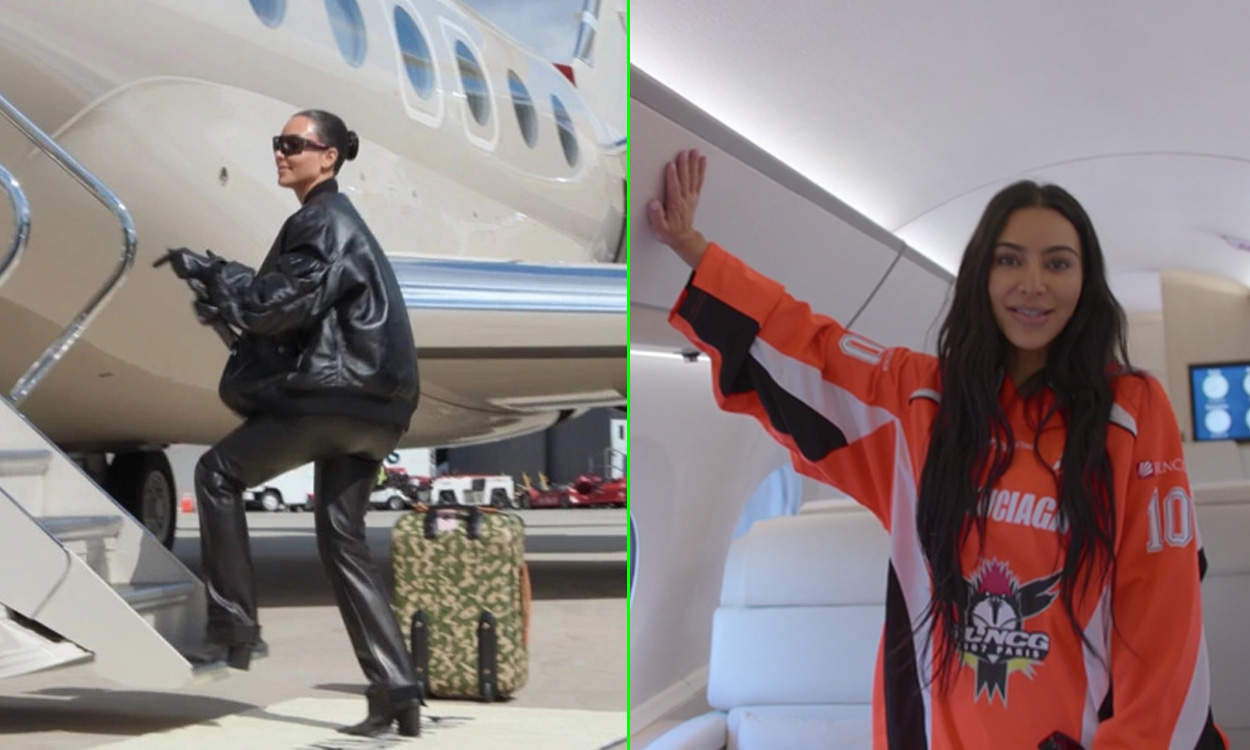 Kim Kardashian purchased this fancy jet in 2021, but it took almost a year to design “Kim Air” per her expectations. Experts behind the marvellous interiors are Tommy Clements and Waldo Fernandez. FYI, this plane is the same model, the one owned by the world’s richest man, Jeff Bezos.

The “Keeping Up With The Kardashians” star paid more than $95 million for this gorgeous jet, however, once the interiors and altercations were done, the cost came up to a whopping $150 million. The plane was first showcased on season 1 of The Kardashians on Hulu when Kim was seen joking: “I feel like I’m doing an MTV Cribs for planes.”

She also joked, “Don’t breathe; don’t touch a thing,” and revealed, “I’m gonna do no shoes on the plane and get custom Skims slippers. Wouldn’t it be so cute if I made custom Skims in this color, like pyjamas, socks, blankets and slippers?”

FYI, Kim has recently come up with her debut podcast, titled, Kim Kardashian’s The System: The Case of Kevin Keith, the first two episodes of this podcast are available exclusively on Spotify for a worldwide audience. The podcast is based on the case of Kevin Keith. As for this plane, what do you think about Kim’s plane? That’s boujie, isn’t it?