Kanye isn’t sparing the dead too for his constant “bullying” games. On his recent appearance on the Drink Champs podcast, the 45-year-old rapper not only called out Kris Jenner for sleeping with Drake but also dragged down the deceased, George Floyd, who was brutally murdered by a police officer in Minneapolis, Minnesota.

Kanye made false claims about the manner of Floyd’s death and stated that he died from at Floyd died from fentanyl abuse, and wasn’t killed by a police officer. Now, George Floyd’s family is considering a defamation lawsuit against Ye for such hurtful statements about the deceased. George Floyd’s family has strongly responded back to what Kanye spoke on the Drink Champs podcast about the deceased. While we all know that George Floyd was brutally murdered by a police officer over the inspection that he may have used a counterfeit twenty-dollar bill, Ye had a defaming story to narrate.

George Floyd’s family is considering filing a defamation suit against the rapper and responded to the false claims via their civil rights attorney Lee Merritt. “While one cannot defame the dead, the family of #GeorgeFloyd is considering suit for Kanye’s false statements about the manner of his death,” Lee wrote on Twitter on Sunday (Oct. 16).

While one cannot defame the dead, the family of #GeorgeFloyd is considering suit for Kanye’s false statements about the manner of his death.

“Claiming Floyd died from fentanyl, not the brutality established criminally and civilly undermines and diminishes the Floyd family’s fight.” the civil rights attorney addressed on behalf of the victim’s family.

What Did Ye Said On ‘Drink Champs’? 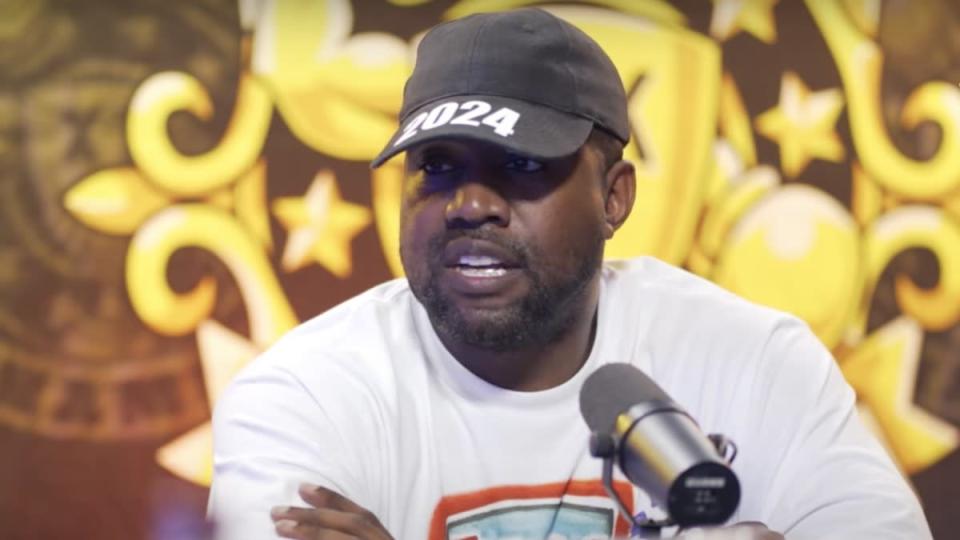 During his appearance on the “Drink Champs” podcast, Kanye, 45 told hosts N.O.R.E and DJ EFN, that George Floyd died from fentanyl abuse, and that a police officer’s knee “wasn’t even on his neck like that”. He continued discarding the truth that Geroge was killed by a police officer.

While discussing his newfound ally, Candace Owen’s documentary,  The Greatest Lie Ever Sold: George Floyd and the Rise of BLM, Ye claimed: “I watched the George Floyd documentary that Candace Owens put out. One of the things that his two roommates said was they want a tall guy like me, and on the day that he died, he said a prayer for eight minutes. They hit him with the fentanyl if you look the guy’s knee wasn’t even on his neck like that.”

He didn’t stop here! West then compared Floyd to late fashion designer Virgil Abloh, who died after battling cancer last November. “This white company Louis Vuitton is now making statues of him as a martyr, and we don’t know why exactly [he died], they said it was cancer,” he added. Throughout his three-hour appearance on “Drink Champs”, Ye started by making further antisemitic comments about Jews. Not only this, but Ye also called Drake, “the greatest rapper ever” for sleeping with Kris Jenner, and mocked her boyfriend Corey Gamble for the same. Most of his statements remained unchallenged by the hosts.

The 46-year-old African-American man was brutally killed by a police officer, Derek Chauvin, on May 25, 2020, in Minneapolis, Minnesota. He was arrested over a store owner’s suspicion that Floyd may have used a counterfeit twenty-dollar bill, on May 25, 2020.

Derek was one of the four police officers, who knelt on Floyd’s neck and back for more than 9 minutes. Floyd’s dying words were: “I can breathe”, which became a rallying cry in the massive protest against police brutality towards black people. Ye’s lost it and needs help. What do you think? Why is no one taking his disturbing behaviour seriously?