Do you remember making plans with your best friend during summer break to try to build a future together and buy your favourite sports team?!

Well, we all grew up and forgot about our silly plans but guess who didn’t? Ryan Reynolds! Yes, the man who has the most beautiful love story in the world can’t stop with his bucket list.

The popular actor from Deadpool decided to run a football club with another fanatic Rob McElhenneywho we all have loved in Game of Thrones.

The two actors have decided to team up to run a vanishing football club and give it a new touch which happens to be FX’s new subject for a fresh documentary.

The two actors have shredded a lot to mark their imprints as owners of the Wrexham football club. Here’s everything you need to know. As sports lovers and football fans, we often dream about buying our favourite team but does it still apply to those who don’t know about football?

This is exactly what these famous actors did here. Ryan Reynolds and  Rob McElhenney bought the 5th tier Red Dragons from Wrexham Football Club.

The two had no previous experience running a football club but learned fast to match their dedication to improving the team.

Now FX in alliance with Disney+ is going to tell that story in the form of Welcome to Wrexham, a docuseries starring Reynolds and McElhenney that is all geared up to premiere next month.

One of the quirkiest stories in sports is getting its own docuseries- from FX and Disney+ Welcome to Wrexham will take viewers along for the ride as Rob McElhenney, Ryan Reynolds, and a pair of renowned actors attempt to shake up a club in Wales.

In the trailer, we see Hollywood stars McElhenney and Reynolds taking in their newest acquisition – a soccer club that plays in the fifth tier of the English league pyramid.

The club has been around for centuries and is one of the oldest teams in existence.

The trailers also show actors being interviewed by people of the town and trying to question actors’ interests in buying the club. 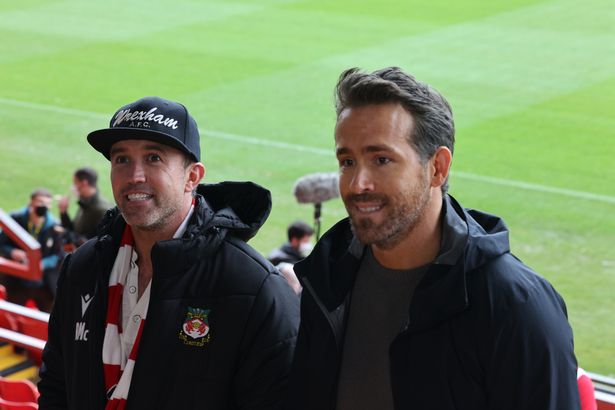 When asked about their motivations, Reynolds responded with a trademark joke that seemed to win the crowd over.

Reynolds later tells the camera and shares the thought of promoting the “underdog story”, as footage of a working-class town’s struggle is interspersed with various shocks the actors while they take a deeper look into the property.

Welcome To Wrexham: What Can We Expect From The Docuseries? The team also happens to struggle at the moment because of various reasons. The actors decided to take over the club from the Wrexham Supporters Trust and invested £2 million in expanding and enhancing the club’s infrastructure in 2021.

Ryan and Rob have been barged with the question of “where should we start” because none of them is familiar with the sport or the condition.

As revealed in the new trailer, the Wrexham team is closely related to the town it shares its namesake with. One person is heard saying that what they like most about living in Wrexham has to do with their football club.

The Network FX will premiere the entire package of Welcome To Wrexham on August 24th. The show will be available to stream on Hulu.