The new season of ABC’s popular show Shark Tank has started with a bang! The brand new season of the business reality show kicked off on September 23, 2022, Friday. This year, also, the famous sharks and guest sharks will be seen cracking some great deals. 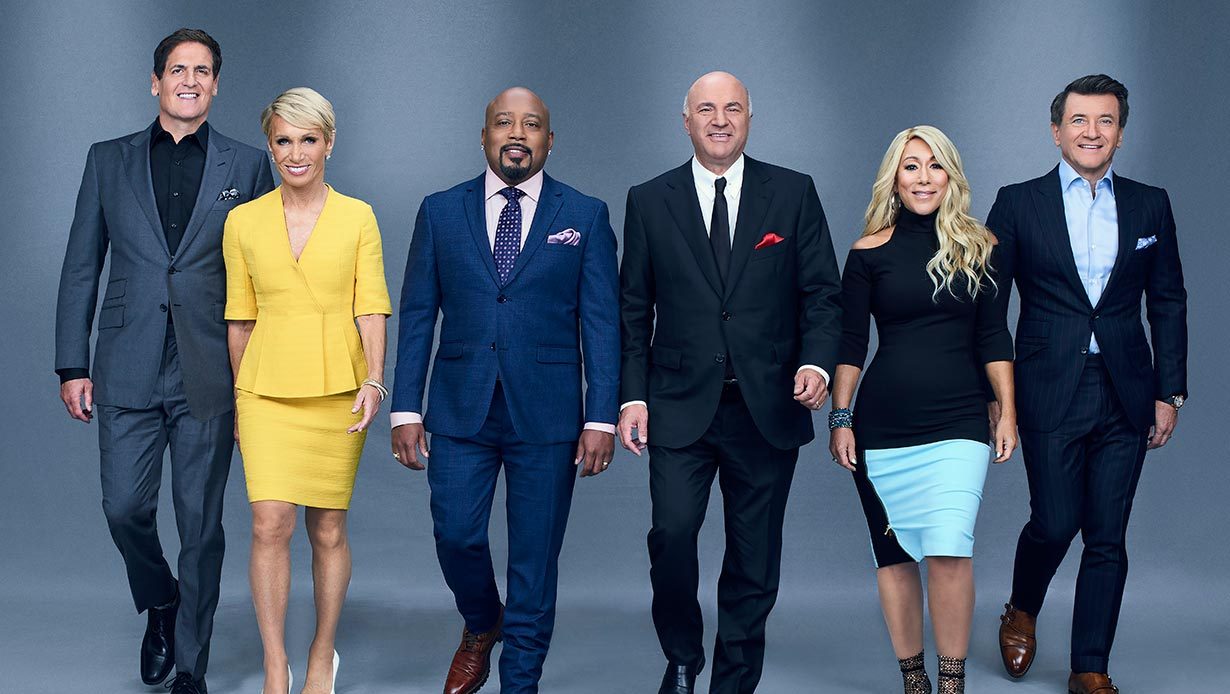 Along with the classic bunch of 6 sharks, we will also witness a few guest sharks on different episodes of season 14 of Shark Tank. Goop founder and Academy-Award-winning actress Gwyneth Paltrow and DoorDash CEO Tony Xu will be seen on the ongoing season of the show.

Other guest sharks who will appear in season 14 of Shark Tank are as follows: Emma Grede, co-founder of Good America, Peter Jones from Dragon’s Den, Daniel Lubetzky, founder of Kind, and Kendra Scott.

What is the net worth of Sharks on Season 14 of ‘Shark Tank’?

The first three companies in which Mark put a million dollars were BeatBox Beverages, Ten Thirty-One Productions, and Rugged Maniac Obstacle Race. To date, he is considered one of the smartest and richest business tycoons.

According to Celebrity Net Worth, Kevin O’Leary is the second richest shark on the ABC show Shark Tank. He has an estimated net worth of $400 million. He is often referred to as ‘Mr. Wonderful’ on the show.

In the past, the founder of SoftKey International was a member of the judges panel on the show Dragons’ Den, which is the original and British version of the show Shark Tank.  At first, the 68-year-old Canadian businesswoman wanted to be a photographer but his stepfather convinced him to step into the world of business.

It has been reported by Celebrity Net Worth, that the net worth of Daymond John is $350 million and he is the third wealthiest shark on the ABC show. The successful businessman, TV personality, fashion designer started his clothing brand FUBU (For You By You), at his mother’s house in Queens. At that time, he was only 20 years old.

Apart from this, Daymond is also an author. To date, he has written many books such as Outhustle Your Way to a More Successful and Rewarding Life, The Brand Within, Display of Power, The Power of Broke, and Rise & Grind: Outperform, Outwork.

Robert Herjavec is a Canadian businessman who worked hard to make his name in the world of business. As per Celebrity Net Worth, the net worth of Robert is $200 million. Back in the day, he did many jobs such as waiting tables and delivering newspapers.

His first proper job was that of a third assistant film director but the inconsistent schedule of the job didn’t work for him. Soon afterward, he began selling Logiquest company’s computer equipment.  Then, he became the general manager of the firm. He launched his own company BRAK Systems, in the year 1990.

Nearly 10 years after, Robert sold his company to the VP of Sales at Ramp Network. After that, he founded another company named The Herjavec Group, which ended up becoming one of the most successful projects of his career.

As per Celebrity Net Worth, Lori Greiner’s hard work helped her make a fortune of $150 million. Throughout her career, the successful jewelry designer has created more than 700 products.

During her initial days, Lori was inclined towards journalism but soon afterward she switched her field and began designing jewelry pieces with jewelry organizers. And the rest is history. She is also an author and a speaker for big firms in the market.

Barbara Corcoran is an American businesswoman, investor, podcast host, and television personality whose estimated net worth is $100 million. She founded her real estate company The Corcoran Group in the year 1973. Then, she sold her firm to the National Realty Trust (NRT) for $66 million in the year 2001.

In the past, Barbara has hosted many podcasts including Business Unusual with Barbara, 888-Barbara, and CNBC’s The Millionaire Broker with Barbara Corcoran. She is also an author and has written multiple books. Up until now, she has invested in many start-ups.

The Hollywood star and founder of the lifestyle brand Goop will be seen as a guest shark in the season 14 of the show Shark Tank. As per the reports of Celebrity Net Worth, the estimated net worth of Gwyneth Paltrow stands high at $200 million.

A large portion of her income comes from her successful acting career and her lifestyle brand Goop. She is best known for playing the role of Pepper Pots in the Marvel franchise. To date, she has appeared in many movies like Emma, Seven, Sliding Doors, and Planet of the Apes. She was last seen in Netflix’s The Politician.

As per the reports of Forbes, DoorDash CEO, and co-founder, Tony Xu has an estimated net worth of $1.3 billion. He founded the restaurant delivery service in the year 2013 with his two business partners Andy Fang and Stanley Tang.

In a media interaction, the 37-year-old billionaire talked about DoorDash and said, “DoorDash exists today to empower those like my Mom who came here with a dream to make it on their own. Fighting for the underdog is part of who I am and what we stand for as a company.” Emma Grede is the CEO and co-founder of the clothing brand Good American. It has been reported by Forbes that the net worth of Emma is $360 Million. She presented the idea of Good American to the former Keeping Up With The Kardashians star Kris Jenner.

Grede told Kris that she wanted to join hands with her daughter Khloe for her denim clothing line. Khloe and Grede launched Good American in the year 2016. After a while, the company expanded and began selling dresses, activewear, tops, swimwear, sleepwear, and as well as shoes. Apart from this, Emma is also a founding partner of the shapewear brand Skims.

Peter Jones is an English TV presenter, entrepreneur, and businessman. According to the Celebrity Net Worth, he has an estimated net worth of $400 million. He has a lot of interest in mobile phones, television, media, leisure, and property. He is most noted for being one of the dragons on the well-loved BBC show Dragons’ Den.

In an earlier interview, Peter said, “When I was 7 years old, I would sit in my Dad’s chair, pick up the telephone and pretend I was closing a big deal.” He started his first business at the young age of 16 and it failed but he didn’t give up and kept working hard. He launched Phones International Group in 1998.

In season 14 of the ABC show Shark Tank, we will get to see Mexican-American businessman, philanthropist, author, and founder of Kind, Daniel Lubetzky. He has an estimated net worth of $2.2 billion.

Daniel launched his first company PeaceWorks in the year 1994. Let us tell you, the company acted as a common link between Arabs and Israelis and helped them to build a business together. Then, soon afterward, he wanted to create a healthy snack that went well with his healthy lifestyle and that was the moment when the idea of Kind was born.

In November of 2020, Lubetzky sold his company to Mars for a whopping $5 billion. In 2021, he teamed up with two of his Kind’s former executives to launch Somos, a Mexican plant-food brand.

One of the most successful fashion accessories designers, Kendra Scott is the executive chairwoman,  designer, and former chief executive officer of the billion-dollar jewelry brand Kendra Scott, LLC. As per the reports of Celebrity Net Worth, the estimated net worth of Kendra is $500 million.

Kendra kickstarted her first business called The Hat Box which designed hats for women who were going through chemotherapy. She created comfy and stylish pieces for women and even donated some percent of her profits to cancer research. She is also a philanthropist.

Scott launched her company Kendra Scott, LLC in 2002 and she designed the first collection of her jewelry in her bedroom a couple of months after her son was born. She used to visit local stores and boutiques to sell her jewelry pieces.

Kendra sold a minority stake of her company to private equity firm Berkshire Partners at a valuation of $1 billion in the year 2011. Her company has nearly 75 retail stores and an e-commerce business. Keeping her business aside, she also likes to invest her money in younger companies in Austin, Texas.

Who is your favorite shark on season 14 of the ABC’s business reality show Shark Tank? Kindly let us know your thoughts in the comments section below. Don’t forget to stay tuned with us for the latest updates from the world of showbiz.