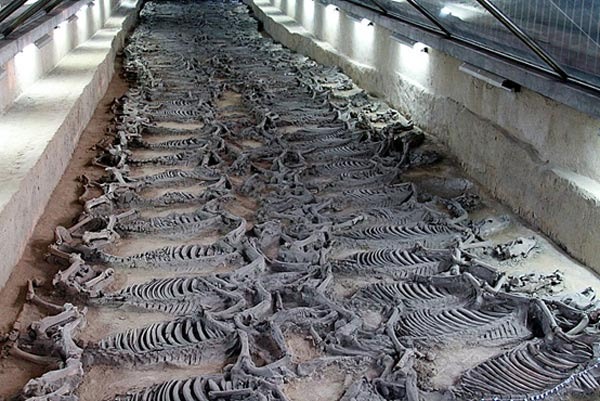 It soon became clear that the grave belonged to duke Jing of Qi, and the remains of the horse were, sadly, a sacrifice in his name.

Excavations have now returned to the ancient sacrifice pit and archaeologists expect to learn more about the burial, history and scale of the army in the pre-Qin period.

Duke Jing, Son of a Concubine

From 547 to 490 BC the State of Qi was ruled by Duke Jing of Qi. Duke Jing was given the name Lü Chujiu at birth, and his ancestral name was Jiang.

Duke Jing was a title he earned after his death. The Duke was born to a concubine of Duke Ling of Qi, and had an older half-brother named Duke Zhuang. Their father died in 554 BC, and was succeeded by Duke Zhuang.

Cui Zhu, a powerful minister, supported Duke Zhuang, until Duke Zhuang had an affair with Cui Zhu’s wife. As a result, Chi Zhu killed Duke Zhuang in 548 BC. Upon his brother’s death, Duke Jing took to the throne. 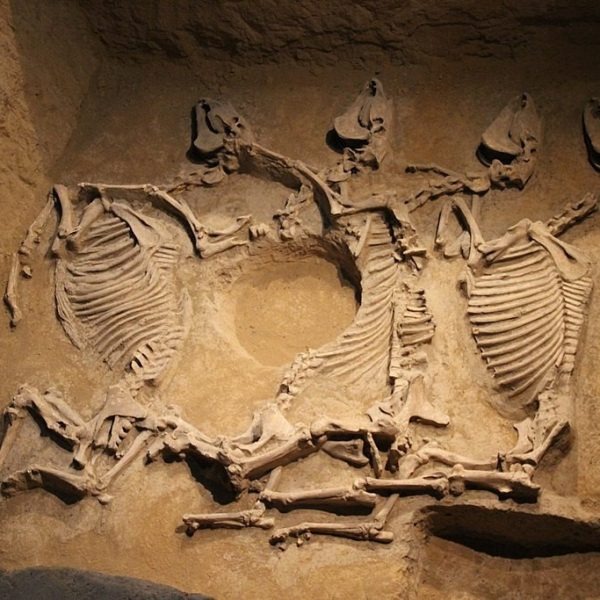 With Duke Jing on the throne, Cui Zhu and nobleman Qing Feng took control of the state as co-prime ministers. After much turmoil in the State of Qi caused by unrest between Cui Zhi and Qing Feng, Duke Jing appointed Yan Ying as prime minister, and thus began a period of peace and prosperity for the State of Qi.

Duke Jing was married to Princess Yan Ji from the State of Yan. Their son became the crown prince of Qi, although he died during Duke Jing’s reign. Duke Jing had at least five other grown sons – possibly more – but he chose his youngest son, Prince Tu, as the new crown prince. Prince Tu was born to a mother of low status, and he was still a young boy when named crown prince.

To ensure his support, Duke Jing ordered the ministers of the Guo and Gao clans to support Prince Tu. The Duke’s other sons were exiled to the remote city of Lai. Soon thereafter, Duke Jing died, in 490 BC. 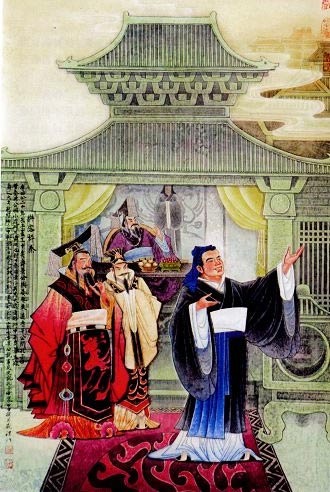 Artist’s depiction of Duke Jing of Qi with Confucius

Although Prince Tu was installed on the throne, several clans staged a coup d’etat, and Duke Jing’s son Prince Yangsheng was brought back to take over the throne. He killed Prince Tu, and became known as Duke Dao of Qi.

Duke Jing of Qi was buried at Yatou in Linzi District of Zibo, Shandong Province. On the northern side of the tomb, archaeologists discovered the sacrificial burial of 145 horses in a pit measuring 215 meters long, and surrounding three sides of the tomb.

Several years later, another 106 horse skeletons were found at the tomb, raising the total to 251. The horses are believed to have been young, between 5 – 7 years old when sacrificed. 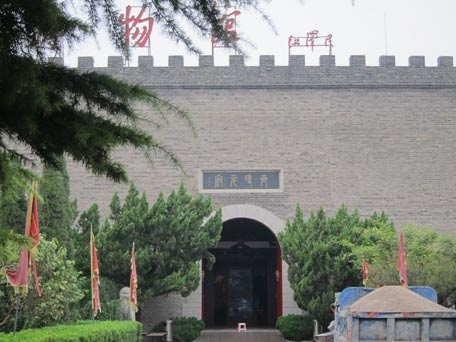 Excavations were halted in 2003 due to inadequate preparations, but archaeologists at the time estimated that there may be up to 600 more horses buried in Duke Jing’s honor, along with 30 dogs, two pigs, and six other domesticated animals. While other sacrificial horse remains have been discovered in China, this is by far the largest.

After a 16-year pause, excavations at the tomb of Duke Jing have now resumed and experts will finally be able to confirm the number of horses buried there.

Xinhua News Agency revealed that over 3,000 cultural relics were unearthed during the initial excavations, and more are expected to be found over the next 8 months as archaeologists resume explorations.

The site of the Tomb of Duke Jing of Qi now houses a museum, and is a National Historical and Cultural Site. It is under consideration to become a UNESCO World Heritage Site. 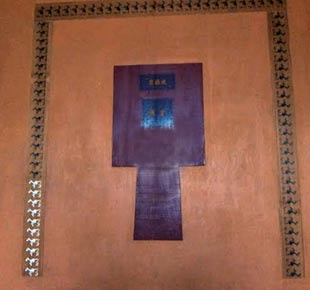 The perimeter of horses indicate the horses found in the area excavated. However, archaeologists estimated there are many more to be found, totaling around 600.

The horse remains are an incredible find, as it is difficult to imagine the complexities of a sacrifice of such a large magnitude. According to historical records, Duke Jing was infatuated with horses, which shows that this sacrifice was made as a gesture of great honor towards the fallen king.