Emma Roberts, known for her notable work in thriller and horror genres, appeared on “The Kelly Clarkson Show” and dished about her experience of working with acting legends like Diane Keaton, Richard Gere, Susan Sarandon and William H. Macy in the new rom-com “Maybe I Do”. The actress revealed that the upcoming movie offers a lot more than romance.

‘Maybe I Do’ Is About More Than Love…

Kelly Clarkson congratulated Emma Roberts on her upcoming rom-com “Maybe I Do” and expressed that she has been pretty scared of getting into relationships. Well, because love changes! Speaking about this movie, Emma stated, “It’s a story about love and all different kinds of love.”

Emma expressed her character Michelle as someone who is ready for a commitment and is ready to get married. But then, her boyfriend is scared. “And then you meet their parents and you see why they are the way they are,” she added. She added that the movie reflects that one way is not necessarily wrong, one way is not necessarily right, and “it’s all heart and it’s all feeling”. “You just kind of wonder what’s gonna happen to all of these people’s relationships,” she added.

Emma explained that “the people behaving badly in love are not the young people.” Kelly Clarkson shockingly revealed that when she watched it, she was like, “Are we gonna get doomed! Are we all gonna get unhappy?” However, she added that the movie is interesting and the dynamic of the older relationships happening, is like, sometimes you just wanna be heard and you’re not noticed anymore.

As for the characters in the movie, Emma explained that every character has their own reasons and you start to unravel that throughout the movie. “It also just shows that what I like is that people obviously want romantic love, but there are all different kinds of love,” she gushed. She explained that there are different kinds of love, like love for your child, love for your family, and love between friends that feel like family. According to her, love just doesn’t have to be romantic. People can feel valued by other kinds of love too. 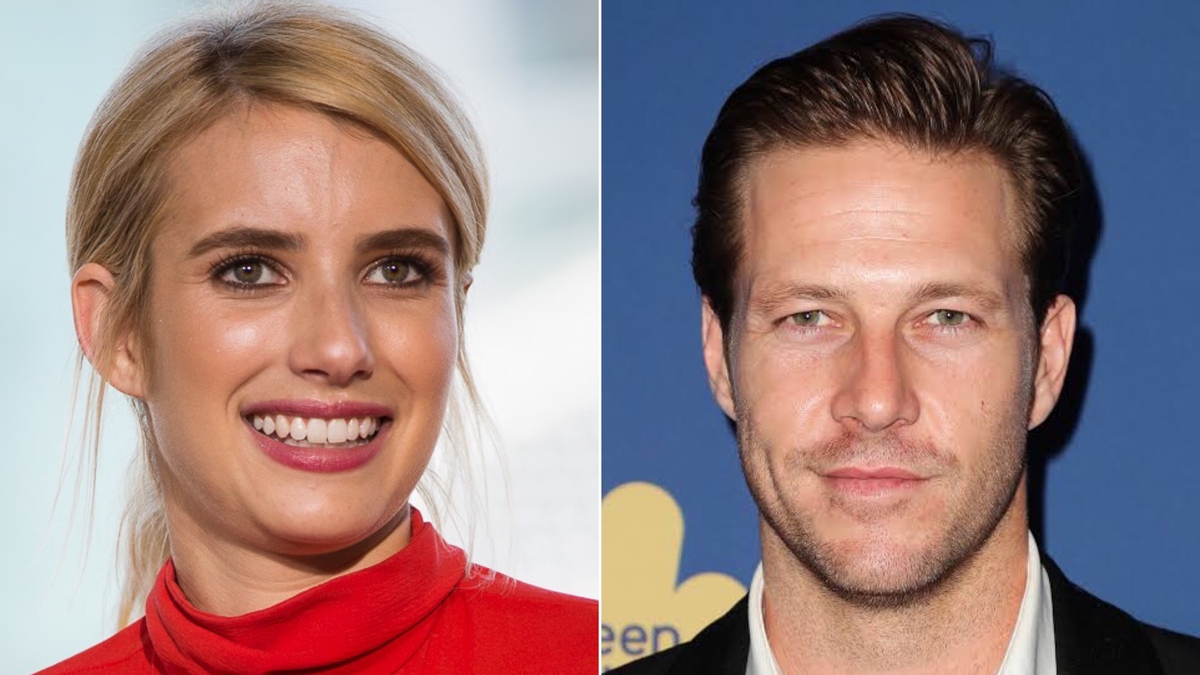 As for the cast of “Maybe I do”, Emma Roberts gushed, “The cast scene like Diane Keaton, Susan Sarandon, William H. Macy and Richard Gere, was insane,” Emma added. On this, Kelly asked her about her experience of working with Luke Bracey, with whom Emma did “Holidate”. The host told her to do more movies together as the two share the best chemistry ever.

“When I read the script and they were like, Diane Keaton’s doing it, Susan Sarandon is doing it, I was like, did you guy mean to call me,” she explained on getting a role in this rom-com. She explained that Luke was the last person to be cast in terms of her counterpart. She even called Luke and told him, “If you say no, I am going to find you and punch you.” “Maybe I Do” is an upcoming rom-com film written and directed by Michael Jacobs. The film marks his feature directorial debut and releases on Friday (Jan. 27). Well, if you’ve been missing the “holidate” chemistry, Emma and Luke Bracey are coming back to fill your hearts with love!